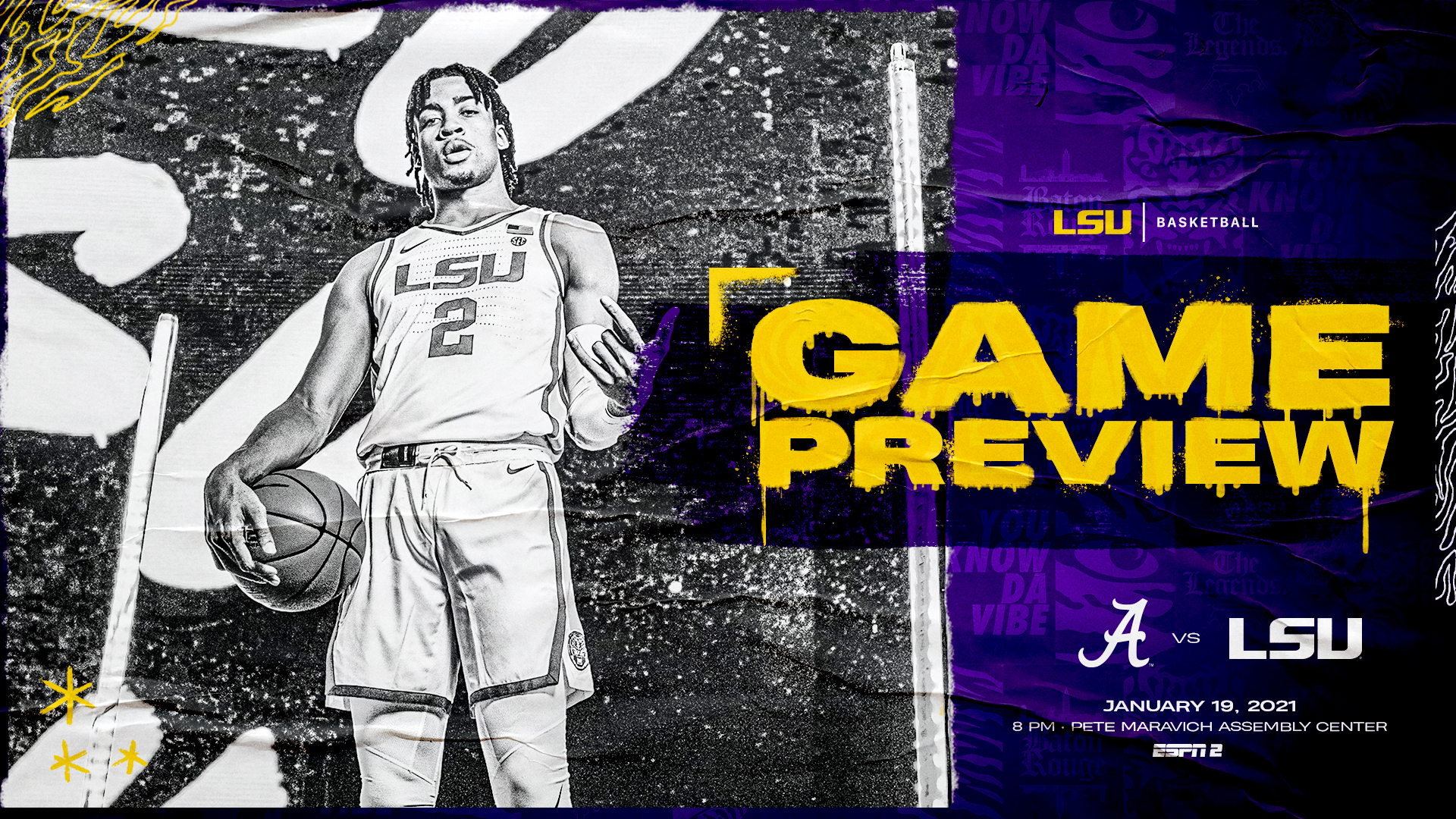 BATON ROUGE – Two of the top teams in the Southeastern Conference will meet Tuesday night at the Pete Maravich Assembly Center at 8 p.m. as the LSU Tigers host the Alabama Crimson Tide.

LSU has won at least five-of-its-first-six games in league play for the third straight season, the first time that has happened in school history.

The Tuesday night contest will be televised by ESPN2 with Kevin Fitzgerald and Dane Bradshaw. The Voice of the Tigers, Chris Blair, and former LSU head coach John Brady will have the radio call on the LSU Sports Radio Network affiliates including Baton Rouge Guaranty Media flagship Eagle 98.1 FM.

LSU is coming off an 85-80 win over South Carolina as Cameron Thomas led LSU with 25 points. Trendon Watford had his third straight game over 20 points with 23 against the Gamecocks. Javonte Smart had 13 points and Darius Days 11.

Alabama is coming off a 90-59 victory over Arkansas on Saturday, and enters the game having won seven straight and eight-of-its-last-nine games. Alabama is ranked as of the Monday poll for the first time since December of 2017.

Jaden Shackelford leads Alabama with a 13.6 points per game average, while John Petty Jr., is at 13.5. Also, in double figures are Herbert Jones and Jahvon Quinerly at 12.5 a game.

This will be the final game of a three-game homestand for the Tigers who will not have a home conference game until Feb. 6. LSU will next play Saturday at Kentucky at 5 p.m. CT on ESPN and the LSU Sports Radio Network.

With the Tuesday game, this week’s Will Wade Radio Show presented by Hancock Whitney will take place on Wednesday at 7 p.m.