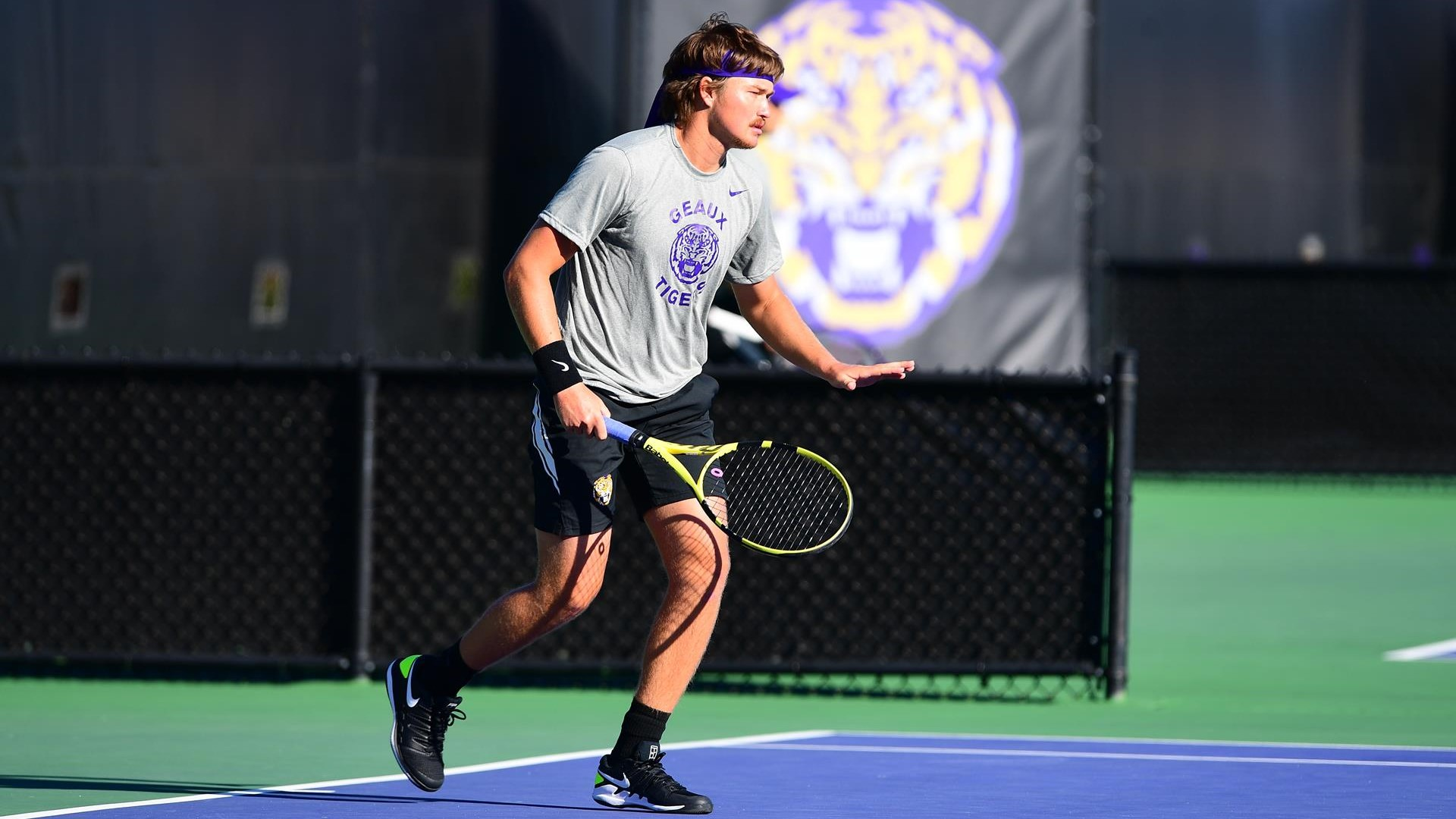 The Tigers quickly sped through singles after the conclusion of doubles. Three 6-0, 6-0 sweeps helped LSU finish the match in a little under two hours. Due to Alcorn State only having five athletes, LSU started off with a 2-0 lead. Ben Koch pushed the Tigers lead to 3-0 after a sweep over Dakota Fernandez and shortly after, Boris Kozlov secured the victory for LSU after completing the second sweep over Sanitago Rocca, putting LSU up 4-0. Joey Thomas completed the last clean sweep of the day over Kareem Bowe, pushing the lead to 5-0. The teams played the last two matches out and Ronald Hohmann put the Tigers up 6-0 after a 6-1, 6-4 victory on court one over David Pata. Malik Bhatnagar completed the 7-0 sweep after a 6-2, 6-2 win over Stojan Stojanovski.

The Tigers stay home for another date with Alcorn State on Sunday, January 17 at 10:00 a.m.