No. 5 Gymnastics Tops No. 6 Arkansas in SEC Opener 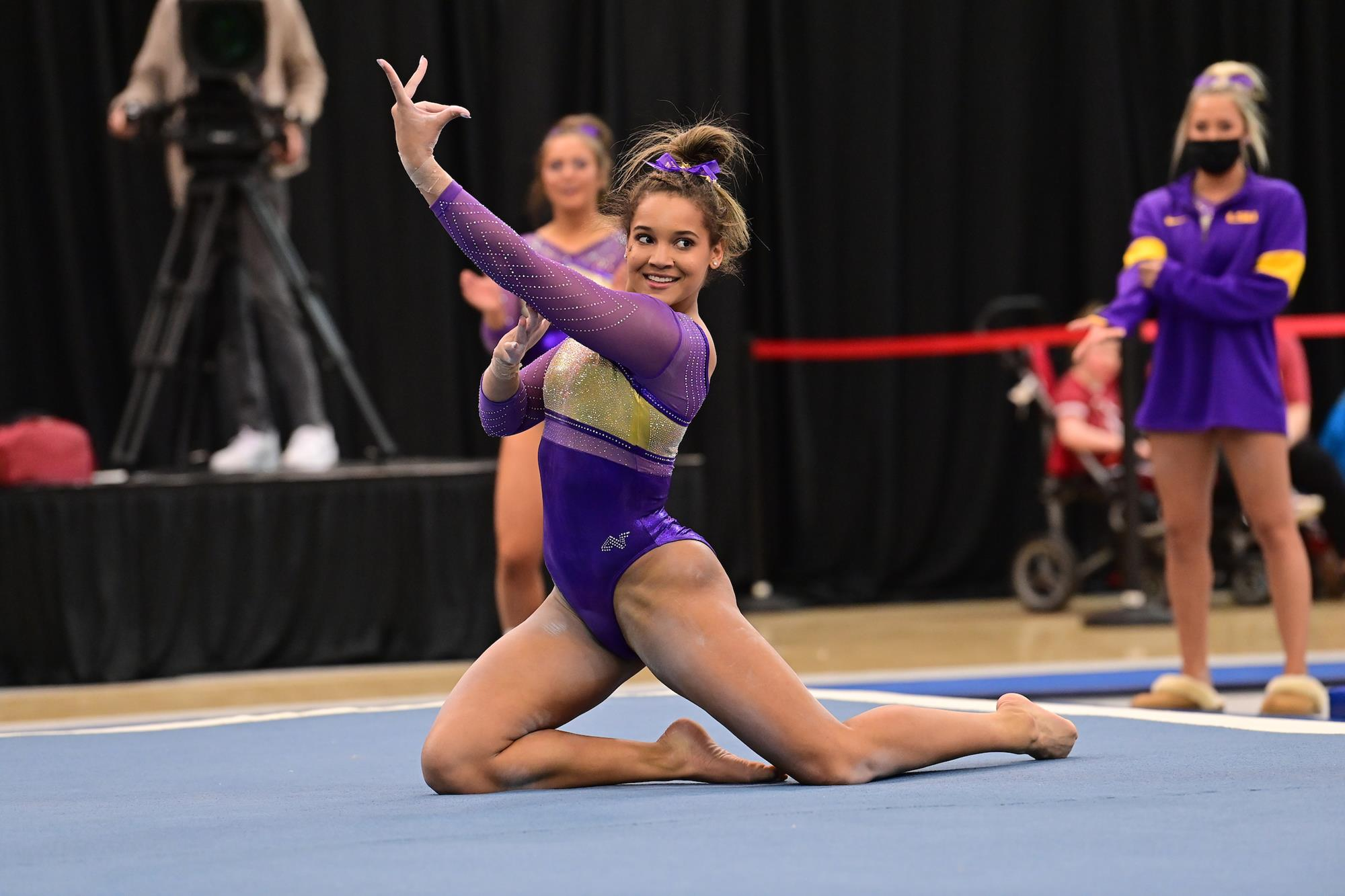 FAYETTEVILLE, Ark. – Freshman Haleigh Bryant scored a 39.600 in her all-around debut to lead the fifth-ranked gymnastics team to a 197.275-196.625 victory over No. 6 Arkansas Friday night inside Barnhill Arena.

The Tigers improved to 2-0 on the year and 1-0 in the Southeastern Conference regular season standings. The squad’s team score was a season high and the third-highest score in the country in 2021.

Bryant made her debut in the all-around and shined for the Tigers with a 9.85 on vault, career high 9.90 on bars and beam, and 9.95 on floor. Bryant’s all-around score marked the third highest in the nation this season.

“We got off to such a strong start on bars from an execution standpoint,” head coach Jay Clark said. “We had some diversity tonight and did not let up. Some of the girls had tough spots to be in and it didn’t faze them. We have plenty of places to improve, but to go on the road for the first time and get a 197 score is really important.”

Underclassmen Deliver to Start Strong
With four of six underclassmen in the Tigers’ bars lineup they delivered with huge scores to start LSU’s meet strong. Kiya Johnson and Bridget Dean each opened up with a 9.825. Freshmen Olivia Dunne and Bryant then each scored a career high 9.90. Alyona Shchennikova rebounded from her season opener with a 9.925 and Sami Durante closed out the event with a 9.875.

Bryant, Johnson One-Two Punch Lead Floor
The Tigers scored a solid 49.375 on floor to extend their lead. Dean opened with a 9.75 and senior Reagan Campbell scored a 9.85. Edwards matched her season high with a 9.875 and Bryant and Johnson ended the rotation with a 9.95 for the floor win.

Beam Clinches the Win
In a last second switch on beam for Christina Desiderio, Arenas answered the call and opened the beam lineup with a 9.825 for a career high. The lineup continued to build and after Durante’s 9.85 the trio of Bryant, Dean and Campbell ended the night with a 9.90 to seal the SEC win.

Next Up
LSU returns home to take on Georgia in the PMAC at 7:15 p.m. CT Friday. The meet will be televised on the SEC Network.