by Michael Bonnette (@LSUBonnette)
Tigers in the NFL +0 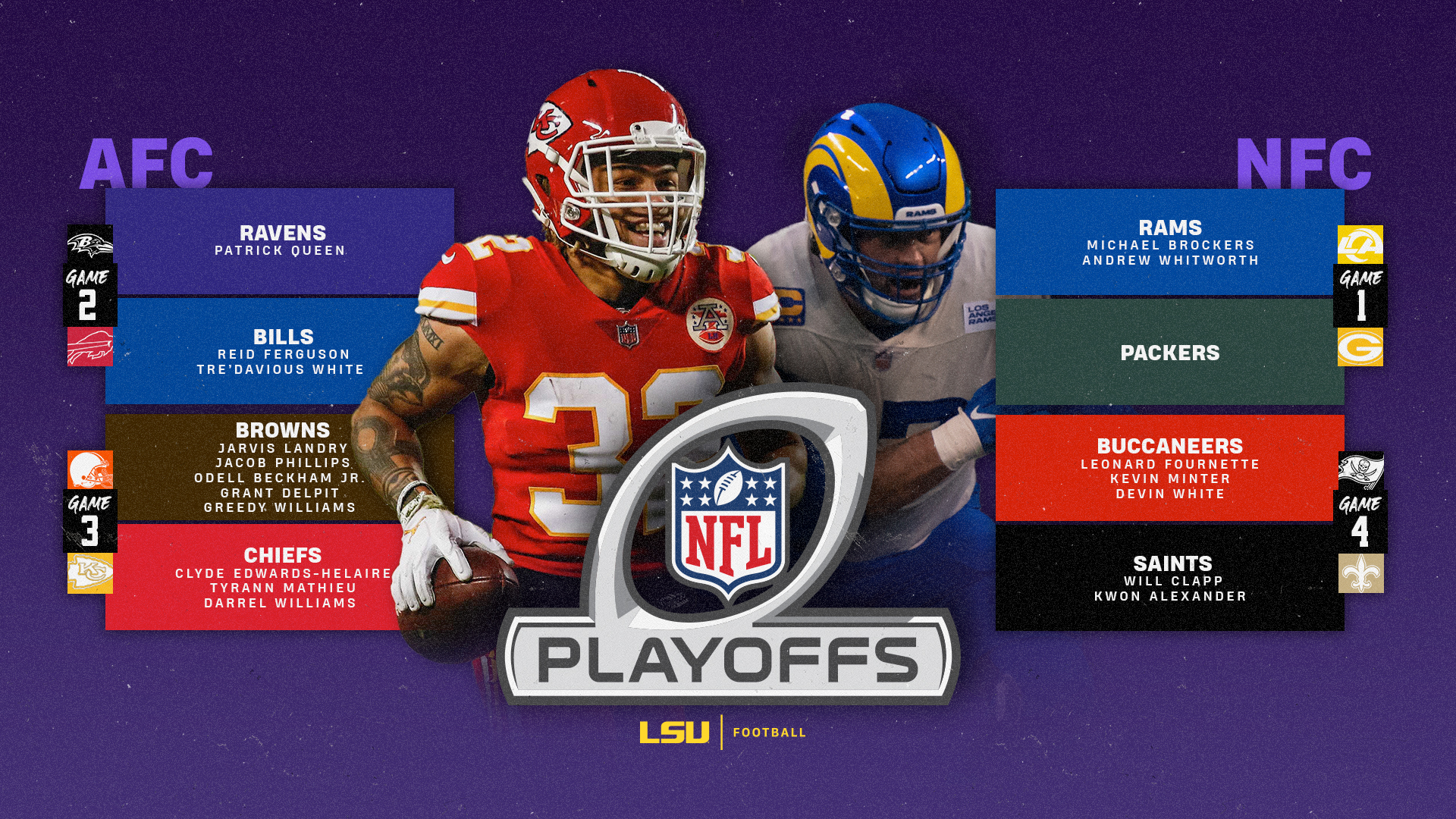 BATON ROUGE – LSU football continues to be well represented in the NFL Playoffs as 18 former Tigers moved on to the next round following last weekend’s Super Wildcard Weekend.

Of the eight teams remaining in the NFL Playoffs, LSU has at least one player on the roster of seven of those teams. Five former Tigers are on the Cleveland Browns roster to lead the way, followed by three on both of the Kansas City Chiefs and Tampa Bay Buccaneers. The only playoff team without an LSU football player on its roster is the Green Bay Packers.

Some of the highlights for former Tigers during Super Wildcard Weekend were Browns wide receiver Jarvis Landry scoring his first playoff touchdown; Leonard Fournette totaling 132 yards from scrimmage (93 rushing, 39 receiving) and a TD in the Bucs win over the Washington Football Team; Andrew Whitworth returning to action for the first time since Week 10 when he tore ligaments in his knee to help the Rams upset the Seahawks; and Tre’Davious White with seven tackles in Buffalo’s win over the Colts.

The following is a complete list of former LSU players on NFL Divisional Playoff rosters and how they fared during the Super Wildcard Weekend: