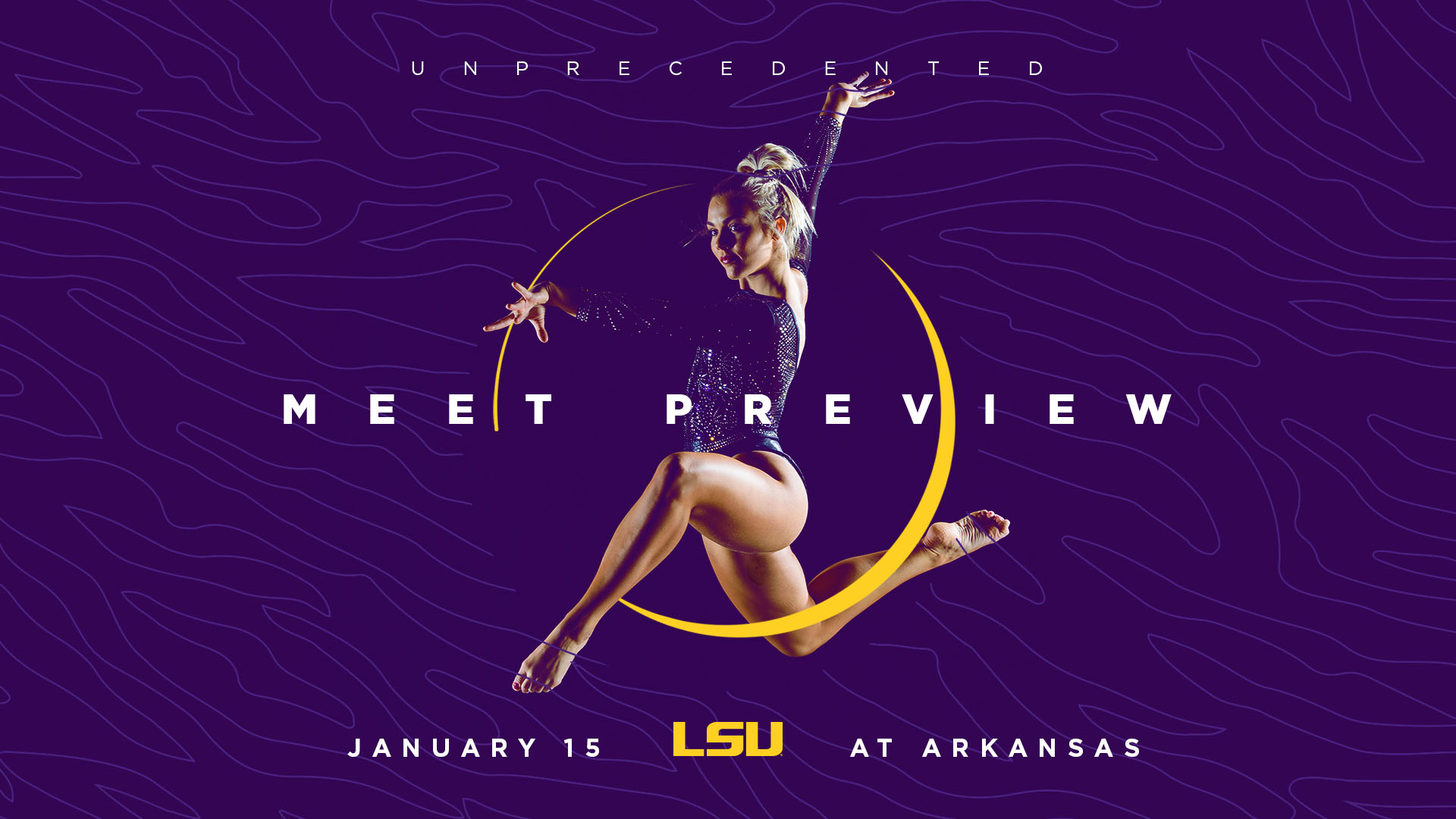 FAYETTEVILLE, Ark. – No. 5 LSU Gymnastics will take on No. 6 Arkansas in the first official meet of the Southeastern Conference season at 7:30 p.m. CT Friday inside Barnhill Arena.

The SEC opener will be televised on the SEC Network with Bart Conner and Kathy Johnson Clarke on the call. The Tigers (1-0) and Razorbacks (0-1) met a week ago in the season opener. This is the highest ranked matchup between the two teams since 2010 meeting when No.11 LSU and No. 6 Arkansas tied at 196.200 in Fayetteville.

Clark Previews the Meeting
“This team is ready to get back out there,” head coach Jay Clark said. “We had some wrinkles to iron out but it still was a really good season opening score. It is the first road meet for us so I am interested to see how this team responds to a different environment.”

Last Time Out
LSU opened the 2021 season with a team score of 196.550 to just edge out Arkansas in the PMAC. The Tigers started the first two rotations steady, highlighted by a 9.90 on vault from Haleigh Bryant and 9.90 on bars by Sami Durante. The squad struggled on beam but seniors Bridget Dean and Christina Desiderio led the team with a 9.875 and 9.90. The floor lineup came back to earn the win over the Razorbacks. Bryant scored a 9.975 in the fifth spot of the lineup and Kiya Johnson capped the night with a “walk off” and the third perfect score of her career.

Haleigh Bryant Made Her Presence Known in Debut
Bryant made her presence known in her debut against Arkansas and was named the SEC Freshman of the Week. Bryant scored a 9.90 on vault, 9.85 on bars and 9.975 on floor against the Razorbacks. Her score of 9.975 was the highest by a freshman in school history. She became the eighth gymnast in LSU history to score a 9.975 or higher as a freshman.

Kiya Johnson Owns Multiple Perfect Scores in Just Twelve Meets
Johnson opened the 2021 season with a perfect score on floor, marking the third 10.0 of her
career. Johnson scored a 10.0 on vault and beam in her debut season. The sophomore joined April Burkholder and Sarah Finnegan as the only gymnasts in school history with a 10.0 on three events. It marked the first 10.0 by a gymnast in 2021. Johnson’s 10.0 in the opening tied Ashleigh Clare-Kearney (1/5/07) for the earliest by an LSU gymnast in school history.

Series History with Arkansas
LSU owns the all-time series over Arkansas, 39-5-1 with a record of 31-4-1 in the regular season. The Tigers are 7-1- against the Razorbacks in Fayetteville and have won 20 straight in the series, which dates back to the 2012 season.