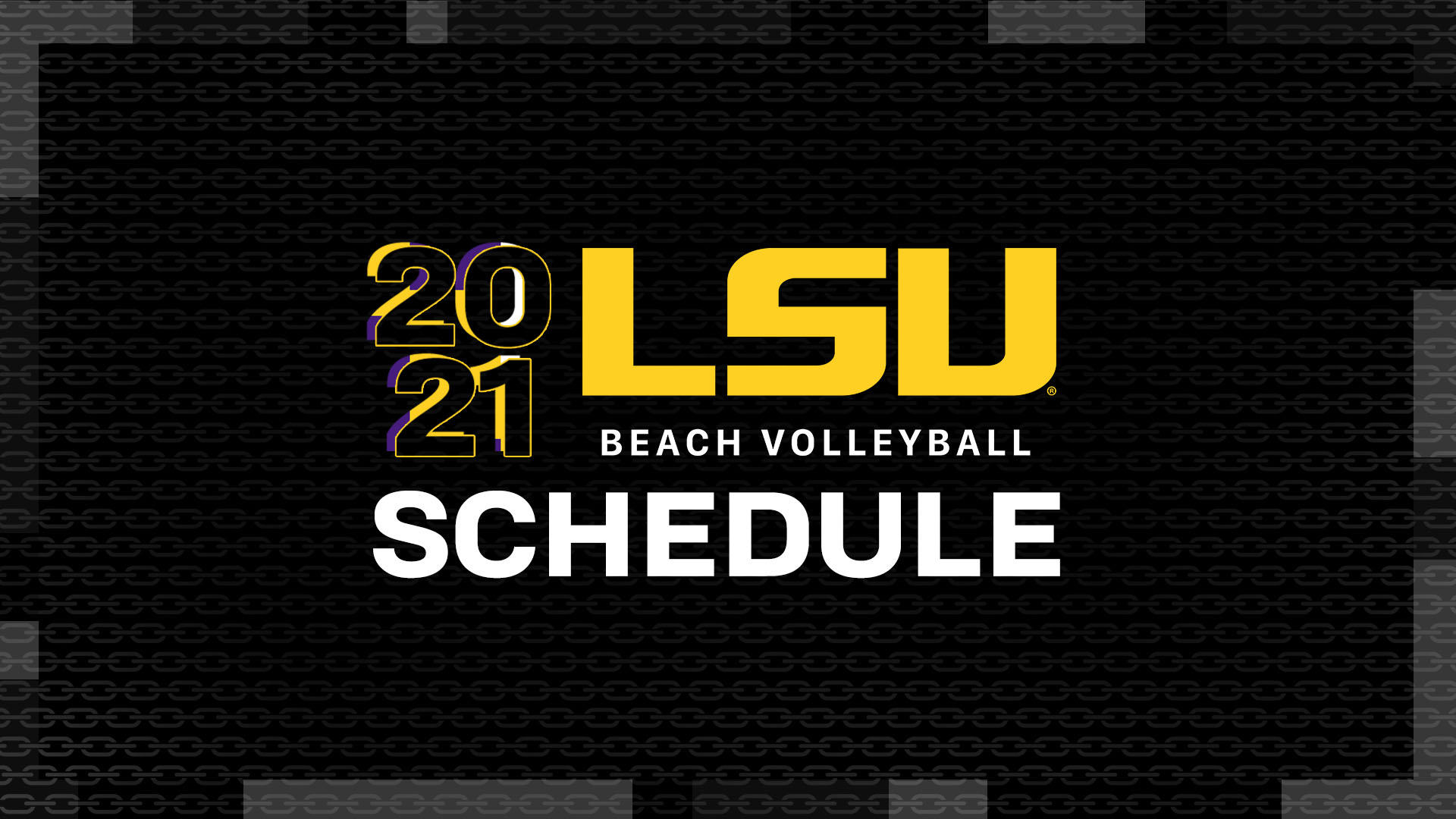 BATON ROUGE – With the season set to begin the final weekend of February, LSU Beach Volleyball Coach Russell Brock announced the tournament schedule for the Tigers in their upcoming season.

LSU is slated to host three events which will include multiple teams who are consistently ranked in the top-15 such as Florida State, South Carolina and Southern Cal, along with four away tournaments. Though the Tigers know where they will be playing their matches on certain dates, final match schedules for all of the weekends are not yet locked in and all matches/opponents are subject to change.

The Tigers will be in competition for the first time since last spring when LSU was the No. 1 team in the country before the season was ended prematurely. With the NCAA granting spring sport student-athletes an extra year of eligibility, Brock and his coaching staff returned every member from last year’s historic team and also added five freshmen plus a graduate transfer.

LSU will open its season in Texas at the Houston Baptist Tournament and is set to face HBU, Louisiana Monroe and Texas A&M-Corpus Christi February 26-27.

The following weekend the Tigers will be at home at LSU Beach Volleyball Stadium, the premiere college beach volleyball facility in the nation, for the Tiger Beach Challenge, March 6-7. LSU will play host to HBU, Georgia State, Florida Atlantic and Florida State, a team consistently in the nation’s Top-10.

LSU will make the drive to Gulf Shores the following week, March 13-14, for UAB’s March to May. The list of teams who will be in attendance includes UAB, TCU, Stetson, Florida State, Georgia State, Tulane and Grand Canyon, though it is still uncertain which combination of those teams will land on the Tigers’ schedule.

On March 20-21 the Tigers will host the LSU Beach Invitational. The Tigers are slated to compete against three-time national champions Southern Cal in a premiere matchup along with South Carolina, New Orleans, HBU, Southern Mississippi and TAMUCC. LSU will have the following week off.

Following their trip to the west coast, the Tigers will host UNO, Spring Hill, Central Arkansas, Texas A&M-Kingsville and ULM April 9-10 for the Battle on the Bayou.

LSU will finish the regular season with another Gulf Shores trip, April 17-18, for a tournament hosted by Florida State with Tulane, Southern Mississippi and TCU also in attendance.

The following week, the Tigers will travel to Huntsville, Alabama for the CCSA Tournament April 23-25.

The NCAA Championship tournament will feature the nation’s top eight teams in Gulf Shores May 7-9.