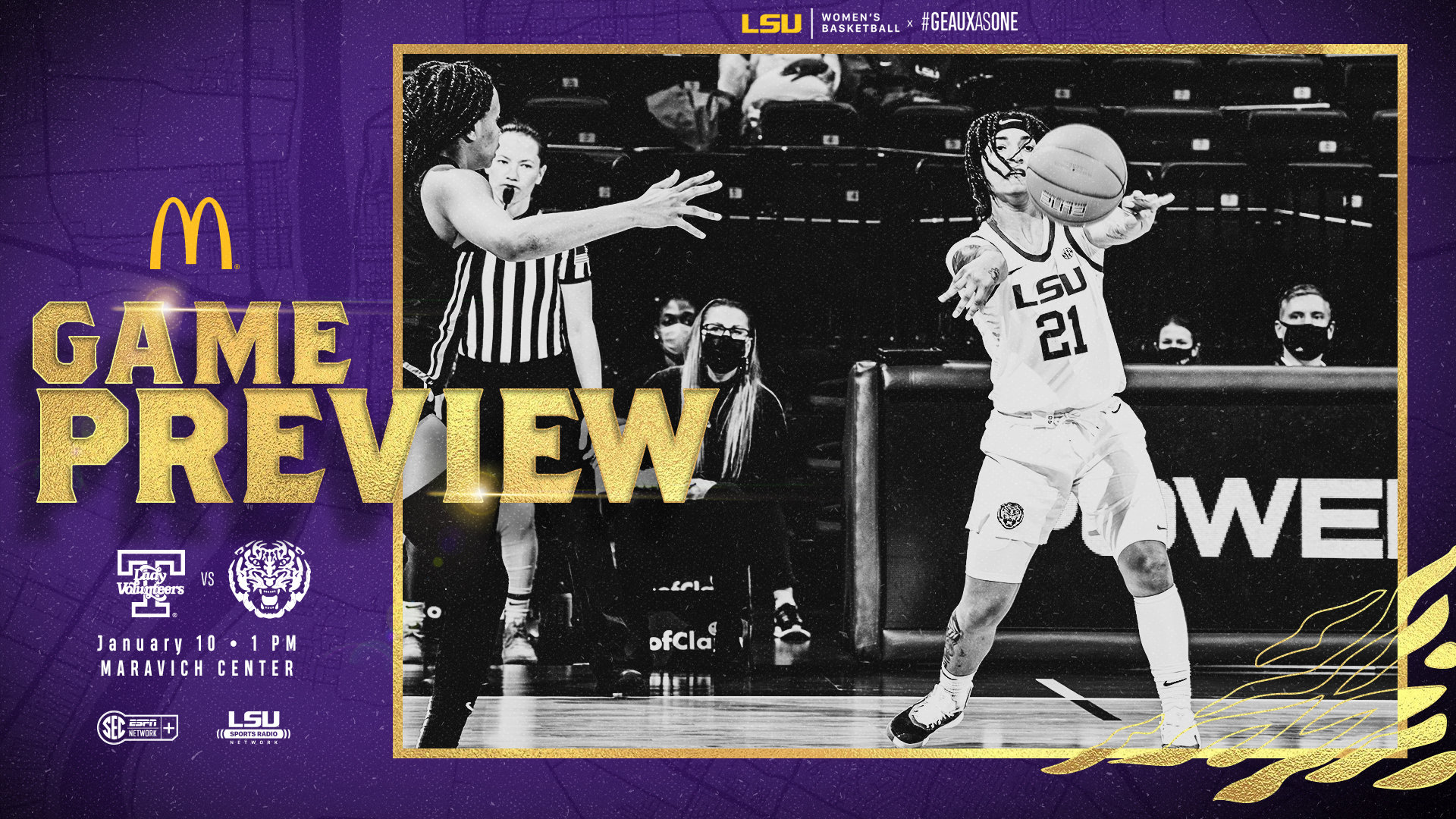 BATON ROUGE, La. – The LSU women’s basketball team returns to the Pete Maravich Assembly Center on Sunday, January 10 at 1 p.m. CT against Tennessee. The Tigers are 4-5 overall and 2-1 in SEC play, while the Lady Vols are 7-1 and 1-0 in SEC action.

The game will be broadcast on SEC Network Plus with Lyn Rollins and Victor Howell calling the LSU-produced game from the LSU studios. Fans can watch SECN+ on the internet at ESPN.com/watch or on the ESPN app. A link to the game is available on LSUsports.net.

LSU is 4-5 on the season and is 2-1 following Thursday night’s 67-59 loss at Alabama. Redshirt senior Faustine Aifuwa recorded her fifth double-double of the season with 14 points and 10 rebounds, while senior Khayla Pointer led all scorers with 25 points. Sophomore Tiara Young pitched in 12 points and six rebounds from off the bench.

Pointer leads LSU with 14.3 points, 4.6 assists and 2.8 steals per game. Aifuwa leads the squad with 9.6 rebounds and 1.6 blocked shots per game. She is also the second leading scorer on the team with 11.4 points per game.

Tennessee is 7-1 overall and 1-0 in SEC play. The Lady Vols picked up an 88-73 win over nationally-ranked Arkansas on Thursday in their first game following a pause for COVID challenges. Tennessee is led by Rae Burrell with 17.8 points per game and Rennia Davis with 14.0 points per game.

Tennessee leads the series 51-16, and has a 15-9 edge in Baton Rouge. The teams split a pair of games last season with each team winning on its home court.

Tickets are available for the Tennessee game on Sunday and Thursday’s game against Texas A&M in the PMAC. Single game ticket prices are $7.00 for adults and $5.00 for youth ages 3-12. To order season and single-game tickets for LSU women’s basketball home games, go to LSUtix.net.