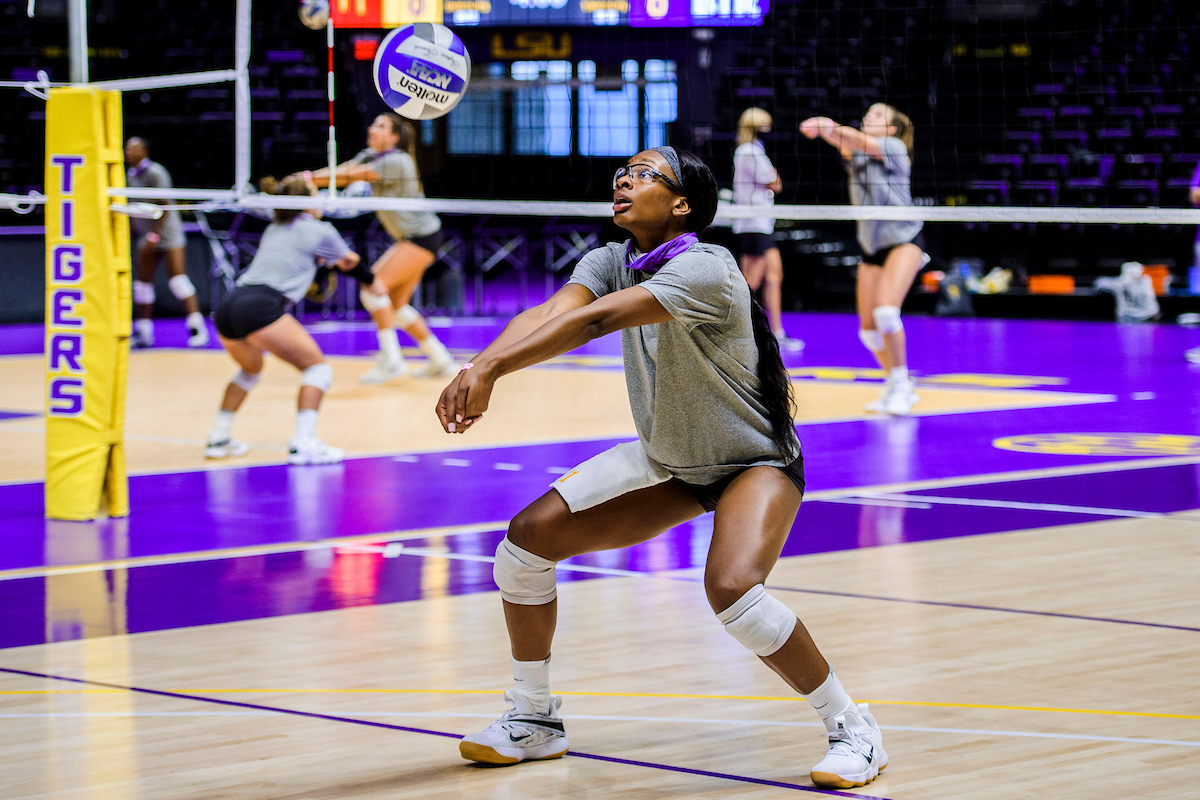 BATON ROUGE – The LSU Volleyball team began practice Friday morning for the spring portion of its schedule which will be a continuation of the season that began in the fall.

The Tigers, who were 3-3- in the fall, will continue their season on January 29 with matches on back-to-back days at Missouri. The spring schedule will look just like the fall schedule in that it will be SEC only and teams will face each other in two matches over consecutive days with one opponent per week.

In the coming spring LSU is scheduled to face every SEC opponent that was not on its schedule during the fall.

Over the fall, LSU began the season at Texas A&M with two losses. The Tigers came back strong in its next set of matches against Mississippi State though, evening their record at 2-2. LSU faced Alabama in Tuscaloosa next and avenged a defeat in the first match with a sweep in match No. 2, keeping an even record. The Tigers were scheduled to face Ole Miss to close out the fall, but those two matches were ultimately postponed and it is still unclear if and when they will be made up.

The Tigers excelled defensively in the fall and head into the spring with the most digs per set (16.57) in the conference. The Tigers limited opponents to hitting .204 for the fourth highest mark in the SEC. The middle blockers showed physical prowess at the net, affecting opponent’s shots and allowing the defense to work.

Senior libero Raigen Cianciulli also continued to climb up the LSU record books throughout the fall and jumped into the No. 2 spot on LSU’s all-time digs list. She needs 49 digs to take over the program’s digs record.

Freshman outside hitter Paige Flickinger made an immediate impact for the Tigers and finished with two double-doubles in six matches. She led LSU with 67 digs throughout the fall added 39 kills and five service aces. Freshman middle blocker Alia Williams and outside hitter Dylan Maberry were two other first year players who showed that they can make an impact on the court, both consistently improving throughout the fall to being a valuable pieces in the lineup.

On balancing this spring with competition and development…

“We are trying to balance our evolution as volleyball players and the maturation of our players in our system physically that we usually gain in the spring with a competitive season. I’m excited about it because our team came back in super good shape – great fitness level. They worked really hard over the holiday. They are very prepared to be back which will make us that much more successful. Experience is the best teacher and none of us have experienced this so we’re all kind of throwing darts in the dark right now to see who will do it right. The bottom line is we are playing volleyball and we are thrilled and appreciative to have the opportunity and expect to make the best of it.”

“Or first line of defense has to improve. Our back line of defense was pretty high in the league and we extended rallies a lot. I think you improve the backcourt defense with the accuracy we are digging with so that we have great transition swings. That comes from our first line of defense being good. Our blocking has to improve. We are going to work really hard the first 21 days of preseason to become a great blocking team and understand blocking at a higher level. Offensively what we need to do is we need to take care of the ball. Our first contact has to be better and our shot selection has to be better. Those are our focus points for our preseason and I expect to make great progress.”

“Everybody will be more comfortable walking in. We know all of the freshmen’s skillsets. We know how the freshmen are going to impact us. Our offensive system will be better. Our defensive system will be better this semester compared to last because we will better know how to implement the strengths of the freshmen a little better. And our upper classmen came in at a different level just in this first practice. They are super focused and supper confident and being able to build on that will be a real positive.”