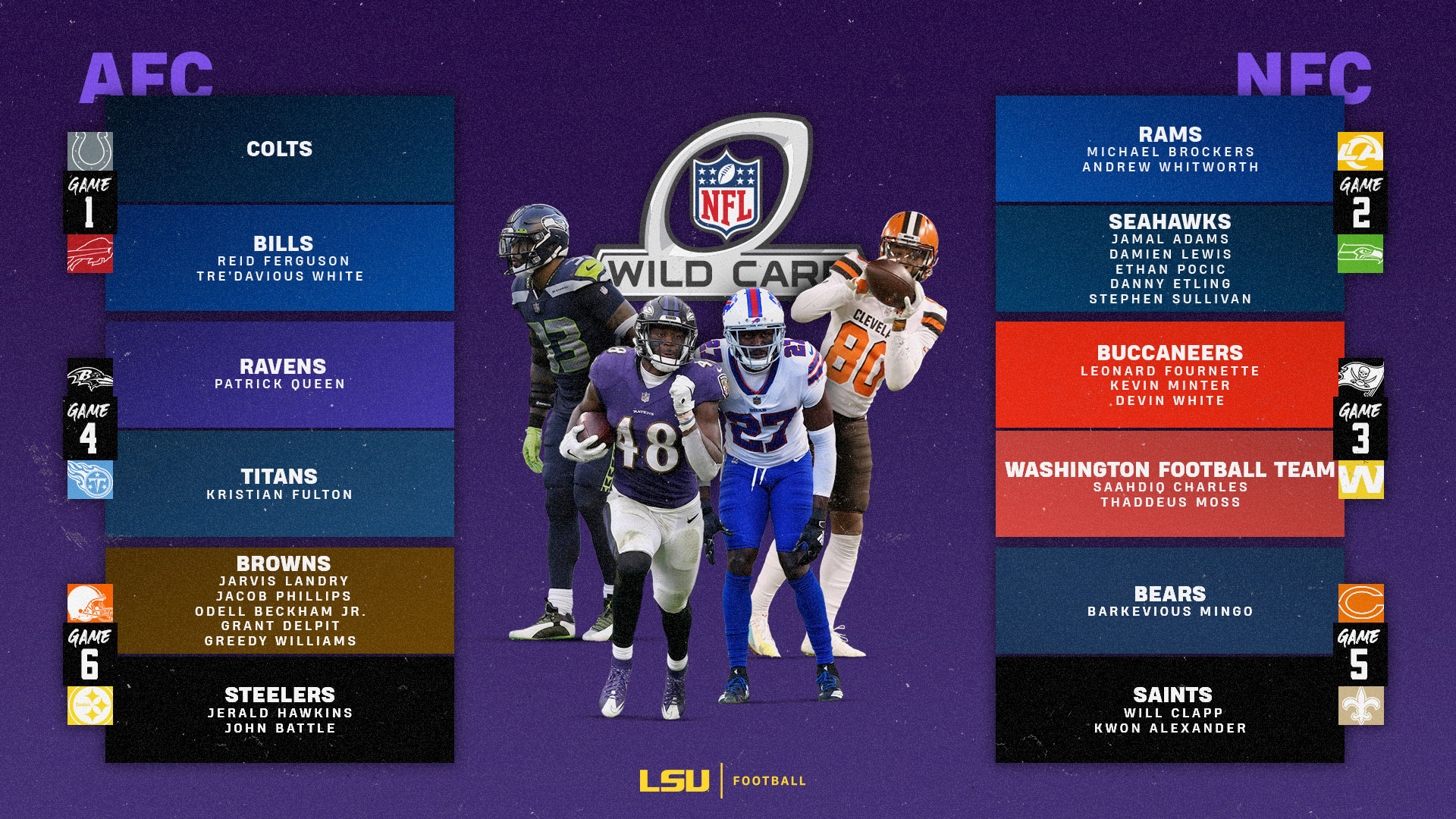 BATON ROUGE – The LSU football program will be well represented when the NFL Playoffs start this weekend as 31 former Tigers are on rosters of playoff teams.

Of the 31 LSU players taking part in the NFL Playoffs, 19 are on active rosters, seven are on injured reserve and five are on practice squads. Among LSU’s 19 active players in action for the playoffs, 12 are listed as starters for their respective teams.

LSU has three players each on the active rosters of the Kansas City Chiefs, the Tampa Bay Buccaneers and the Seattle Seahawks. All three Tigers on the Seahawks roster are starters – safety Jamal Adams, center Ethan Pocic and offensive guard Damien Lewis. LSU features two starters on the Chiefs (running back Clyde Edwards-Helaire and defensive back Tyrann Mathieu) and a pair of starters for Tampa Bay (linebacker Devin White and running back Leonard Fournette).

The NFL Playoffs get underway with three games on Saturday followed by three more contests on Sunday.

The following is a complete list of former LSU players on NFL playoff rosters: