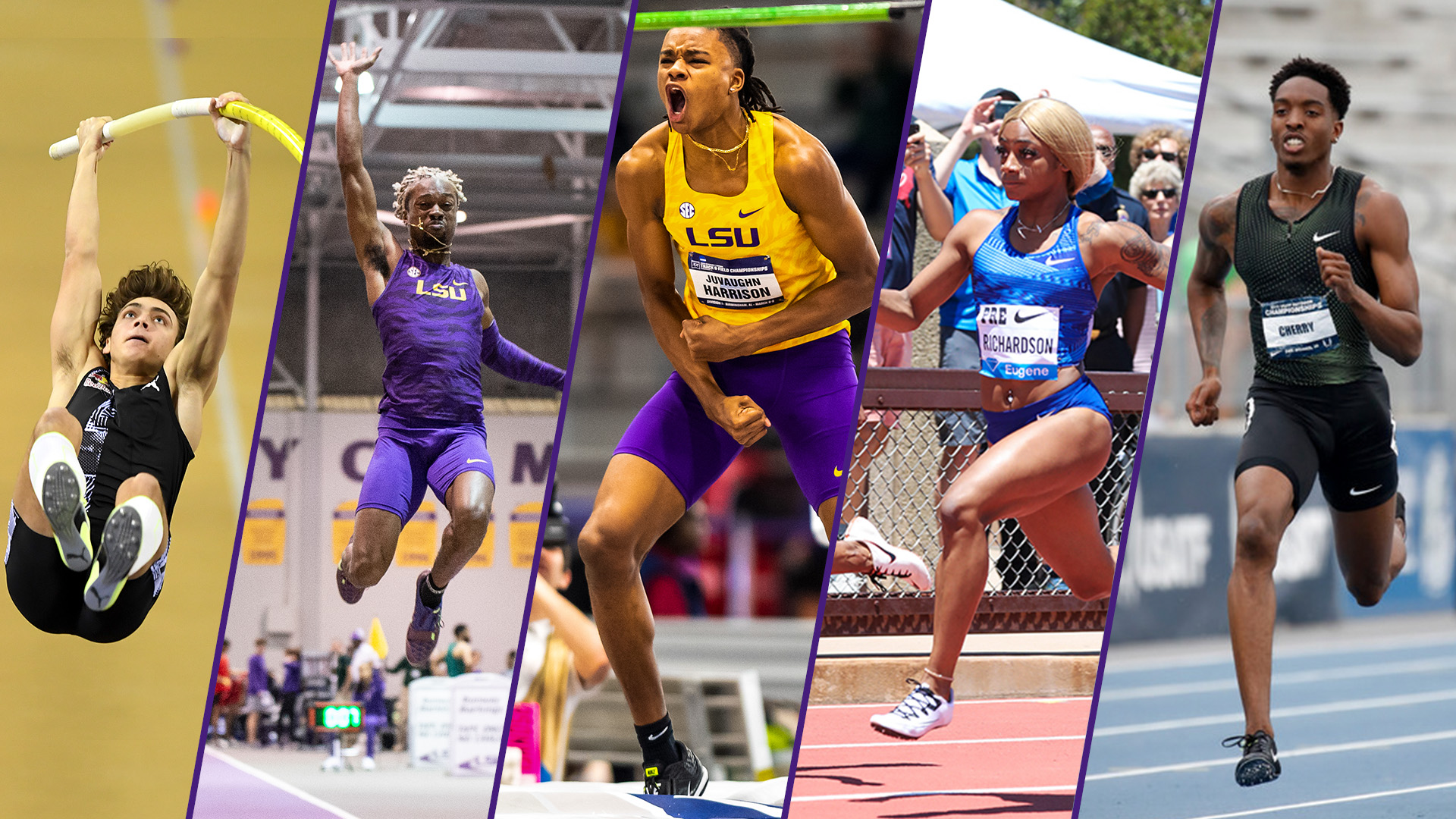 Baton Rouge, La. –  The LSU track and field program had five athletes (two current, three former) recognized by Track & Field News in recent days for their performances during the 2020 season.

LSU’s two current members of the roster that were honored are JuVaughn Harrison and Rayvon Grey. They earned the distinction of top American performers in their respective disciplines – the high jump for Harrison and the long jump for Grey. Harrison won the 2020 SEC indoor title in the high jump with a clearance of 7′ 5″. Harrison didn’t have the highest jump of 2020 by an American, but he was the most consistent as he was the only man to clear at least 7′ 5″ three times. Harrison’s best clearance of the 2020 season came at the Tyson Invitational when he got up and over a bar of 7′ 5.75″.

Harrison (2) and Grey (1) have combined to win three national titles while competing for LSU. Harrison became the first man in NCAA history to win both the long and high jump national titles at the same meet when he completed a clean sweep at the 2019 NCAA Outdoor Championships in Austin, Texas. Grey won his first national title in 2019 during the indoor season with a long jump of 26′ 1.75″ at the NCAA Indoor Championships in Birmingham, Alabama. Harrison will compete for the Tigers during both indoor and outdoor this season, while Grey has eligibility remaining for the outdoor season.

Mondo Duplantis, Sha’Carri Richardson, and Michael Cherry were the three professional representatives of the LSU track and field program recognized. Duplantis was a no brainer as he was named the 2020 World Athletics Male Athlete of the Year as he broke the world indoor record twice and the world outdoor record. His world record clearance of 20′ 3.25″ in the pole vault was registered on February 15 in Glasgow. Duplantis went 16-0 on the season and had nine of the 10 best clearances in the world.