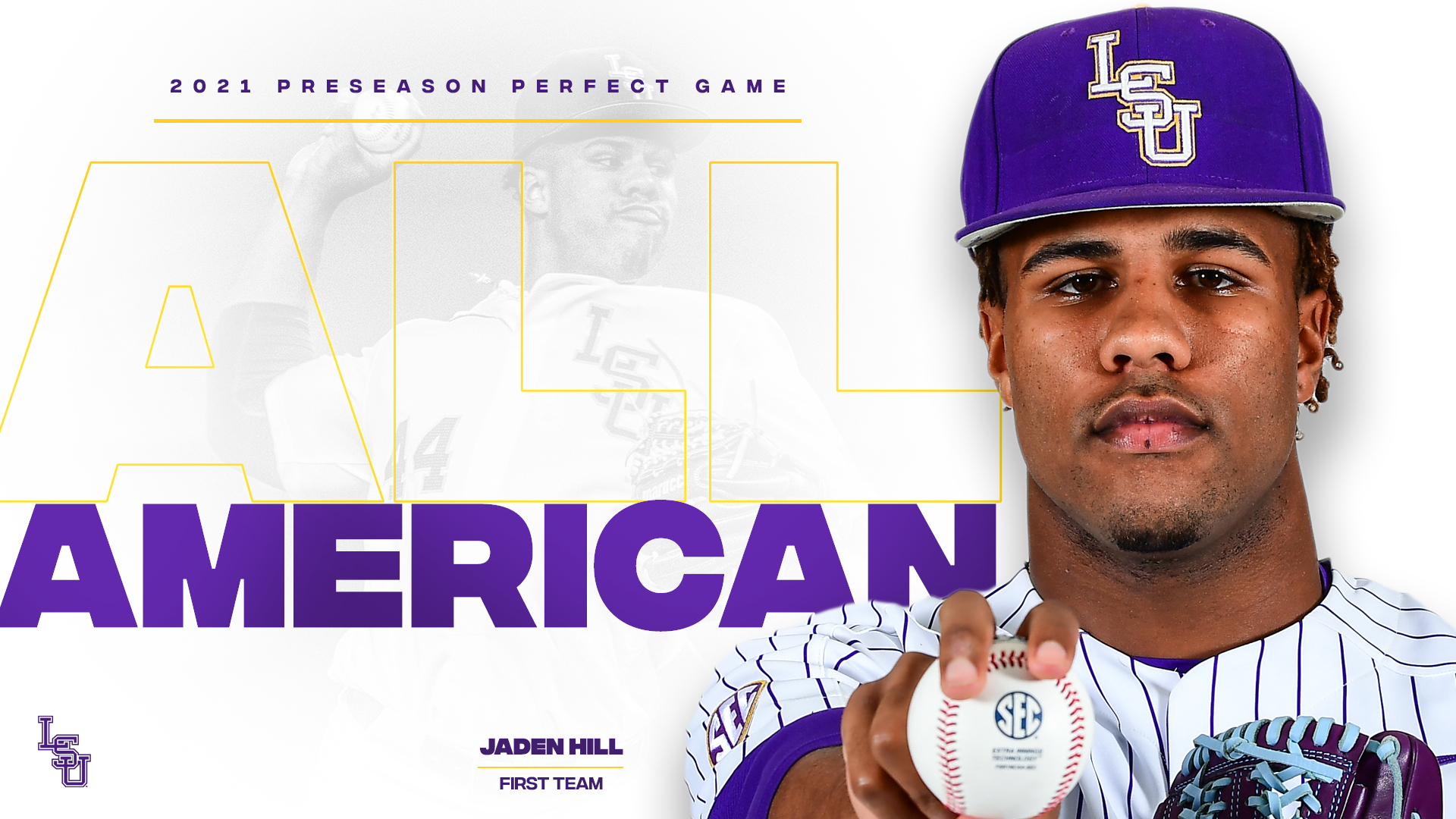 Hill, a junior right-hander from Ashdown, Ark., allowed just one hit in 11.2 innings in the shortened 2020 season while recording 17 strikeouts. Opponents batted only .028 (1-for-36) against him during the year.

Hill made his first appearance in a game in nearly a year when he worked two relief innings versus Indiana on February 15, 2020. Hill, who was sidelined in 2019 by an elbow injury, was dominant in the outing, firing two shutout frames with no hits, one walk and three strikeouts. His fastball was consistently clocked in the upper 90s, peaking at 98 mph.

Hill and his LSU teammates are scheduled to begin their full-squad preseason practice sessions on Friday, January 29. LSU’s 2021 schedule of games should be finalized in the coming weeks.

LSU is No. 7 in the Collegiate Baseball preseason poll, and the Tigers are No. 8 in the Perfect Game Top 25.