Women’s Basketball Continues On The Road At Alabama 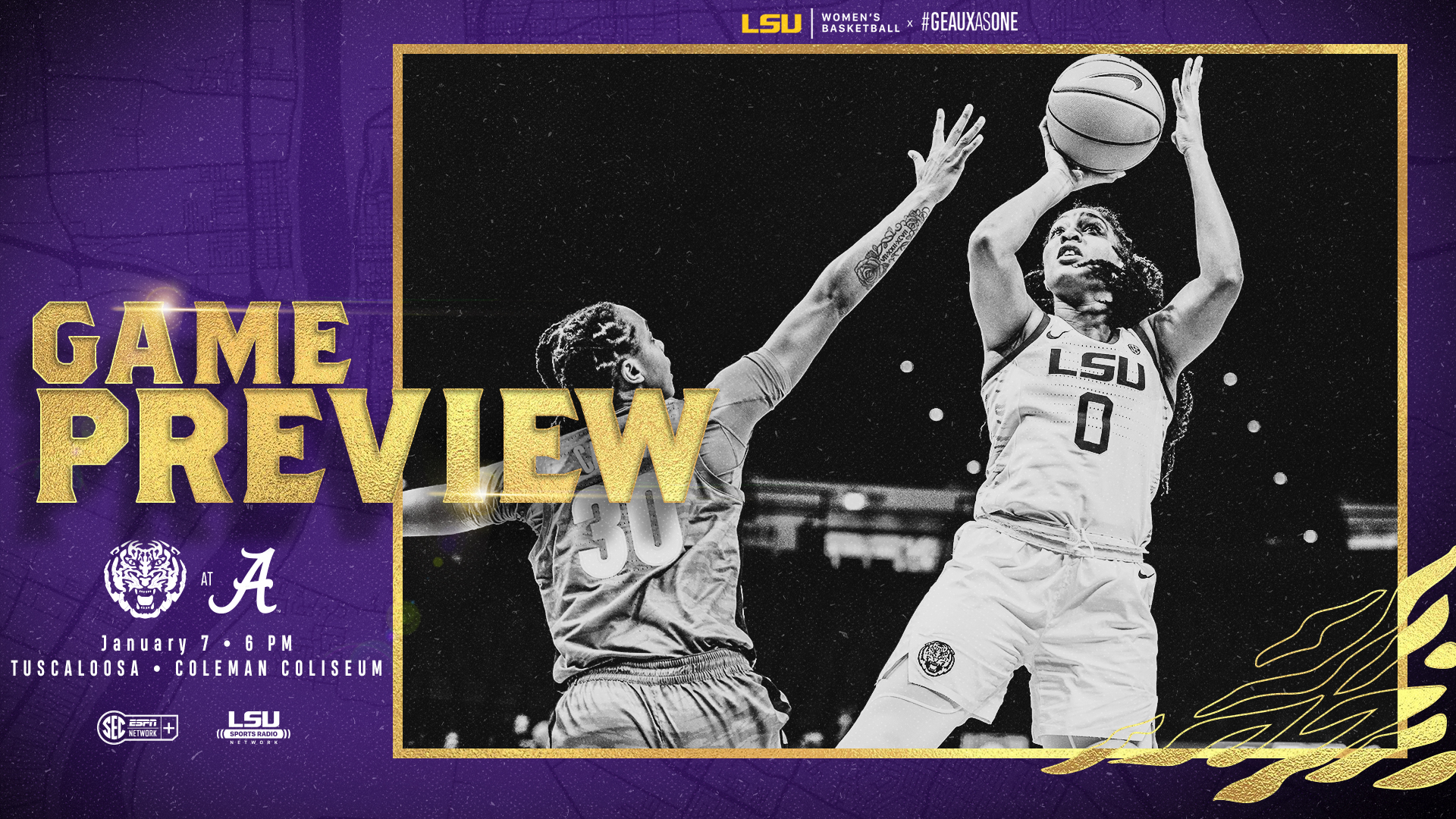 BATON ROUGE, La. – The LSU women’s basketball team continues its two-game road trip with a final stop in Tuscaloosa to face Alabama on Thursday, January 7 at 6 p.m. CT. The Tigers are 4-4 overall and 2-0 in SEC play, while the Tide are 8-1 and 1-1 in SEC action.

The game will be broadcast on SEC Network Plus with Eli Gold and Rick Moody calling the Alabama-produced game from Coleman Coliseum. Fans can watch SECN+ on the internet at ESPN.com/watch or on the ESPN app. A link to the game is available on LSUsports.net.

LSU is 4-4 on the season and sits atop the SEC standings at 2-0 following Monday night’s 77-69 overtime victory at Ole Miss. Redshirt senior Faustine Aifuwa led the way with a career-tying 20 points and seven rebounds. Senior Khayla Pointer recorded her first double-double of the season with 18 points and 12 assists, accounting for over half of LSU’s point production. Sophomore Tiara Young came off the bench for a season-high 16 points and a career-high eight rebounds, while senior Karli Seay scored a career-high 13 points from off the bench.

Pointer leads LSU with 13.0 points, 4.5 assists and 2.6 steals per game. Aifuwa leads the squad with 9.5 rebounds and 1.8 blocked shots per game. She is also one of the top offensive rebounders in the country with 4.0 per game.

Aifuwa is next up on the 1,000 career points watch list with 839 points and a 9.5 scoring average over the first eight games of the season. Aifuwa needs 13 blocks to move past Julie Gross (178; 1978-80) for second place on the LSU career blocks list.

LSU leads the series 42-19, while Alabama has a slight edge in Tuscaloosa at 14-13. The Tigers won last year’s meeting in Baton Rouge, 71-60 and have a current three-game win streak in the series.

LSU will host Tennessee on Sunday, January 10 in its next game at the PMAC. Single game ticket prices are $7.00 for adults and $5.00 for youth ages 3-12. To order season and single-game tickets for LSU women’s basketball home games, go to LSUtix.net.