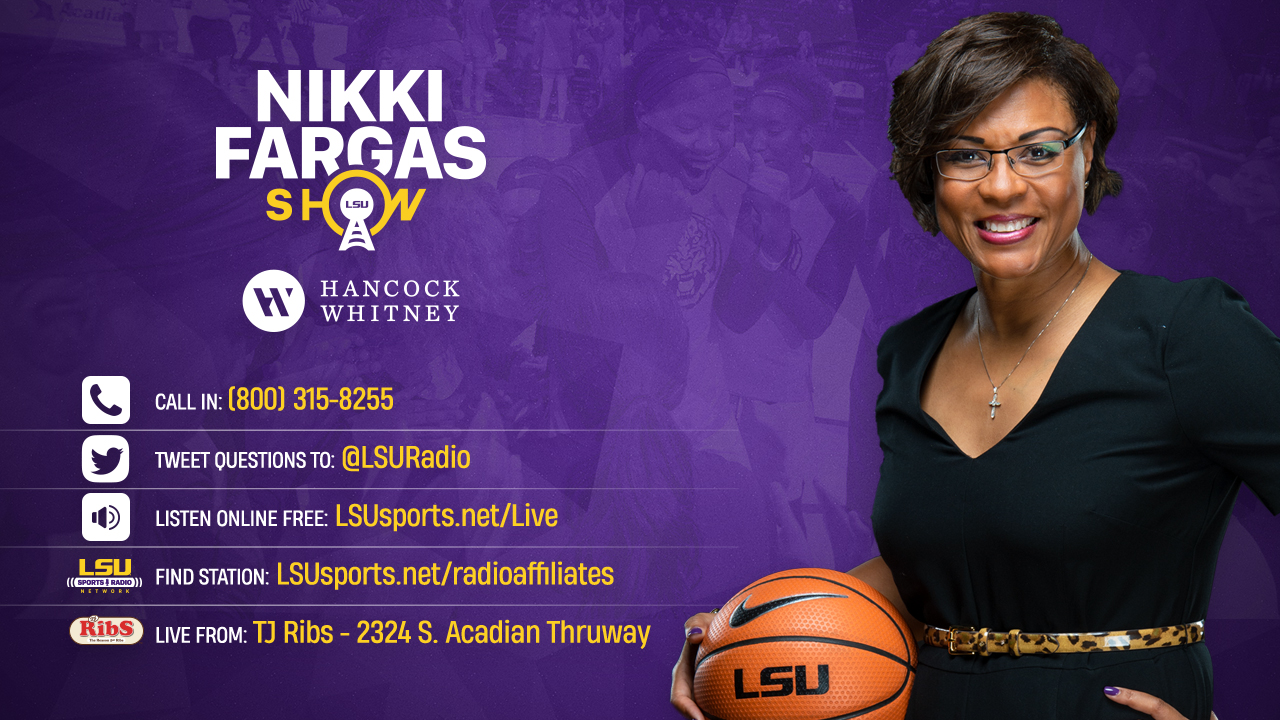 The hour-long radio show will be held live at TJ Ribs on Acadian Thruway from 6 to 7 p.m. CT. Fans can listen in Baton Rouge on 107.3 FM, online at LSUsports.net/live and in the LSU Sports Mobile apps. A televised re-broadcast of the show will air on COX Sports Television at 8:30 p.m. CT.

Coach Fargas is with the team on a six-day road trip and will call in from Tuscaloosa, Ala., at the start of the show. Her Tigers are 2-0 in SEC play following a 77-69 overtime win at Ole Miss on Monday.

Clark enters his first season as head coach of the Fighting Tigers. His squad is ranked No. 3 in the WCGA preseason poll, returns 14 gymnasts and welcomes a talented freshman class. The LSU Gymnastics team will open the 2021 schedule against Arkansas at 7:15 p.m. Friday inside the PMAC. The meet will be televised on the SEC Network.

Torina is in her 10th season as the head coach of the LSU Softball team. She has led LSU to the pinnacle of softball, the Women’s College World Series, four times during her tenure. Torina is closing in on 400 wins as the leader of the Fighting Tigers. The squad kicks off practice this week in preparation for the 2021 season.