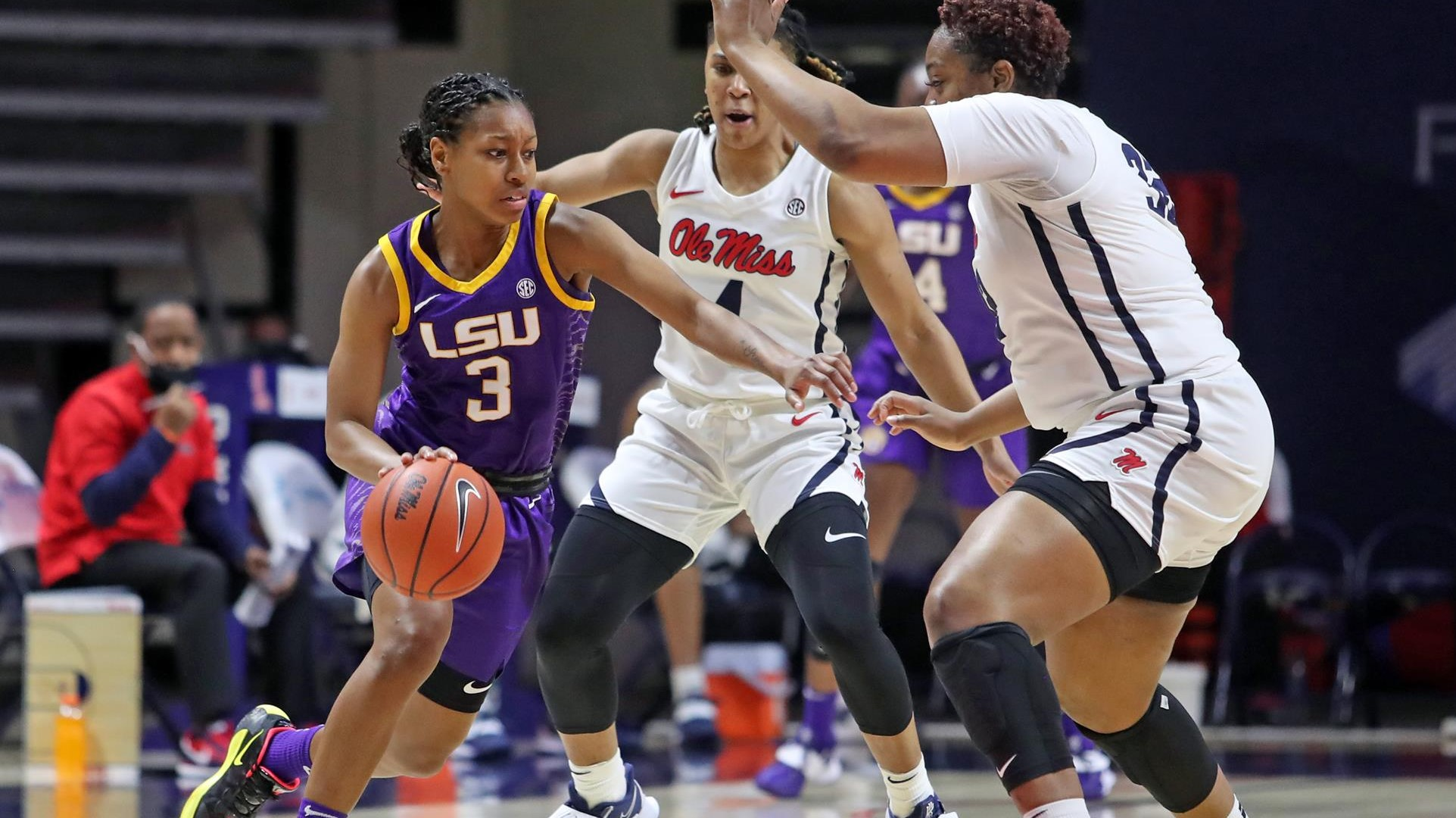 OXFORD, Miss.— The LSU women’s basketball team hit the road Monday to take on the Ole Miss Rebels in The Pavilion after a thrilling comeback victory against Auburn on New Year’s Eve in the PMAC. The Tigers took down the Rebels in overtime, 77-69.

This matchup was originally scheduled for Sunday, Jan. 3 but was postponed to Monday, Jan. 4, due to COVID concerns within the Ole Miss program. The Rebels dressed eight out of their 12 players and LSU took advantage of the numbers down the stretch with two Rebels fouling out.

Senior Khayla Pointer had one of her strongest games of the season posting a double-double, the fourth of her career and her first of the season. She finished with 18 points, a season-high, and 12 assists, matching her career-best. With her performance, Pointer sits at No. 11 on the LSU career assists list with 377. She surpassed former Tigers Brenda McGuffee (370; 1976-78) and Jeanne Kenney (372; 2010-14). Pointer needs seven assists to move into a three-way tie for ninth place with Marie Ferdinand (384; 1997-2001) and Latasha Dorsey (384; 1996-99). Pointer also filled her stats line with five rebounds and team-high three steals.

The Tigers will remain on the road and head to Coleman Coliseum to take on the Alabama Crimson Tide, Thursday, Jan. 7. The matchup will be streamed on the SEC Network Plus at 6 p.m. CT. As always, you can listen to the Voice of the Tigers, Patrick Wright, broadcasting on 107.3 FM in Baton Rouge.