Men’s Basketball Named BASF Team of the Month For December 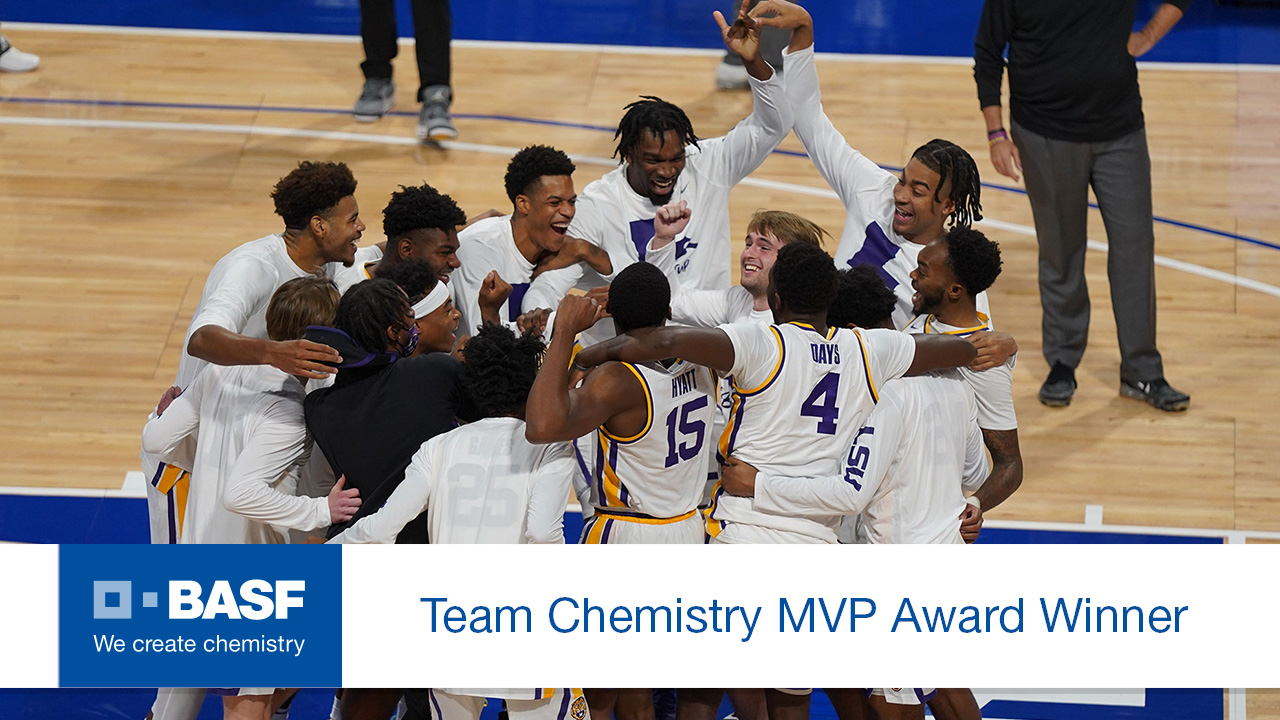 Baton Rouge, La. – A perfect 4-0 record in the month of December earned the LSU men’s basketball team BASF Team of the Month honors.

The Tigers picked up three nonconference wins in December and opened SEC play with a  77-54 win over Texas A&M on December 29.

LSU started the month with an 86-55 win over Louisiana Tech in the PMAC on December 6. Five LSU players scored in double digits in the game with Trendon Watford leading the way with 18 points; the Tigers took a 19 point lead into halftime before they outscored the Bulldogs by 12 in the second half for a convincing 31-point victory.

LSU returned to the PMAC  eight days later and won a morning showdown with Sam Houston State on December 14. Javonte Smart was the offensive catalyst in the contest with 25 points on 11-of-15 shooting, including three treys. Cameron Thomas dropped in an easy 19 points and Darius Days collected his first double of the season with 16 points and 10 boards.

The Tigers wrapped up nonconference play in 2020 with a 86-80 win over Nicholls State on December 26. The trio of Thomas, Watford and Days combined to score 66 of LSU’s 86 points on the afternoon to lead the Tigers to victory in what was their fourth home win of the season. Thomas was named the SEC Freshman of the Week for his performance.

LSU closed out December with a fine showing in the SEC opener against Texas A&M on December 29. The Tigers picked up a 23-point win (77-54) over the Aggies thanks to Thomas’ career night, a 32-point outburst. Thomas was 12-of-21 from the field and his 32 points were the most by an LSU freshman in an SEC opener since Ben Simmons dropped 36 points against Vanderbilt in 2016.

LSU currently has a record of 6-2, including an unblemished mark of 5-0 at the PMAC, as they prepare for their SEC home opener on January 6 against Georgia; tip for that game is slated for 6 p.m. CT.