Women’s Basketball On The Road At Ole Miss 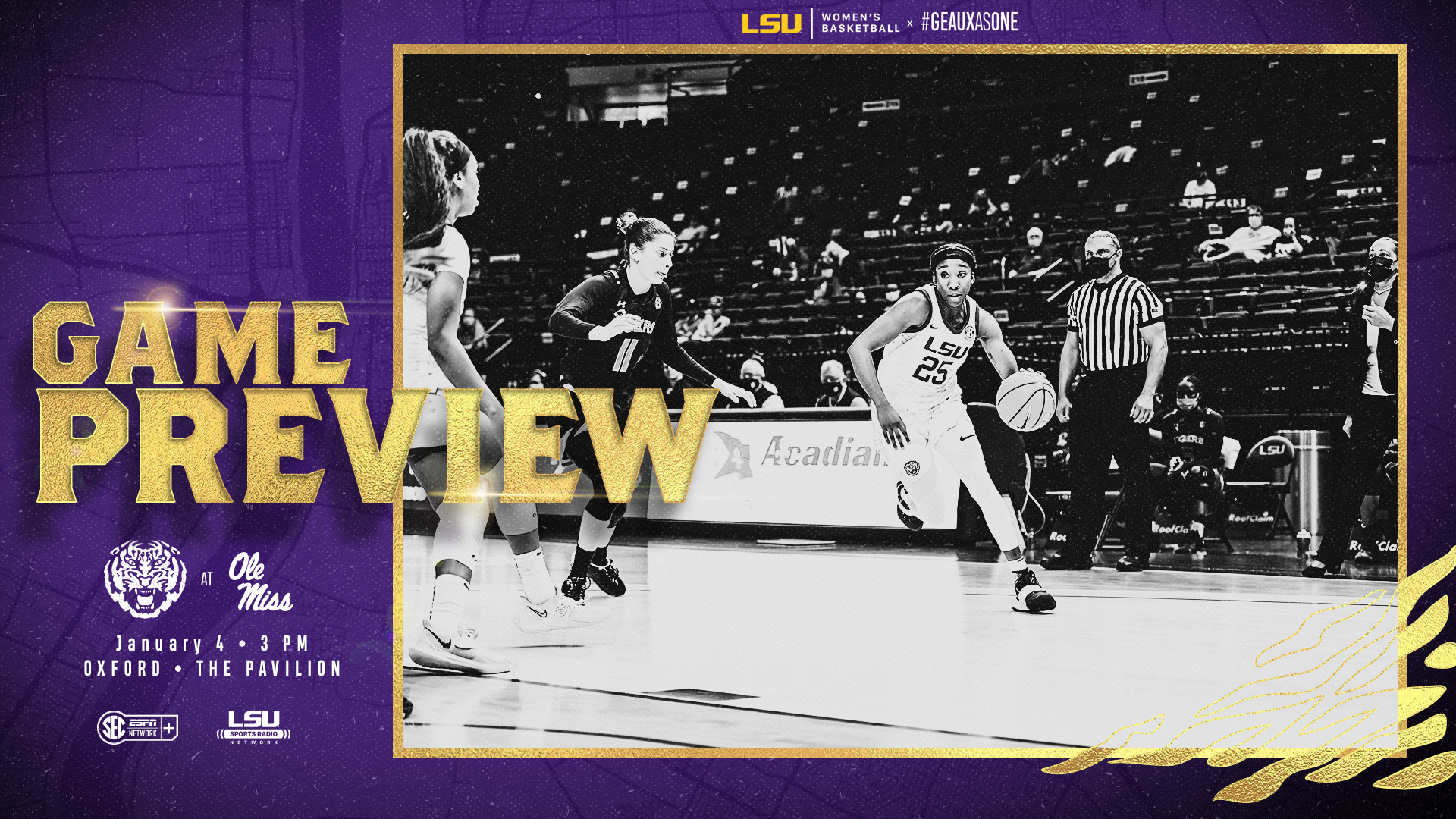 BATON ROUGE, La. – The LSU women’s basketball team will be on the road for its next two games, starting with a stop at Ole Miss on Monday, January 4 at 3 p.m. CT. The Tigers are 3-4 overall and 1-0 in SEC play, while the Rebels are 6-0 and will be playing their first SEC game of the season.

The game will be broadcast on SEC Network Plus with Seth Austin and Lindsay King calling the Ole Miss-produced game from The Pavilion at Ole Miss. Fans can watch SECN+ on the internet at ESPN.com/watch or on the ESPN app. A link to the game is available on LSUsports.net.

LSU is 3-4 on the season and sits atop the SEC standings at 1-0 following Thursday night’s 56-43 win over Auburn. Senior Khayla Pointer was the leading scorer in the game with 14 points, while redshirt senior Faustine Aifuwa recorded her fourth consecutive game of double-digit rebounds with 10. Senior Jailin Cherry and sophomore Tiara Young each pitched in with eight points off the bench. Redshirt senior Rakell Spencer grabbed seven rebounds in the winning effort.

Pointer leads LSU with 12.3 points, 3.4 assists and 2.6 steals per game. Aifuwa leads the squad with 9.9 rebounds and 2.0 blocked shots per game, ranking fourth in the SEC in both categories. She is also second in the league in offensive rebounds per game (4.4).

Aifuwa is next up on the 1,000 career points watch list with 819 points with a 9.9 scoring average over the first seven games of the season. Aifuwa needs 13 blocks to move past Julie Gross (178; 1978-80) for second place on the LSU career blocks list.

Ole Miss is playing its SEC opener against LSU after pausing the past two weeks for COVID challenges within the program. The game was originally scheduled for Sunday, January 3. The Rebels are 6-0 on the season, including a win over Kansas in the Big 12/SEC Challenge and a road win at George Mason. Three Rebel players are averaging double-figure scoring – Shakira Austin (17.8 ppg), Donnetta Johnson (12.7 ppg) and Madison Scott (12.2 ppg).

LSU will host Tennessee on Sunday, January 10 in its next game at the PMAC. Single game ticket prices are $7.00 for adults and $5.00 for youth ages 3-12. To order season and single-game tickets for LSU women’s basketball home games, go to LSUtix.net.