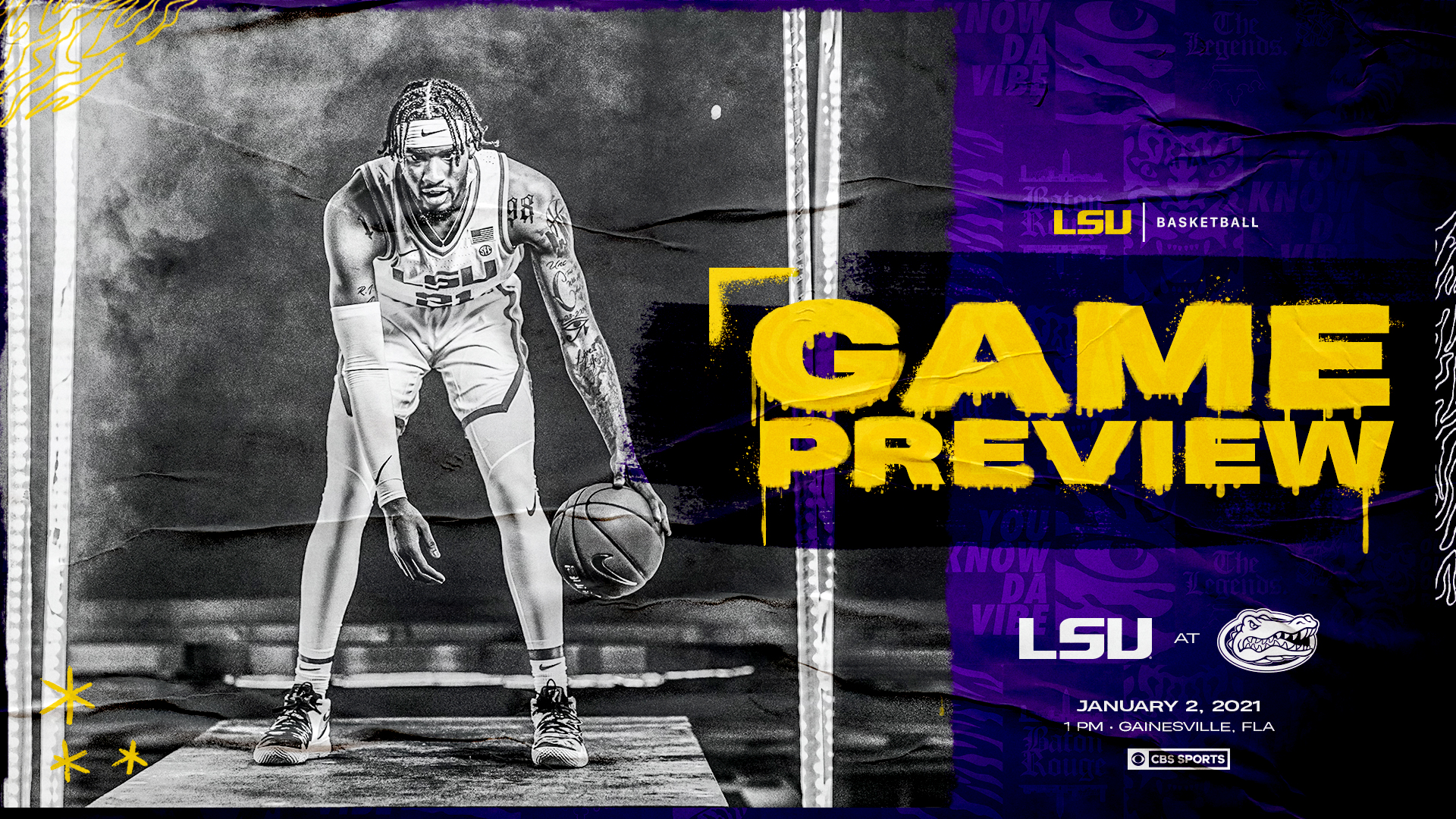 The game at the Exactech Arena at The Stephen C. O’Connell Center will tip shortly after 1 p.m. on CBS with John Sadak and Jim Spanarkel calling the game from the CBS production center. The game will also be broadcast on the affiliates of the LSU Sports Radio Network (BR flagship for Guaranty Media, Eagle 98.1 FM) with the Voice of the Tigers, Chris Blair, and former LSU head coach John Brady calling the game from the LSU Athletics Administration Building.

Ironically, the Tigers were part of two games on Tuesday in the league in which the home team won, but on Wednesday all four road teams won including Florida at Vanderbilt.

Florida, which paused activities after that incident until the Vanderbilt game, will be playing its first home game since star player Keyontae Johnson had a medical emergency back on Dec. 12 in the first half of a game against Florida State. He is expected to be courtside with the team on Saturday.

It is expected that approximately 2,100 fans will be allowed in Exactech Arena for Saturday’s game.

Freshman Cameron Thomas continued his strong play of late, following up his 29 points against Nicholls (Dec. 26) with 32 against Texas A&M (Dec. 29). Thomas and Darius Days, who hails from just outside Gainesville in Raleigh, Florida, combined for 50 points as Days had his 10th career double double with 18 points and 10 rebounds.

While junior Javonte Smart did not have a big scoring game in his first game back from Covid protocols, but received much praise from Coach Will Wade on his radio show Wednesday night and his media session Thursday regarding the way he ran the team and his season high six assists for the Tigers.

In Florida’s win Colin Castleton led the Gators with 23 points, scoring 17 in the second half and making 11-of-13 field goal attempts. The Gators shot 61.8 percent in their road SEC shooting performance since 2008.

Castleton averages 9.8 point in the starting five for the Gators which is led by Tre Mann at 14.4 points a contest, Scottie Lewis (13.4) and Noah Locke at 10.4. Anthony Duruji rounds out the Florida expected starters (3.2 pts a game).

The Gators have wins in non-conference over Army, Boston College and Stetson.

Although not one of the permanent opponents for either team, LSU and Florida have met at least twice in a season four-of-the-last-six seasons and will meet again twice this year. Florida defeated LSU, 81-66, in a late season matchup last year in the Arena. Prior to that the teams had split the prior four games and all were decided by five points or less, with two going to overtime.