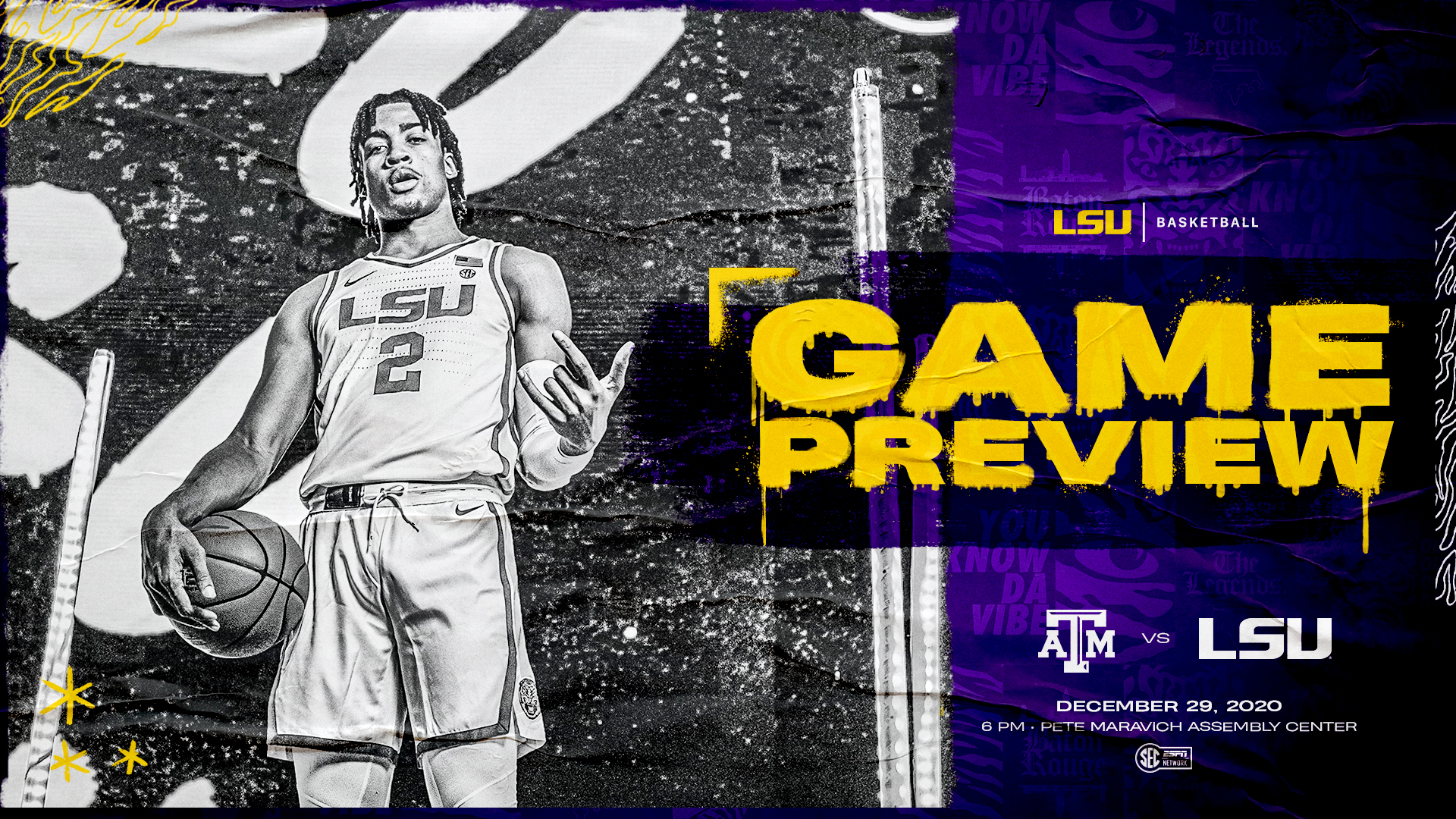 The game will be broadcast on the LSU Sports Radio Network with the Voice of the Tigers Chris Blair and former LSU head coach John Brady on the call. Eagle 98.1 FM, part of Guaranty Media, is the flagship station in Baton Rouge. The network telecast will be on the SEC Network.

Both teams are 5-1 on the seasons with LSU coming off an 86-80 win over Nicholls on Saturday afternoon in Baton Rouge, while the Aggies were 70-52 winners over Wofford in their last game on Dec. 21.

LSU’s game with the Colonels was its first in 12 days that resulted in several games cancelations before the game with Nicholls was hastily scheduled on Christmas Eve.

Cameron Thomas led LSU with 29 points, his season high, and was selected the SEC Freshman of the Week for the second time. Trendon Watford had 22 points in the game with nine rebounds and six assists, while Darius Days had 15 points and eight rebounds.

Javonte Smart was out because of Covid protocols but is expected to be back for the league opener Tuesday night.

A&M is led by Emanuel Miller, a 6-7 sophomore forward, averaging 18.0 points and 9.4 rebounds a game. He has recorded three double doubles with at least 20 points. Senior Quenton Jackson averages 11.7 points and senior Savion Flagg is at 10.0 points and 6.8 rebounds. Flagg missed the Wofford game.

The teams have played at least twice each year since 2013 and LSU has won the last six games in the series. LSU overall leads the series, 24-18.

LSU will travel to Florida for a game on Saturday at 1 p.m. CT on CBS before returning home for a Jan. 6 home game against Georgia.