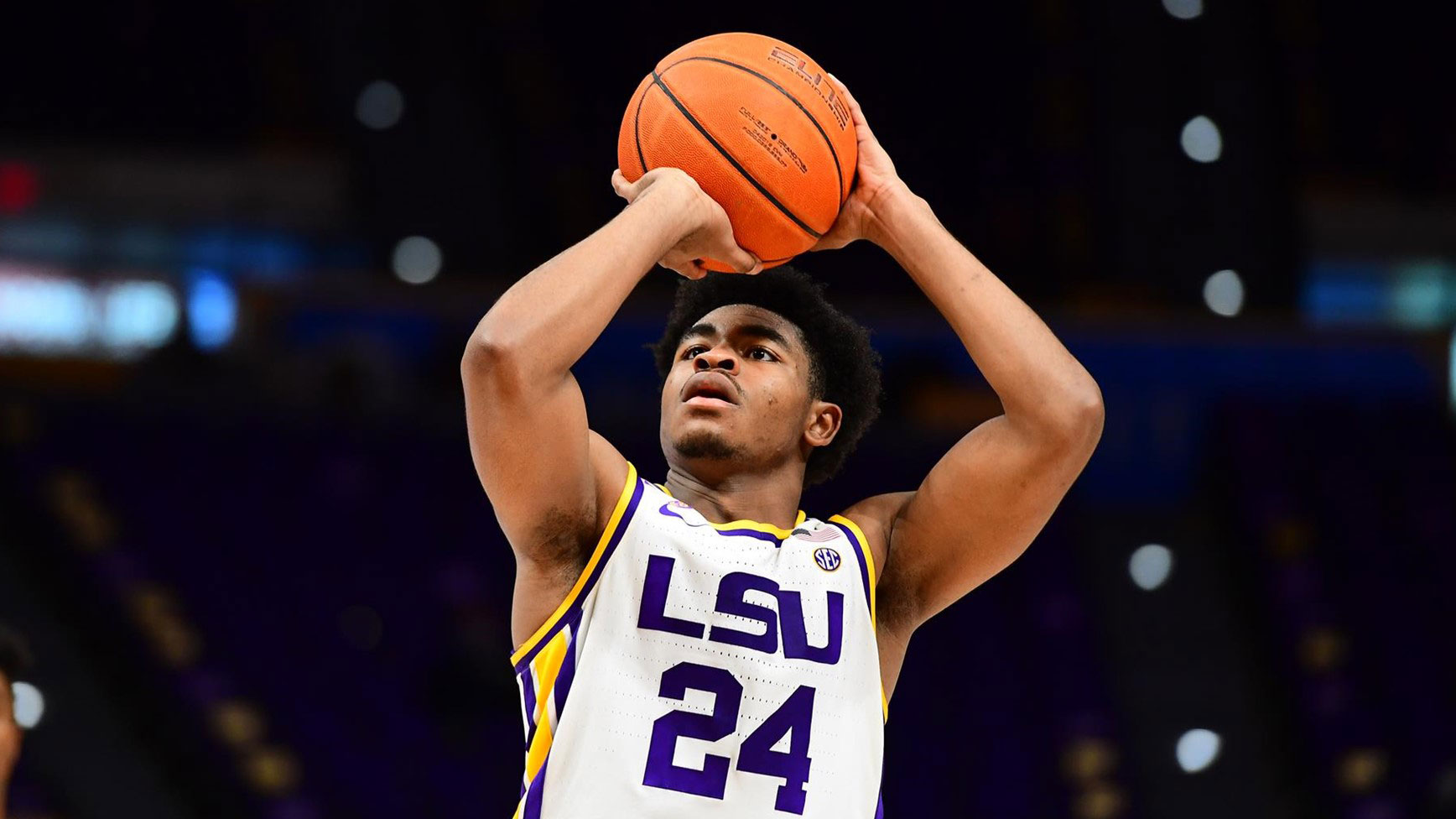 BATON ROUGE – LSU held off a determined Nicholls team in the Tigers first game since December 14, scoring an 86-80 win over the Colonels Saturday afternoon at the Pete Maravich Assembly Center.

LSU is now 5-1 on the season entering Southeastern Conference play on Tuesday night at 6 p.m. at the Maravich Center against Texas A&M.

Nicholls, playing the first of three games in three days and its first contest since Dec. 1, drops to 2-4.

Thomas hit 10 field goals for the third time in six games with two treys and 7-of-7 at the line to score 29 points with three rebounds and two assists.

Watford, returning after a practice ankle injury kept him out of the Sam Houston game on Dec. 14, had 22 points on 9-of-12 shooting to go with nine rebounds and six assists. Watford tweaked the same ankle in the first half but returned to play 34 minutes overall.

Days had 15 points, eight rebounds and two assists for the game in 25 minutes.

Nicholls was led by Damien Sears who scored 20 points off the bench in 23 minutes on 8-of-9 shooting and 4-of-4 at the line. Sears also had nine rebounds, including six offensive boards. Jeremiah Buford had 14 points and Ty Gordon 12.

LSU hurt itself with 10 second half turnovers while Nicholls turned the ball over just four times and both teams tallied 20 points off turnovers. Nicholls had a 42-34 advantage on points in the paint and 18-12 in second chance points as Nicholls out rebounded LSU, 37-34 and 17-10 on the offensive glass.

LSU built an 11-point lead in the first seven minutes of the game at 25-14, before Nicholls closed the game to 44-39 at intermission.

The Tigers started strong in the second half when Days hit a jumper to make it 50-42 and then Thomas off a turnover hit a trey for a 53-42 advantage with 17:53 left. But Nicholls came back and off a turnover got a three-pointer by Kevin Johnson to cut the LSU lead to 60-57 with 12:37 remaining. Nicholls had the margin to three four more times in the next 2:30 before LSU pushed the lead back to 10 at 79-69 with four minutes to play.

LSU was without point guard Javonte Smart who was in Covid-19 protocols. He is expected to be available for Tuesday’s league opener against the Aggies.

Coach Will Wade Quotes
Opening Statement...
“We scheduled the game to knock some rust off. I’m glad we scheduled it, we have a lot of things that we have to get better at and improve in. Give Nicholls credit, I thought they played extremely hard. For them to get 17 offensive rebounds. Tremendous credit to them and how hard they played. They outrebounded us, they turned us over quite a bit, but I thought it was good for us to get back out there and get going but there’s plenty of room for improvement between now and Tuesday. If we do the same thing Tuesday that we did tonight, it’ll be tough. I thought our two freshman point guards played well in [Jalen] Cook and [Eric] Gaines. Nothing spectacular, I thought they were solid. It’s obvious we miss Javonte’s [Smart] steady hand out there. I’ve always had a great appreciation for him, but you have a greater appreciation when he’s not out there. I thought Cook and Gaines did a nice job. They can continue to good a good job when called upon.”

On what was most disappointing tonight…
“I think simply guarding the ball one-on-one. We just got our ass whipped on the ball time after time after time. I think they were 13-of-16 from two in the first half and when we weren’t getting beat on the ball, they were offensive rebounding everything. Just very poor one-on-one defense. We weren’t the low man; we just weren’t doing what we needed to do defensively. I would call our effort lackadaisical on the defensive end.”

On what kept Nicholls in the game…
“Our transition defense in the first half kept them in the game. They blew the ball up the court against us. Second half, we couldn’t guard the ball in the half court. They were able to get us in rotation and get us spinning around. They did shoot 22 percent from three. I think they were 8-of-35 from three which is what we want with them shooting. We just gave up way too many easy shots in the paint, way too many easy shots at the rim. When they missed them, we didn’t rebound enough of them. They had four team offensive rebounds which are basically rebounds we had in our hands that we fumbled out of bounds. We have to get all that stuff cleaned up.”

On Cam Thomas and Trendon Watford’s performance …
“I thought Cam [Thomas] played great on the offensive end, he did what he does, we needed every point. I think he was 7-of-7 from the free-throw line. He had some good looks from three and I think he buried a couple of them. He did a good job attacking from two. I thought he was very good. I thought Trendon [Watford] did a great job. Six assists, three turnovers, he was able to take some of the game pressure off those guards. I think a couple of his turnovers were charges, too. He was able to take a couple of the game pressure off those guys so I was pleased with those guys. I was pleased with [Darius] Days. I thought he did some good things as well. We got the job done and we were able to knock a little bit of the rust off and we certainly need to be better on Tuesday.”

On if he took over leadership without Javonte (Smart) there today …

“Yeah, it was the ‘next man up’ mentality. We have two good point guards coming behind Javonte, Eric Gaines and Jalen Cook. They have been waiting on this moment and I think they did a solid job. For the rest of us, me, Cam (Thomas), (Darius) Days, we just did what we usually do. Coming out and being aggressive. Just playing our game and I think it showed.”

On if Nicholls first-half performance surprised him …

“We knew they had a few good shooters. A team like that, of course they’re going to come in and play in their home state, so we knew it wasn’t going to be a blowout or anything. I think we just did a good job overcoming adversity.”

On if he has been working on his shots recently …

“My shots have been fine. Just have had a few off games. That happens to shooters. I didn’t think I slowed down during the game because I had 14 the first half and 15 the second half. So, I think it was pretty even.”

On what the defense gave him in the second half …