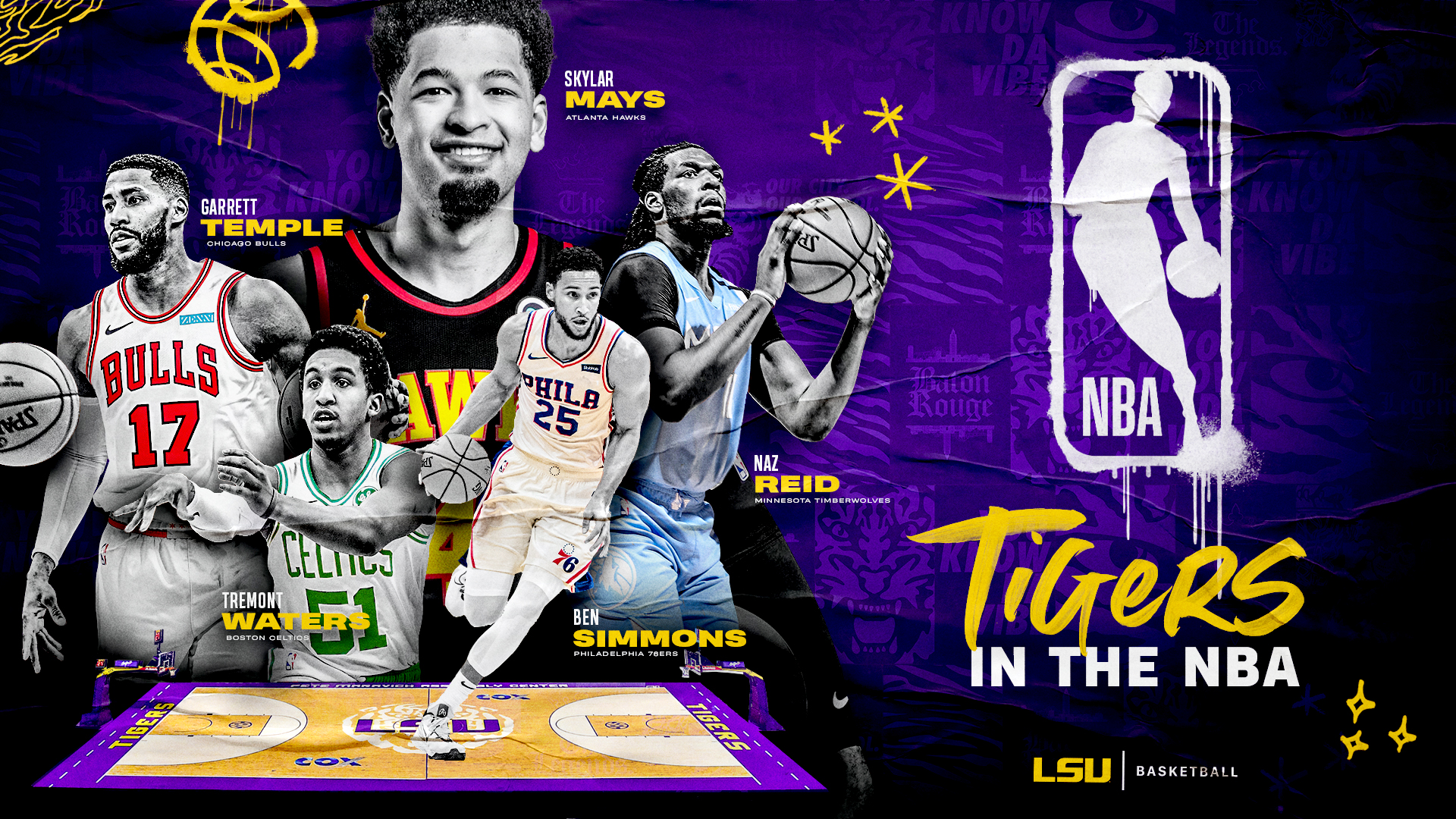 BATON ROUGE – Five former LSU Basketball players will make their 2020-21 debuts with their respective clubs as the NBA season swings into full gear after opening with two contests on Tuesday night.

Four are league members of at least one season while one will begin his rookie year in the league.

Garrett Temple will start his 11th year in the NBA, having played 576 games. He will start with a new team this season, signing with the Chicago Bulls after averaging 10.3 points, 3.5 rebounds per game and 2.5 assists per game last season with Brooklyn.

Temple and the Bulls will open Wednesday at home against the Atlanta Hawks, home of the newest NBA member, Skylar Mays.

Mays, a member of LSU’s SEC Championship and NCAA Sweet 16 team in 2019, was drafted in the second round by the Atlanta Hawks and signed a two-way contract last month with the team. Mays played in three of Atlanta’s preseason contests.

The two-way contract allows him to participate in NBA games but also get playing time in the NBA G-League once or if that season begins. Modified rules allow two-way players to appear in up to 50 games this season.

The Bulls and Hawks meet in Chicago at 7 p.m. on NBA League Pass.

Also signing a new two-way deal this year is Boston’s Tremont Waters, who played on the 2019 NCAA Sweet 16 team as well. Waters was the G-League Rookie of the Year in 2019-20 and spent time in the bubble with the Celtics in the NBA resumption. He played in 11 games for the Celtics and averaged 3.6 points, 1.1 rebounds and 1.5 assists.

The Celtics will host the Milwaukee Bucks on TNT at 6:30 p.m. CT.

Naz Reid was undrafted after the 2019 LSU season, but was one of the stars of the NBA summer league and signed a four-year deal with Minnesota. He will be in his second year with the team when they open Wednesday at 7 p.m. at home against Detroit (NBA League Pass). Reid played in 30 games last season, averaging 16.5 minutes per game, 9.0 points and 4.1 rebounds.

The No. 1 pick in the 2016 NBA Draft, Ben Simmons, enters his fourth NBA season with the Philadelphia 76ers. Simmons, returning after a knee injury during the 2020 season, has played in 217 NBA games and is averaging 16.4 points, 8.3 rebounds and 8.0 assists for his career.

The 76ers will open at home against Washington in a 6 p.m. start on NBA League Pass.

Of the five teams, the Celtics will be the only one with a former LSU player on the Christmas Day schedule as Boston hosts Brooklyn at 5 p.m. on ABC.