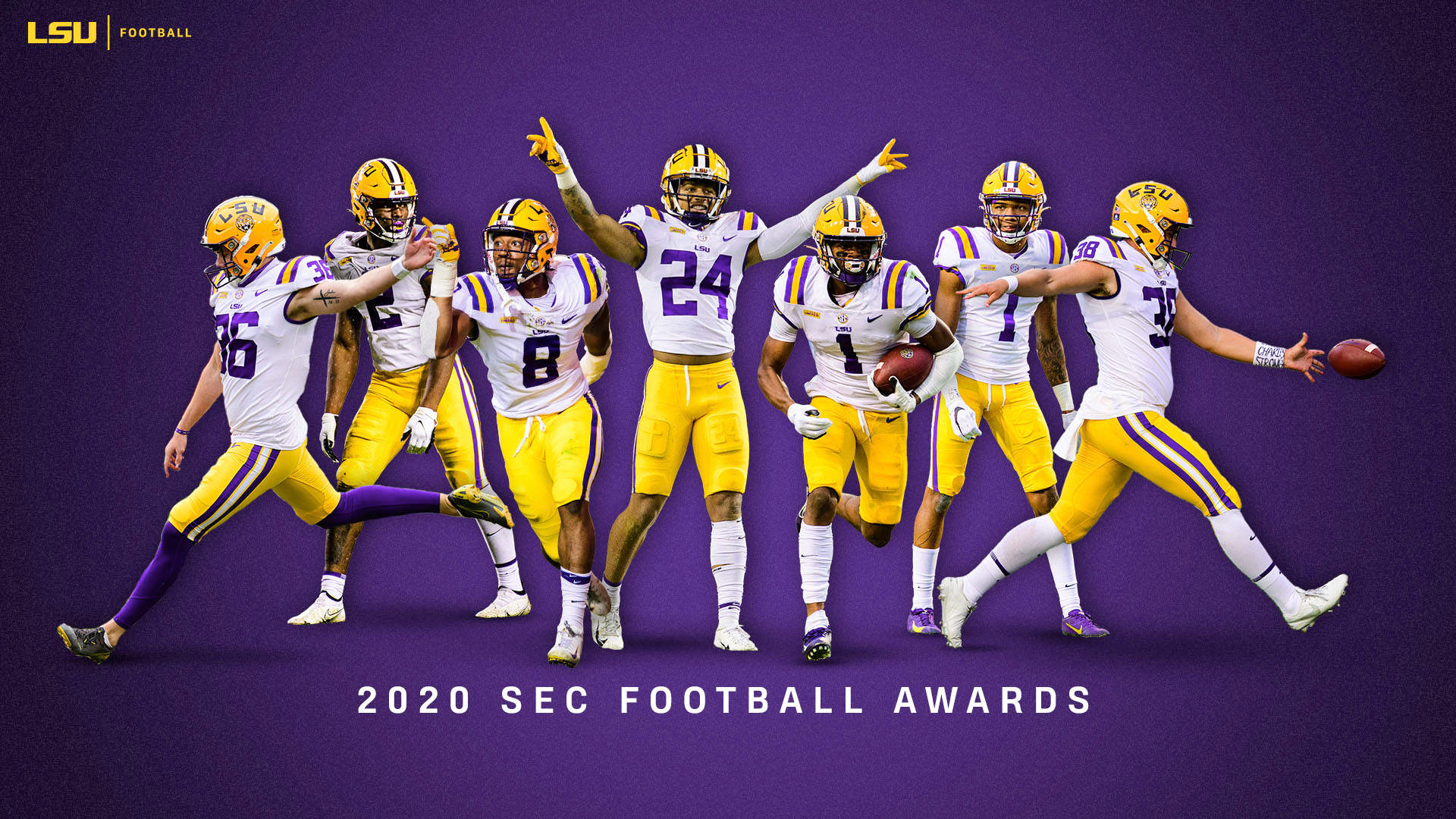 BATON ROUGE – LSU’s record-setting placekicker Cade York and cornerback Derek Stingley Jr. have been named first-team All-Southeastern Conference in a vote of the league’s coaches, the SEC announced on Tuesday.

The honor is the first for York, a sophomore from McKinney Texas, while it’s the second-straight year that Stingley has been tabbed as an All-SEC selection. Last year as a true freshman, Stingley earned first-team recognition from the Associated Press and second-team honors from the coaches.

York, who set the LSU record with his game-winning 57-yard field goal that beat Florida, tied for the SEC lead in total field goals with 18 in 2020. He connected on 18-of-21 field goals with six of his kicks coming from 50 yards or longer. York capped 2020 by successfully making his last eight field goal attempts, including all four in LSU’s 53-48 win over Ole Miss in the season-finale.

Stingley, a first-team All-American in 2019, recorded 27 tackles, 2.5 tackles for loss and five pass breakups this year.

In addition to York and Stingley, senior punter Zach Von Rosenberg was named to the second team along with junior defensive end Ali Gaye.

Von Rosenberg led the SEC in punts downed inside the 20-yard line with 27. He also led the league in punts of 50-plus yards with 18. He averaged 43.9 yards on 59 punts and was twice named the Ray Guy National Punter of the Week in 2020. Von Rosenberg was a second team All-SEC selection in 2018.

Gay, a junior college transfer, tied for sixth in the SEC in tackles for loss with 9.5. Gaye started all 10 games for the Tigers at defensive end and recorded 32 tackles, 9.5 tackles for loss and a pair of sacks.

Boutte finished his rookie season in record-setting fashion, breaking the SEC record for yards receiving in a game with 308 in LSU’s win over Ole Miss. Boutte capped the year with three consecutive 100-yard games. For the season, Boutte caught 45 passes for 735 yards and five touchdowns. His 73.5 yards receiving per game ranks No. 7 in the SEC and is first among all freshmen in the league.

Ricks and Ojulari both made a tremendous impact in their debut season with the Tigers. Ricks led the SEC in both interceptions (4) and interceptions returned for touchdowns (2). His 68-yard interception return for a TD helped the Tigers upset sixth-ranked Florida on Dec. 12. A pass-rushing specialist, Ojulari recorded 16 tackles, 5.0 tackles for loss and 4.0 sacks in his first year with the Tigers. His 4.0 sacks ranked second among all freshmen in the SEC.

Gilbert, despite missing the final two games of the season, still caught 35 passes for 368 yards and two TDs.