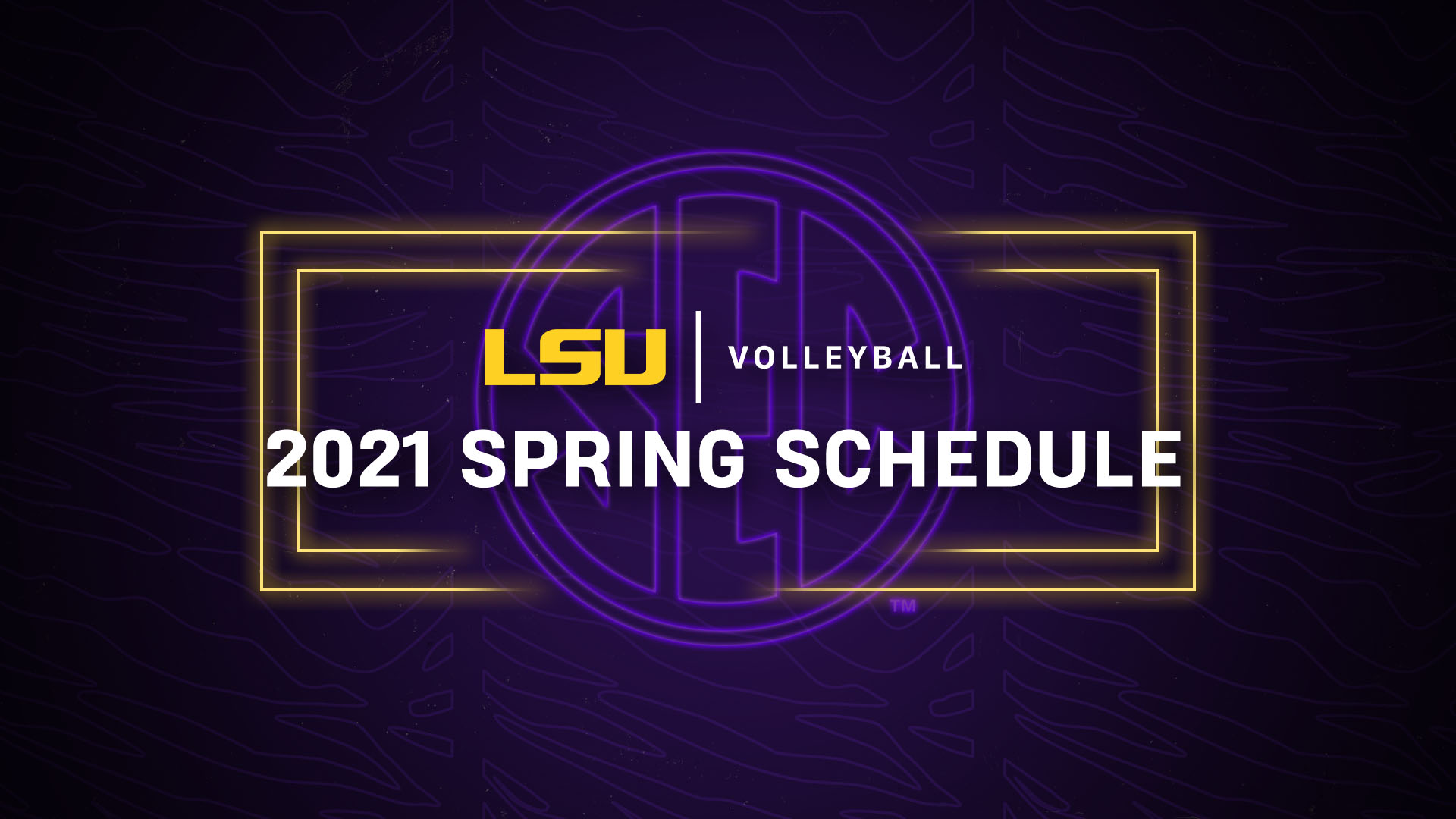 BATON ROUGE – The SEC unveiled the Spring portion of the volleyball schedule which will give teams the opportunity to compete for a NCAA Championship come April. LSU is slated to play 16 matches against eight teams.

The Spring portion of the schedule will be similar to the Fall schedule in that teams will play the same opponent in back-to-back days. The schedule will run from the last weekend in January to the first weekend of April with hopes of an NCAA Tournament throughout April.

Television and start times will be announced at a later date.

The Tigers were 3-3 in the Spring with their matches against Ole Miss being cancelled. The records and stats from the Fall will transfer over to the Spring. The SEC is still working to re-schedule the two matches LSU and Ole Miss missed in the Fall against each other.

LSU’s defense has shined with the second most digs in the league, averaging 1.65, just below Arkansas. The Tigers were able to limit opponents to hitting just .204 against them in the Fall for the fourth lowest opponent hitting percentage in the Fall.

LSU will begin the Spring on the road at Missouri (6-2) January 29 and 30 before hosting its first Spring matches against winless Auburn (0-8) February 4 and 5.

The Tigers will hit the road the following week to Gainesville for February 10 and 11 matchups against the Florida Gators. On February 18 and 19 LSU will host Arkansas (6-2) in the PMAC.

The bye week will come before the Tigers hit the road for matches against the SEC leading Kentucky Wildcats (8-0) on March 5 and 6.

The week of March 29-April 3 will be reserved as a make-up week for the league should any matches need to be shuffled.