Stone, Lindblad Set to Tee Off at Arnold Palmer Cup 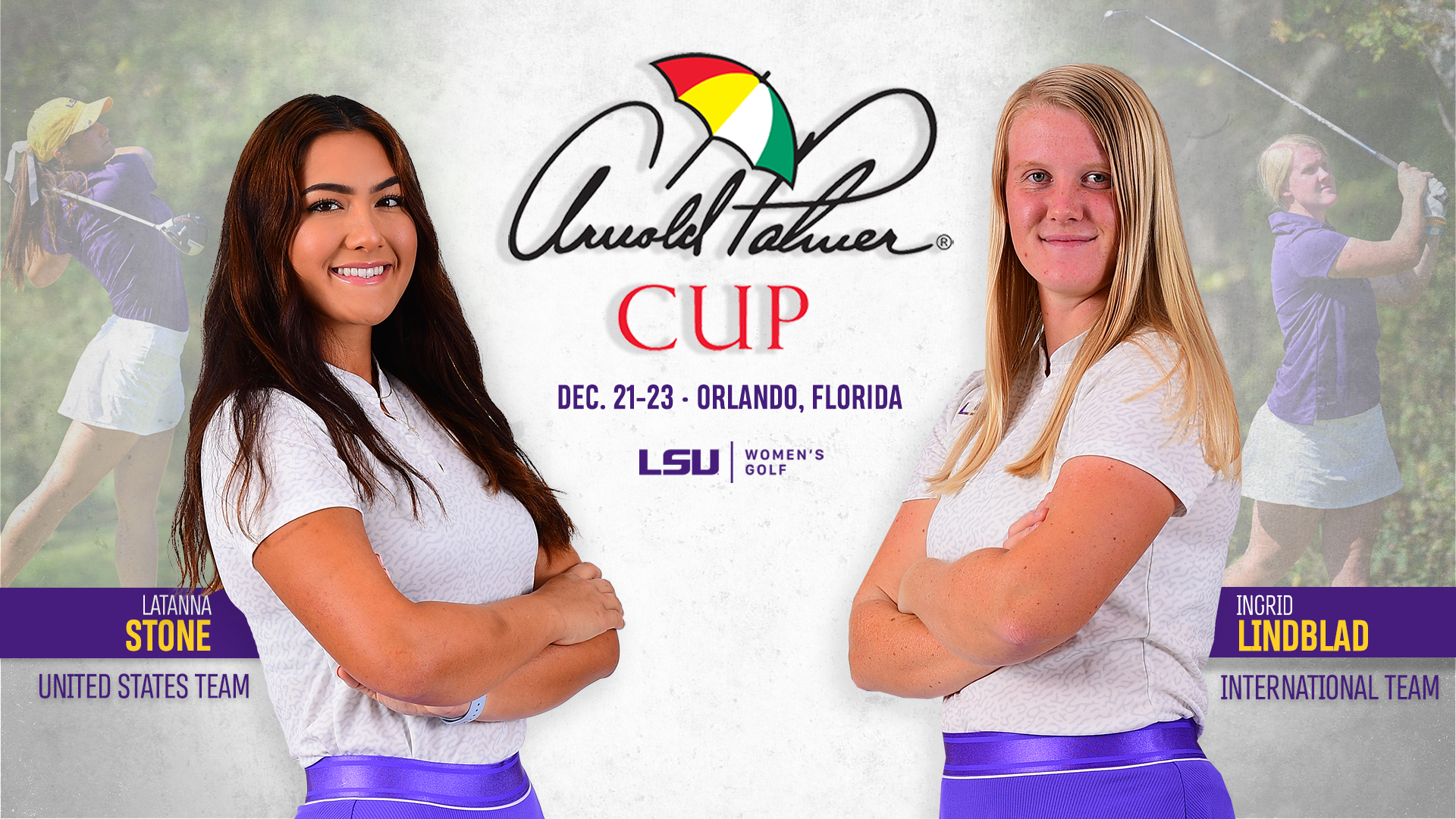 “I am excited to watch Latanna and Ingrid play in this year’s Arnold Palmer Cup,” LSU women’s golf coach Garrett Runion said. “Any time you have a player make the Palmer Cup team it’s a great thing but to have two in the same year is really special.

“Selfishly, it’s extra special for me as they’re the first two LSU women’s golfers to make the team, and I get to watch them play on my home course I grew up on, Bay Hill. I am really looking forward to seeing these two roommates compete to help their teams win and then return to Baton Rouge to compete on the same team.”

Results will be available over the next three days at golfstat.com.

Stone, who lives just an hour and a half away from Bay Hill, had one of the best seasons in LSU history during her debut a year ago. In the fall she earned a top-five finish at the Blessings Collegiate Invitational and also finished 12th at The Ally.

Lindblad is coming off a top-30 finish at the 75th United States Women’s Open earlier this month. A native of Sweden, Lindblad is the reigning SEC Player and Freshman of the Year. She led the Tigers in all three tournaments this fall with finishes of second, third and seventh.

The inaugural Arnold Palmer Cup was staged in Orlando in 1997, making Bay Hill the first venue to host the matches twice. The United States leads the all-time series, 12-10-1, entering this week’s event.