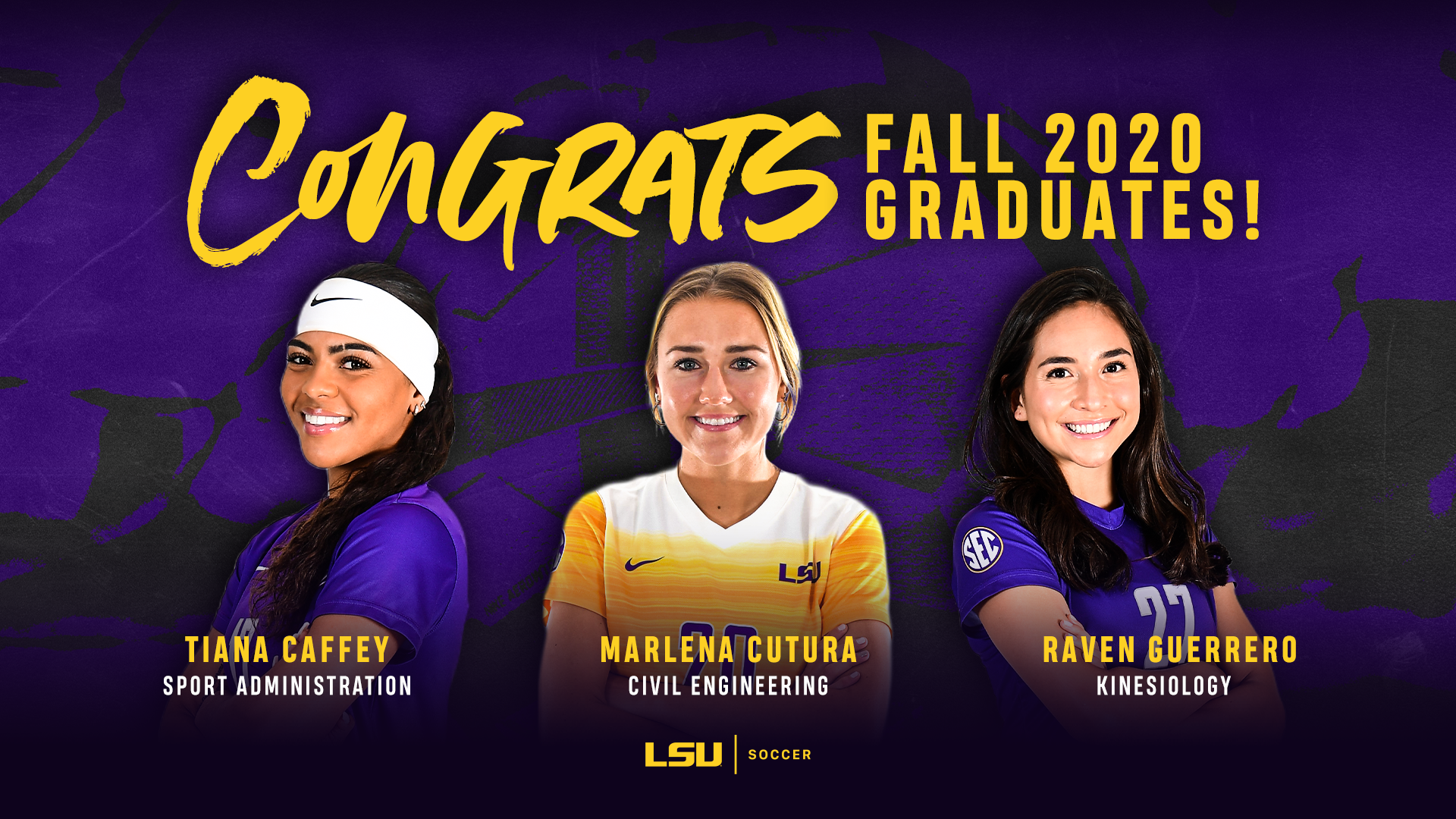 “I just want to congratulate these three women on what they’ve accomplished,” LSU soccer head coach Sian Hudson said. “All three of them have been an integral part of our program over the past several years and we wish them the best of luck in their future endeavors.”

Caffey, a native of Port St. Lucie, Fla., has appeared in 57 matches for the Tigers dating back to the 2017 season. She’s started 42 of those contests and has seven career points (2g & 3a) playing out of the midfield. Her first career goal came in the 2018 season on the road at Cincinnati. She registered a career high three assists in 2017 as a freshman including an assist in each of her first two collegiate games. A senior to be for the fall of 2020, Caffey was sidelined with an injury in the preseason and was unable to play. She will return to the squad and play a major role in LSU’s midfield for the 2021 fall season. Caffey was on the LSU Academic Honor Roll list in the fall of 2018.

Cutura played in 76 matches (66 starts) during her four-year career (2016-19) in the Purple and Gold and logged 5,731 minutes of playing time. A key piece of LSU’s midfield throughout her time at LSU, Cutura scored five career goals and tallied 13 career assists for a point total of 23. Cutura was a key cog in LSU’s success as the Tigers accumulated a record of 11-1-4 when Cutura factored into the box score. Cutura was a two-time member of the LSU Academic Honor Roll and was also on the 2016-17 SEC First Year Academic Honor Roll.