Tigers to Take On Ole Miss in 2020 Finale

LSU to honor 12 on Senior Day 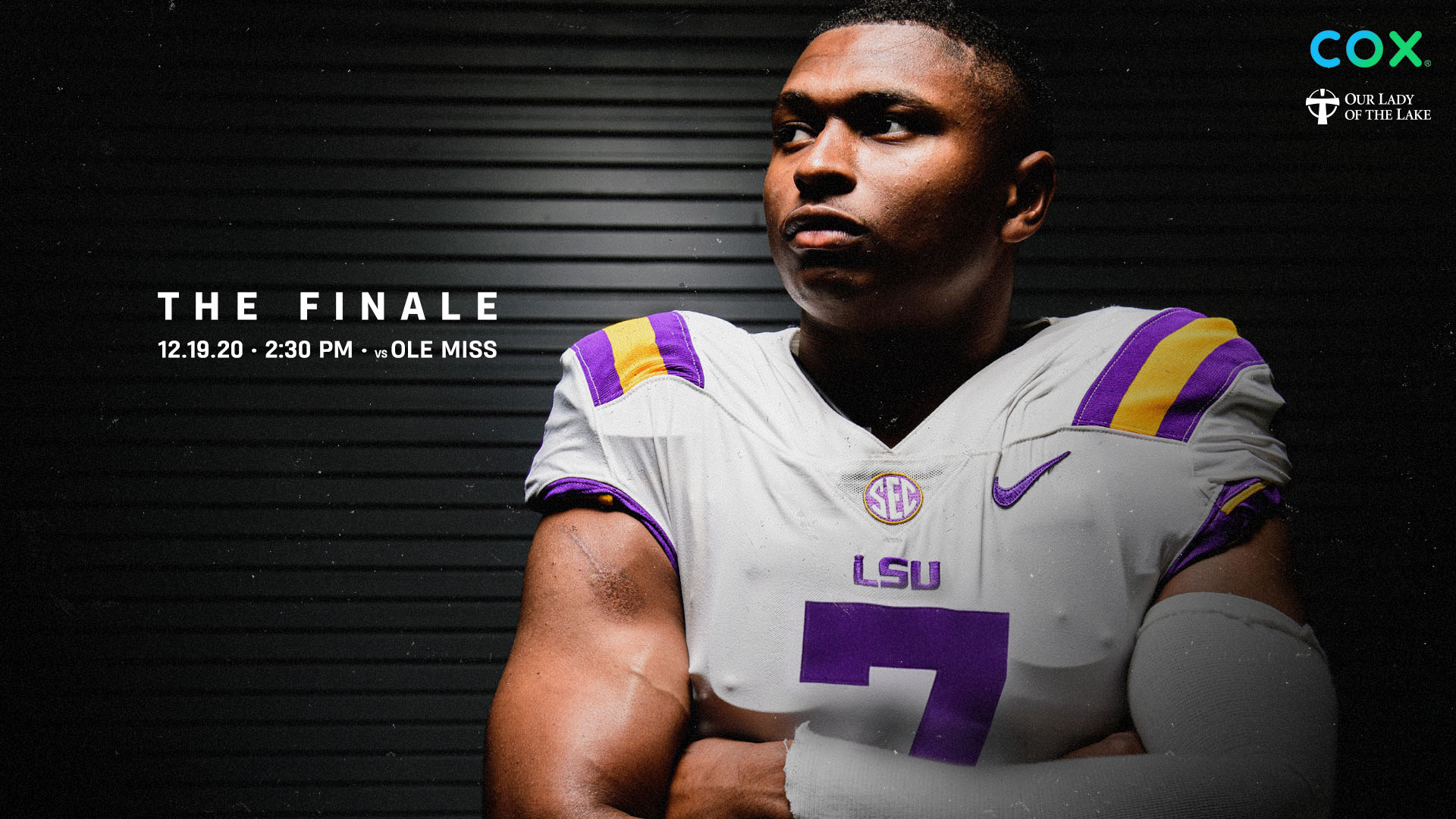 For the final time in 2020, the Tigers will take to the football field, wrapping up a season unlike any other with a familiar opponent.

LSU (4-5) will celebrate Senior Day against Ole Miss on Saturday in Tiger Stadium. Kickoff is set for 2:30 p.m., with coverage on the SEC Network and the LSU Sports Radio Network.

Ed Orgeron‘s team will look to build off last week’s unforgettable 37-34 win over No. 6 Florida. The game featured heavy fog, outstanding quarterback play from a freshman, and a record-setting, game-winning kick from a sophomore. It also highlighted a young team hungry to use the victory as a foundation for the future.

“I’m so proud of the younger guys that stepped up, played very well,” Orgeron said. “I’m proud of our coaching staff for blocking out the noise last week and had a tremendous week of preparation. Twenty six freshmen or sophomores played out of the 48 that played. Every point scored on that field was by a freshman or sophomore. A lot of young guys playing. A lot of next-man-up.”

In his first career start under center, freshman Max Johnson completed 21-of-36 passes for 239 yards and three touchdowns – the first Tiger quarterback to toss for three scores in The Swamp. For his efforts, Johnson earned SEC Offensive Player of the Week honors, as well as the first team snaps in the finale against the Rebels (4-4).

“I think that we’re very impressed with Max’s leadership, his toughness, his ability to run the football, his ability to make decisions under pressure,” Orgeron said. “And the biggest thing is no turnovers, and going in the swamp, his first game, think about this. You’re a true freshman, you go into the swamp. You’re a 23-point underdog and you win. That tells you a lot about the young man.”

Other young players have emerged in recent weeks, too. Sophomore Cade York nailed a 57-yarder to beat Florida on the road. Freshman wide receiver Kayshon Boutte caught five passes for 108 yards and a touchdown against the Gators. In his last two games, against No. 1 Alabama and No. 6 Florida, he has 13 catches for 219 yards, one touchdown, and another scoring reception (Boutte looked to score against Alabama but fumbled before crossing the end zone. Jontre Kirklin recovered for the touchdown.)

“I really believe last year’s recruiting class is phenomenal,” Orgeron said. A lot of guys are playing already. The sophomores are doing a very good job. We never talked about the future and what we were going to do. We wanted to finish this year strong. But as you look at it, all those guys are coming back. Maybe we can recruit some guys with the extra year eligibility. For next year we should have a very strong team, a very strong nucleus along with this recruiting class we’re going to have this year.”

While the young players have stepped up in recent games, they have been led by a group of seniors who will be honored Saturday for their careers as Tigers. The program will recognize 12 seniors before the game: Andre Anthony, Tory Carter, Jabril Cox, Austin Deculus, Neil Farrell, Cameron Lewis, Glen Logan, Racey McMath, JaCoby Stevens, Ray Thornton, Zach Von Rosenberg, and Keenen Dunn.

It’s a group full of SEC and national champions who have taken the program to historic heights and helped it navigate unprecedented adversity in 2020. Through roster turnover and pandemic limitations, they’ve fought like Tigers.

“The players that stuck together, the coaches stuck together,” Orgeron said. “The adverse situations that all of us were put in. The unexpected, not having success like we wanted to this season. Having guys had to step up and stick together. I think we’re all going to learn from having a week like we had last week where some teams or some men would have crumbled. And we decided to get stronger and fight. We stood up and we fought. And that’s what I want this team to learn, that anytime in life you face adversity, you gotta stand up and fight. You can’t crumble. And good things are going to happen.”