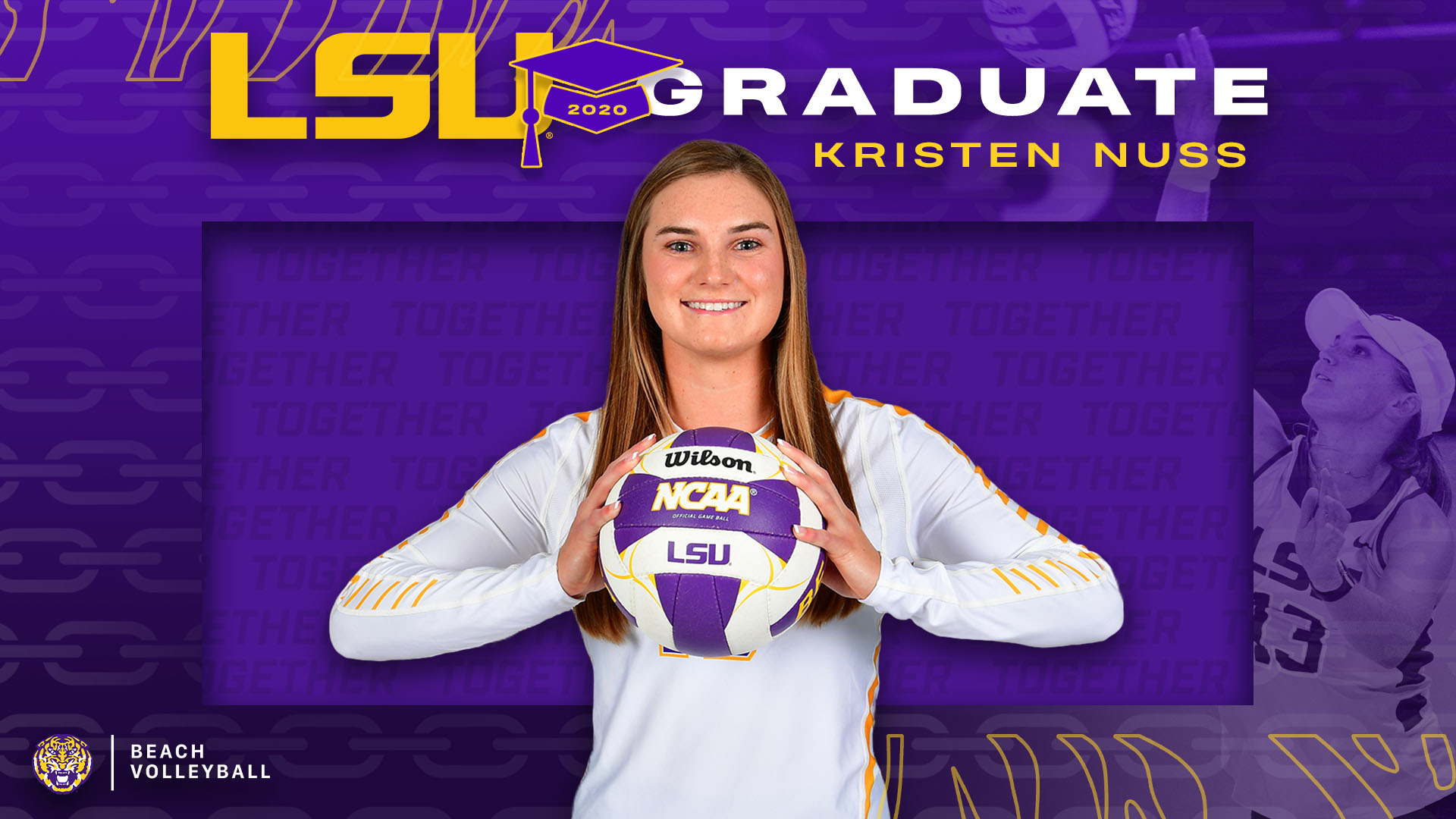 The 5-6 defender out of New Orleans has been critical to the program’s rise in becoming one of the premiere teams in America. Prior to Nuss’ freshman season in 2017, the Tigers had only ever been ranked twice. Since the beginning of Nuss’ freshman season, LSU has not fallen below the No. 10 spot in the AVCA Poll and became the No. 1 team earlier this year.

Nuss had great success this Fall playing with fellow senior Taryn Kloth. As a pair, Kloth and Nuss won three AVPNext tournaments over the past few months.

The 2020 season was supposed to serve as Nuss’ fourth and final season for LSU, but since the season was called short because of the Covid-19 pandemic the NCAA granted all spring sport student-athletes an extra year of eligibility.

After becoming the nation’s No. 1 season before having the season shutdown this Spring, the Tigers will look to carry the momentum that got them there. With Coppola, Kloth, Nuss and other key seniors back LSU will be poised to compete again as one of the best teams in America.