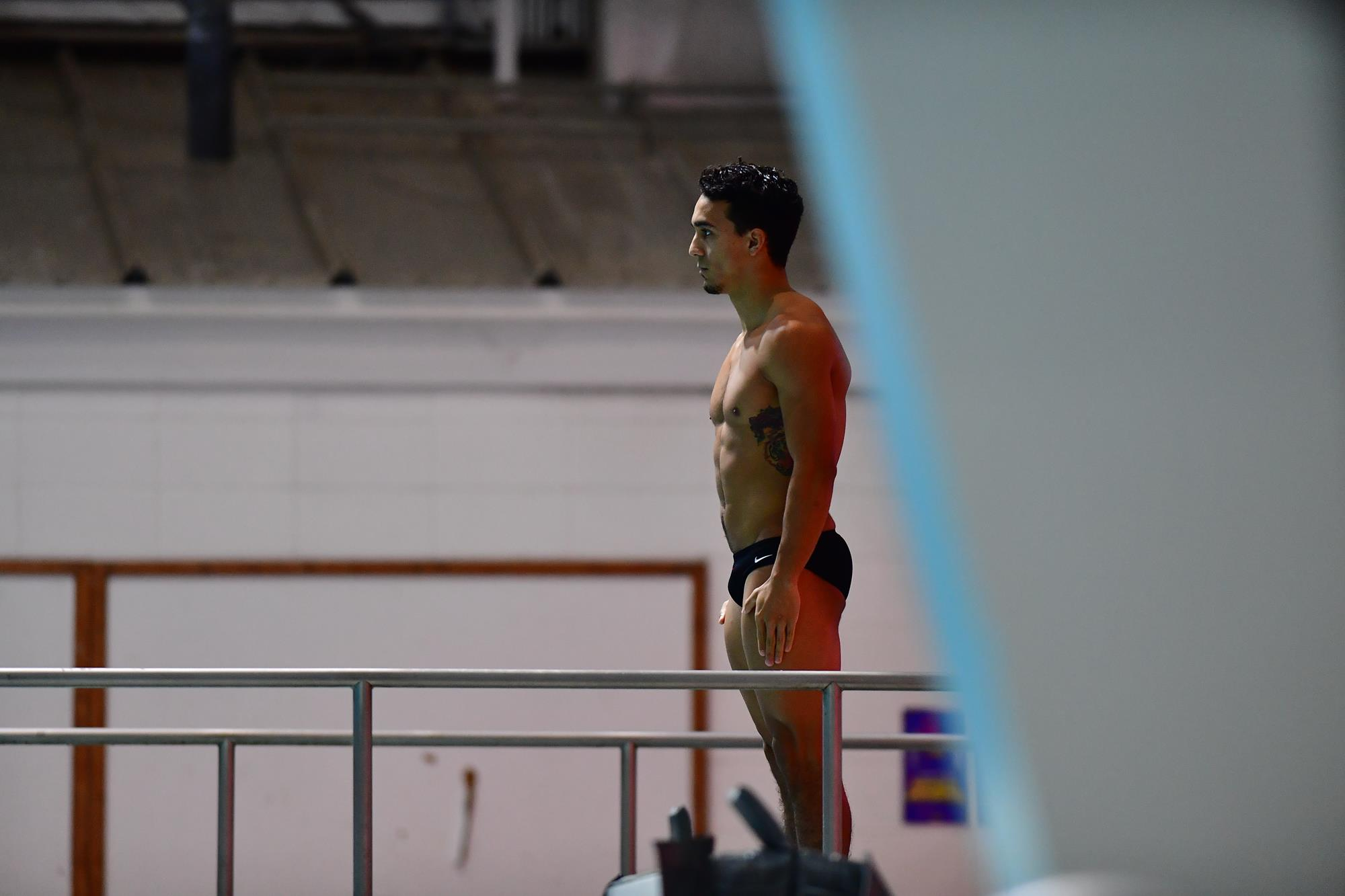 As nine-year-old Celaya-Hernandez gravitated toward the swimming pool, a passion for diving emerged, and the one goal he has had in mind since his first win at the junior level has been the Olympics.

Celaya-Hernandez, a native of Mexico, never thought leaving for the states was a choice until his friend, Mauricio Robles —a former diver for the University of Tennessee—gave him a reason. Robles told him about the chance to earn a scholarship, a degree, and to keep diving. Celaya-Hernandez took the advice to heart and decided to take a chance on himself. Robles provided him with several email accounts for different head coaches in the states. No one responded.

He took two visits, though—one to LSU and one to Tennessee. He chose LSU, and he hasn’t looked back.

Celaya-Hernandez knew being far away from home was going to be difficult, but he developed a mental acuity to cope. The swimming and diving program taught him how to remain mentally steadfast and remember the ultimate goal. He chose to grow up and find the mental strength a world-class athlete would need.

Instead of running from his fears, he dove into them, headfirst.

Celaya-Hernandez’s opportunity to attend LSU didn’t bring only athletic success, but it brought a chance for him to earn a degree. Before he goes after his goals as a diver, he told himself he would accomplish his goals as a student. Not only does he want to earn his engineering degree, but he also has aspirations athletically that would make many express self-doubts. For Celaya-Hernandez, there is no wavering in what he believes he can accomplish.

“The ultimate goal for me academically is graduating with my civil engineering degree,” Celaya-Hernandez says. “For my athletics, it’s three Olympic games and multiple medals in the Olympics.”

This firm belief in himself has trickled down to the entire team, no matter the event they participate in. Celaya-Hernandez is the ultimate leader by example. He has proven hard work and belief in oneself yields good results.

“The first thing we have to do is change the mindset,” Celaya-Hernandez says, “from whatever’s happened outside the Nat to whatever I’m going to do. It is definitely one of the things a diver’s got to do, or any athlete, once you get into your training area. You’re focused only in your practice.”

Diving coach Doug Shaffer finds it easy for underclassmen to look up to Celaya-Hernandez because of his work ethic.

“The one thing that really sets him apart,” Shaffer says, “is his day-to-day diligence, discipline, maturity to the process of what it takes to be an elite collegiate, SEC, NCAA, and world-class athlete.”

After several qualifying competitions, Celaya-Hernandez and his partner Yahel Castillo found themselves on the cusp of living out their dream. The primary goal Celaya-Hernandez set out to complete was at the end of its rope. The years of work he put in nearly culminated in a spot on the Mexico Olympic squad for the 2020 Summer Olympics.

In March 2020, the COVID-19 pandemic took over, and around the same time, Celaya-Hernandez and Castillo competed in the final selection meet, where they achieved first place. This would have put them over the top and earned them a spot on the Mexico Olympic team, but the pandemic brought the chase for his dream to an abrupt halt.

After being so close to achieving his goal, he knew thinking about the opposite outcome wouldn’t help. A global pandemic was never in the realm of conceivable barriers until it actually happened. All it meant for Celaya-Hernandez, in terms of diving, was to keep getting better, to leave no doubt. His time under Shaffer prepared him for unpredictable obstacles.

Celaya-Hernandez is doing just that. He is absorbing the coaching points, trying to better himself in and out of the pool. His maturity and discipline help him compartmentalize his goals at LSU and his goals of competing in the Olympics for his home country. These traits shine throughout him, and the coaches have taken notice.

“It just shows and demonstrates that he’s had a career of success and development,” Shaffer says. “All going back to the focus of five rings—the Olympic ideal, the Olympic goal. Every single event that he competes in is an opportunity to challenge himself, to get better, to continue to draw on his training, and get additional competitive experience.”

The competitive experience Celaya-Hernandez is yearning for is almost within his grasp, but the dream awaits in the wings, as he focuses on the ongoing season.

He has achieved SEC Diver of the Week twice already, just three meets in, and he isn’t slowing down.

“Like that dream from that little nine-year-old Juan to coming back from junior Pan-Ams and getting three gold medals,” Celaya-Hernandez says. “When I was a little kid, I said I want to go to the Olympics. So, that will be the first step to completing my dream.”