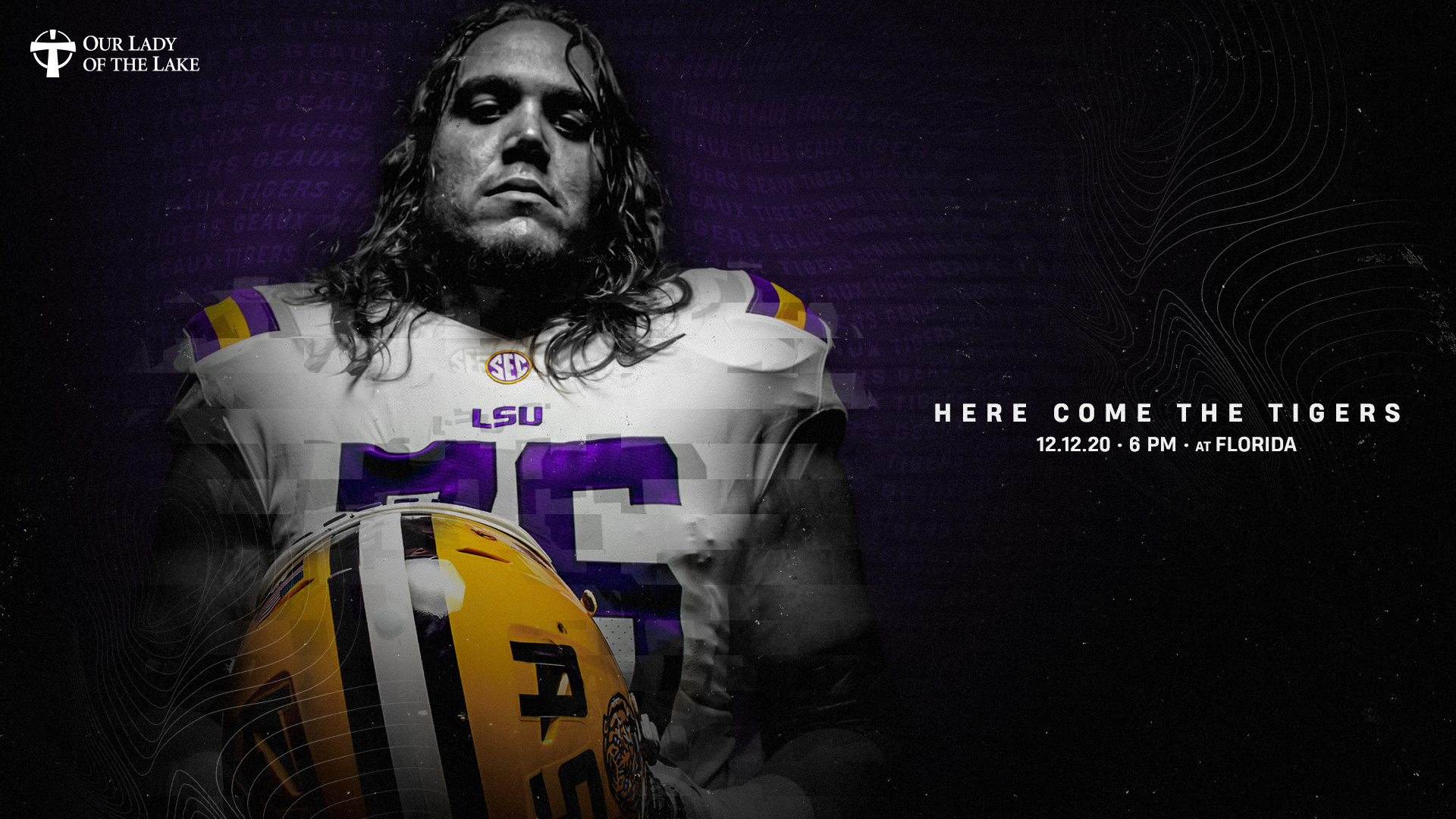 For the sixth and final time in 2020, LSU hits the road for an SEC contest, a 6 p.m. CST kickoff against Florida in Ben Hill Griffin Stadium.

Fans can watch on ESPN or listen on the LSU Sports Radio Network, as the Tigers (3-5) look to get back on the winning track and close out an unprecedented season on a high note.

“There were a lot of blows throughout the year that this team took,” said head coach Ed Orgeron. “I still think there’s fight. I still think we have a great recruiting class. I love the freshmen we have on this football team. I think with one or two recruiting class, we will build championship teams again. I feel like we can do it.”

The Tigers have yet to decide on a starting quarterback, but Orgeron said Thursday it’s likely freshman Max Johnson will get his first career start. Myles Brennan remains out with an injury, and freshman TJ Finley (941 yards, 4 touchdowns) has started all five games in Brennan’s absence, but Johnson (395 yards, 2 touchdowns, 63.5 percent completions) could get the nod in Gainesville.

The backfield reps continue to go primarily to Tyrion Davis-Price (391 yards, 3 touchdowns) and John Emery (371 yards, 3 touchdowns), who rushed seven times for 79 yards and a touchdown last week against Alabama. Veteran Chris Curry and freshman Tre Bradford could also get looks in the running game.

At receiver, Kayshon Boutte (319 yards, 1 TD) is coming off a career game against the Tide. The freshman caught eight passes for 111 yards and came up just a yard shy of his second career touchdown. He and Jaray Jenkins (321 yards) will line up at receiver, with freshman Kole Taylor in line to earn his first career start at tight end.

Austin Deculus and Ed Ingram continue to provide veteran presence on the offensive line, with Harvard transfer Liam Shanahan emerging in recent weeks as a leader in the unit.

“We have to win some one-on-ones,” Orgeron said of the line. “(Florida is) very talented up front. I know their defensive coordinator very well. He was a defensive line coach, teaches great technique. It’s going to be a challenge for us.”

The Tiger defense will look to slow down Heisman candidate Kyle Trask. LSU’s cornerback tandem of Derek Stingley and Eli Ricks continue to be a strength of the defense, allowing just 22-of-50 passing (44%), 292 yards, 3 touchdowns, 3 interceptions, and 12 passes defended in eight games between them.

JaCoby Stevens (50 tackles, 5.5 tackles for loss, 2.5 sacks) provides havoc at the safety spot for the Tigers, while Andre Anthony and BJ Ojulari have four sacks each to pass the Tiger pass rush.

LSU’s specialists have been effective all season, with both punter Zach Von Rosenberg and kicker Cade York earning semifinalist honors for the Ray Guy and Lou Groza Awards, respectively. Von Rosenberg is averaging 44.0 yards per punt, while York is 11-of-14 on field goals – including four makes of 50+ yards – and a perfect 27-of-27 on extra points in 2020.

The Tigers’ rivalry with the Gators always serves as one of the season’s most pivotal games. It was in Gainesville that LSU rebounded from a loss to Troy in 2017 to propel themselves into 10 wins 2018 and a national championship season in 2019. And it is in Gainesville they will look to continue to build the foundation for the next championship run.

“We will build championship teams again,” Orgeron said. “I feel like we can do it. Maybe three years ago after we lost to Troy, nobody would ever predict we would win a national championship, have one of the best teams in the history of football. We did it. I do believe we can do it again.”