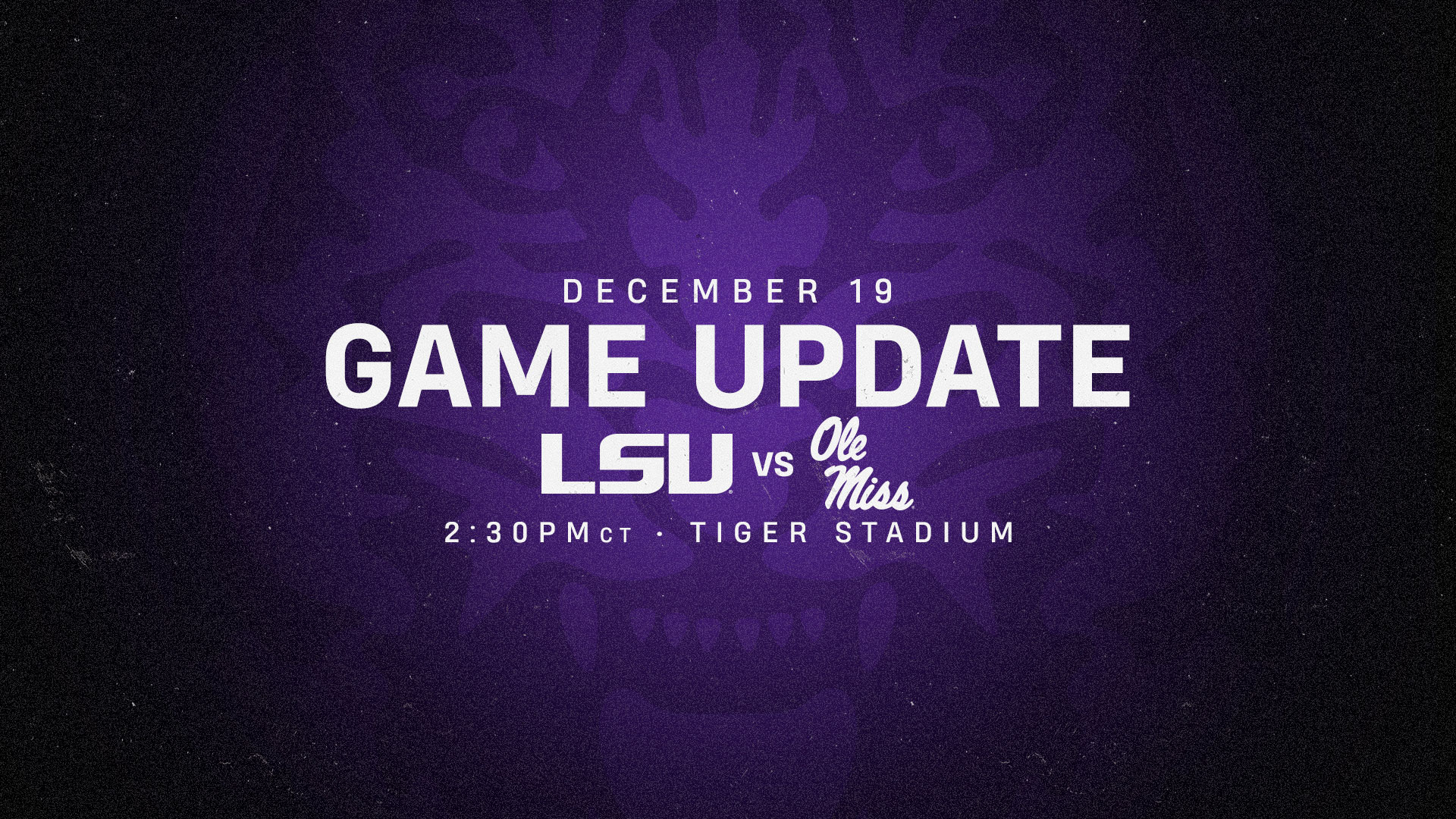 BIRMINGHAM, Ala. – LSU and Ole Miss will kickoff in Tiger Stadium at 2:30 p.m. CT on the ESPN family of networks, the SEC Office announced Thursday along with game times for its full Dec. 19, football schedule.

The SEC has scheduled four games on December 19 that were postponed during the 2020 season due to the impact of COVID and involve teams that did not otherwise qualify for participation in the SEC Football Championship. The 2020 SEC Football Championship game will kick off at 8 p.m. ET / 7 p.m. CT on December 19 in Atlanta’s Mercedes-Benz Stadium and will be televised by CBS.