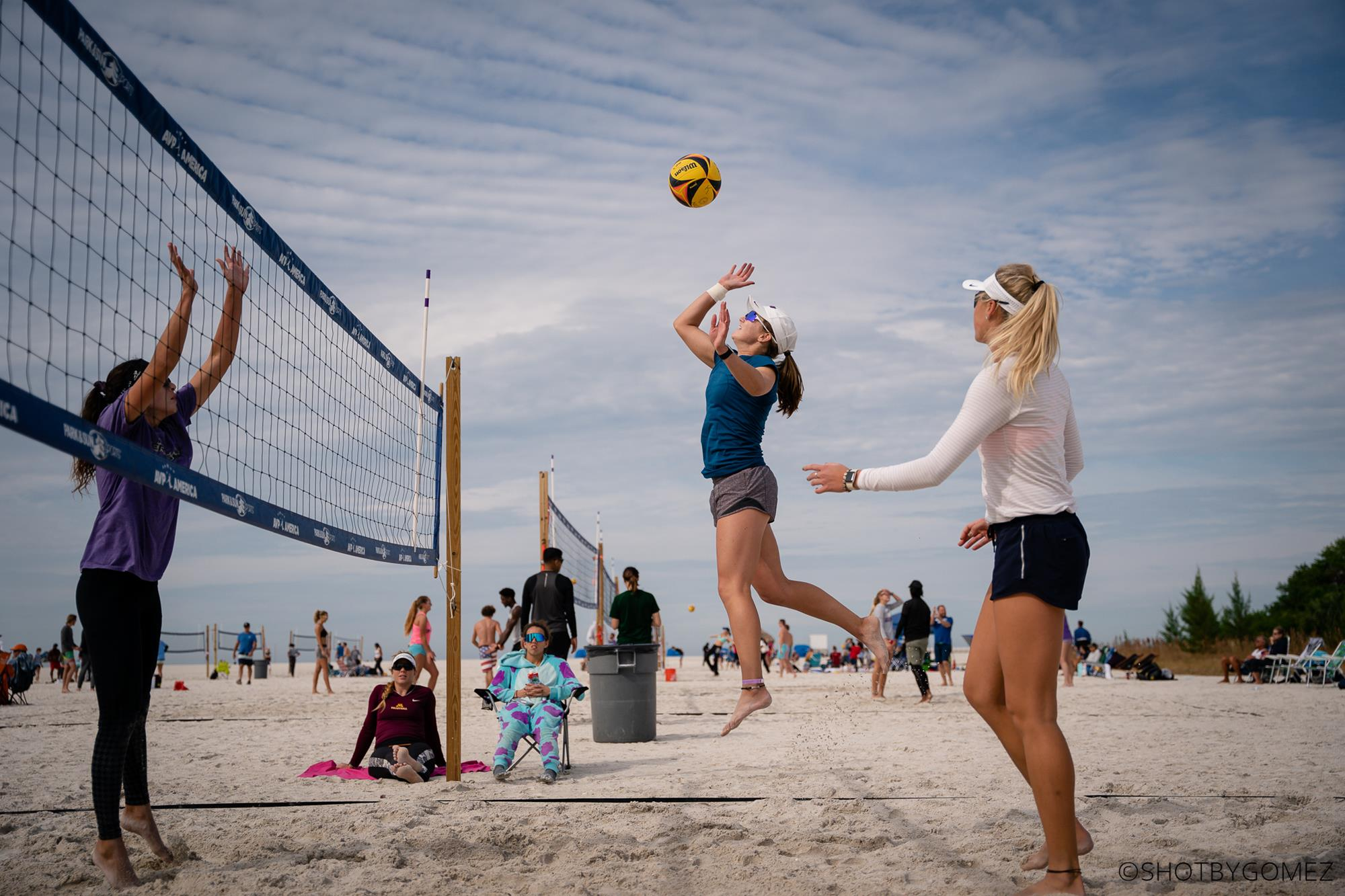 CLEARWATER BEACH, Fla.  – Taryn Kloth and Kristen Nuss of LSU Beach Volleyball took home the crown at the AVPNext Winter Wonderland over the weekend in Clearwater Beach, sweeping through all seven matches that they played in without dropping a set.

Both Kloth and Nuss were seniors last season, but due to the Spring season ending prematurely due to Covid-19 and student-athletes being granted another year of eligibility by the NCAA, both are set to return in the Spring of 2021. Playing together for much of the offseason, Kloth and Nuss have won multiple AVPNext events together as partners, including the AVPNext at Hyden Beach and Atlantic City.

Lara Boos and Kahlee York also competed in Clearwater Beach over the weekend, finishing third in their pool of four pairs and dropping their only match in bracket play to Larissa Maestrini França and Liliane Maestrini France out of Brazil.

Kloth and Nuss began the weekend sweeping through their pool of three. In their first match, Kloth and Nuss took down Anna Hall and Julianne Norman, 21-8 and 21-13. In their other match of pool play, the duo from LSU faced Tulane’s Allie Olsonoski and Kaylie McHugh and won, 21-11 and 21-16. Kloth and Nuss earned the No. 2 seed for Bracket Play.

In the quarterfinals Kloth and Nuss took down Jessica Wilson and Rachel Iaquaniello, 21-13 and 21-6. The semifinals saw Bree Scarbrough and Katie Hogan give Kloth and Nuss a solid run in the first set, but ultimately Kloth and Nuss prevailed, 24-22, before taking the second set, 21-14.

In the finals Kloth and Nuss cap off their run of excellence as Kloth and Nuss defeated Kimberly Hildreth and Sarah Schermerhorn, 21-13 and 21-19, earing the crown in Clearwater Beach.