Tipoff At 5 p.m. In the Maravich Center 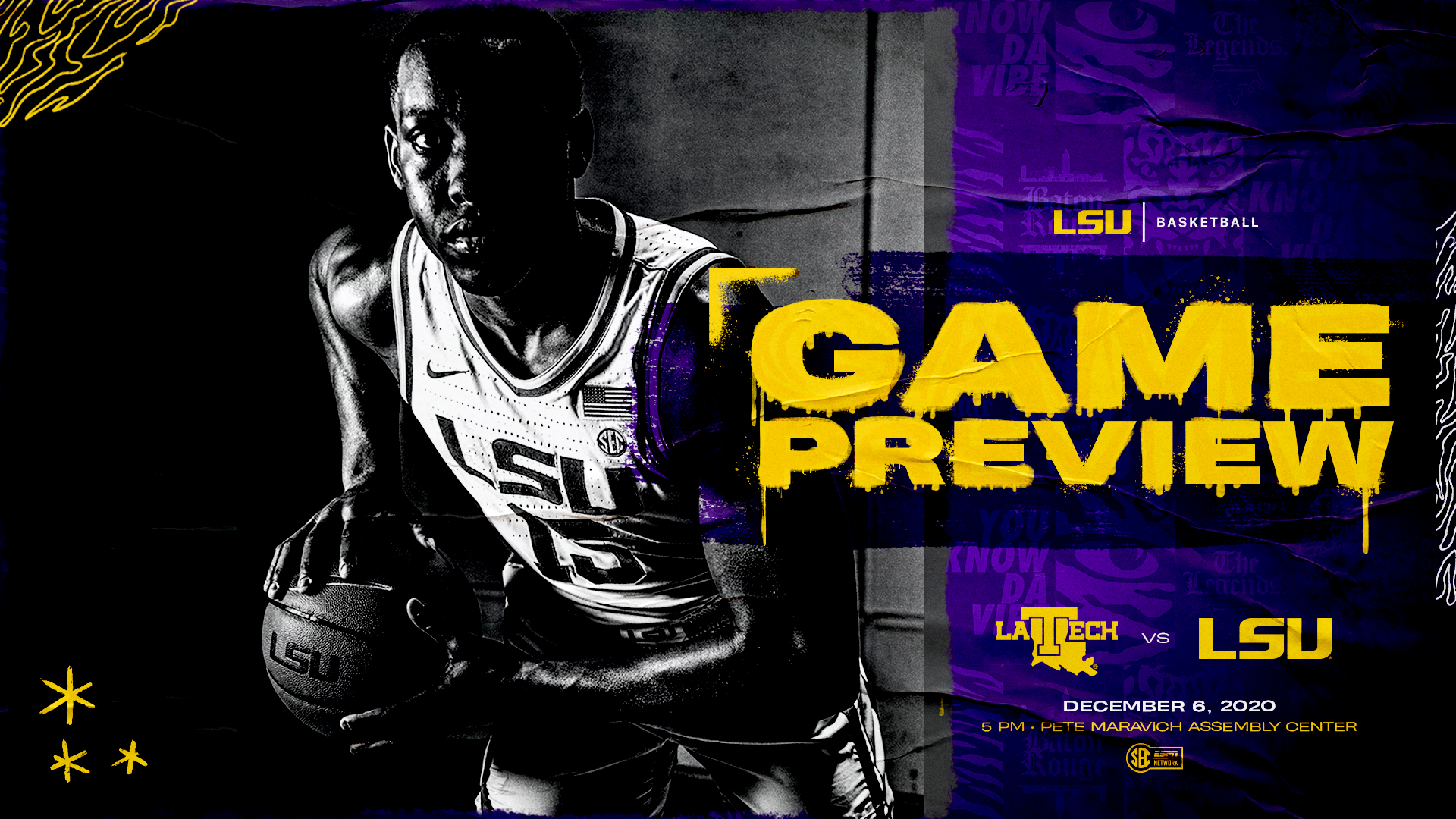 BATON ROUGE – LSU men’s basketball looks to continue the success it had Monday night in a big win against Southeastern when the Tigers host a very good Louisiana Tech team at 5 p.m. in the Pete Maravich Assembly Center.

The 2-1 Tigers and the 3-0 Bulldogs will meet in a game broadcast on the LSU Sports Radio Network (Guaranty Media 100.7 FM The Tigers in BR) with the Voice of the Tigers Chris Blair and former LSU head coach John Brady courtside. The game will be televised as the third game of a tripleheader afternoon of basketball on the SEC Network with Dave Neal and Jon Sundvold broadcasting from their home offices.

LSU continued its offensive strong points, but played solid defense for much of the game in a 94-43 win over Southeastern on Monday night at the Maravich Center. LSU held Southeastern to just 22 percent shooting from the floor with only five three-pointers. The Tigers out rebounded the Lions, 53-33 in the game.

Cameron Thomas had his third consecutive 20-plus point game with a team high 21, while Trendon Watford added 20. Mwani Wilkinson, who had five offensive rebounds, added 12, Darius Days had 11 and Javonte Smart posted 10.

The Tigers are averaging 90.3 points a game and they are shooting 51.8 percent from the floor over the three games. Thomas is averaging 24.3 points per game and Watford 19.0.

Ledoux leads the Bulldogs at 17.0 points per game while Pemberton is averaging 15.0 points a contest for Coach Eric Konkol, who is in his sixth season on the job in Ruston.

The two teams last met in an official game in November of 2018 at the Maravich Center with LSU winning, 74-67. LSU traveled to Ruston prior to the 2019-20 season for a charity exhibition game as part of the Hoops 4 Disaster Relief effort to help the city of Ruston and the LA Tech campus after a tornado in April, 2019.

LSU and Tech were scheduled to play a game at the CenturyLink Center in Bossier City in November of this year but that game, because of the pandemic, was moved to December 2021.

LSU will travel to Atlanta on Saturday, Dec. 12, for the Holiday Hoopsgiving schedule of games with LSU facing USF at 1:30 p.m. CT. LSU’s next home game is Dec. 16 against UNO.