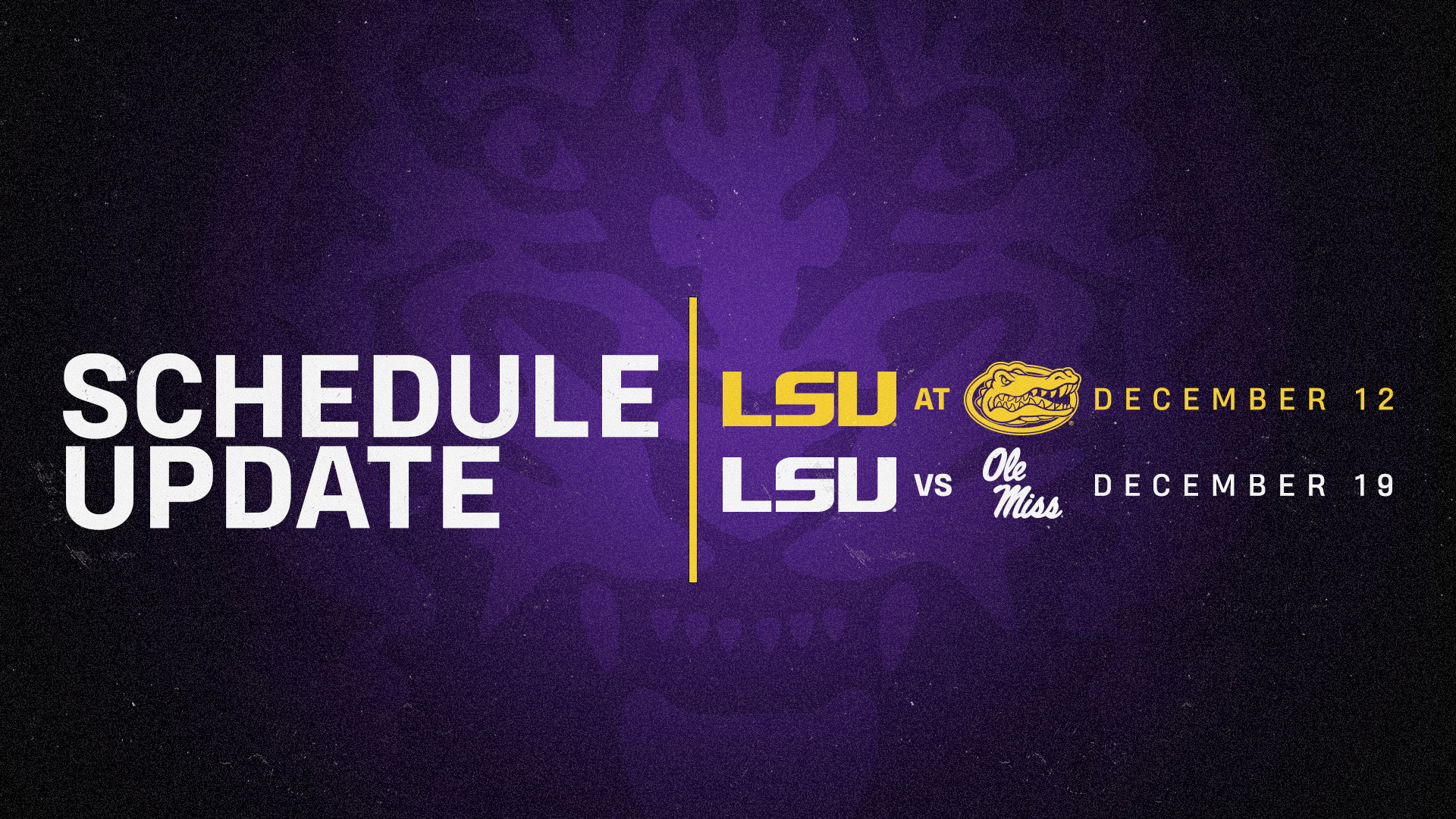 BIRMINGHAM, Ala. – LSU Football will play host to Ole Miss on Dec. 19, as the Southeastern Conference announced its schedule for the final two weekends of the regular season on Friday.

The SEC announced football games to be played on Dec. 12 and Dec. 19 as a result of game postponements during the 2020 season due to the impact of COVID-19.

This rescheduling of games allows for the continued opportunity for all 14 SEC teams to each play 10 games in the 2020 season. The revised schedule is contingent on the absence of additional postponements prior to Dec. 12.

Game times and television-network assignments for these weekends are expected to be announced on Sunday, Dec. 6.

Prior to the 2020 season, Dec. 12 was designated as an open date for all schools in order to reschedule postponements that developed during the season due to the impact of COVID-19. Dec. 19 is the date of the SEC Football Championship Game to be played in Atlanta’s Mercedes-Benz Stadium. Teams that do not qualify for the championship game are eligible to play rescheduled games on Dec. 19.