Tigers Back in Action at Home Against Alabama 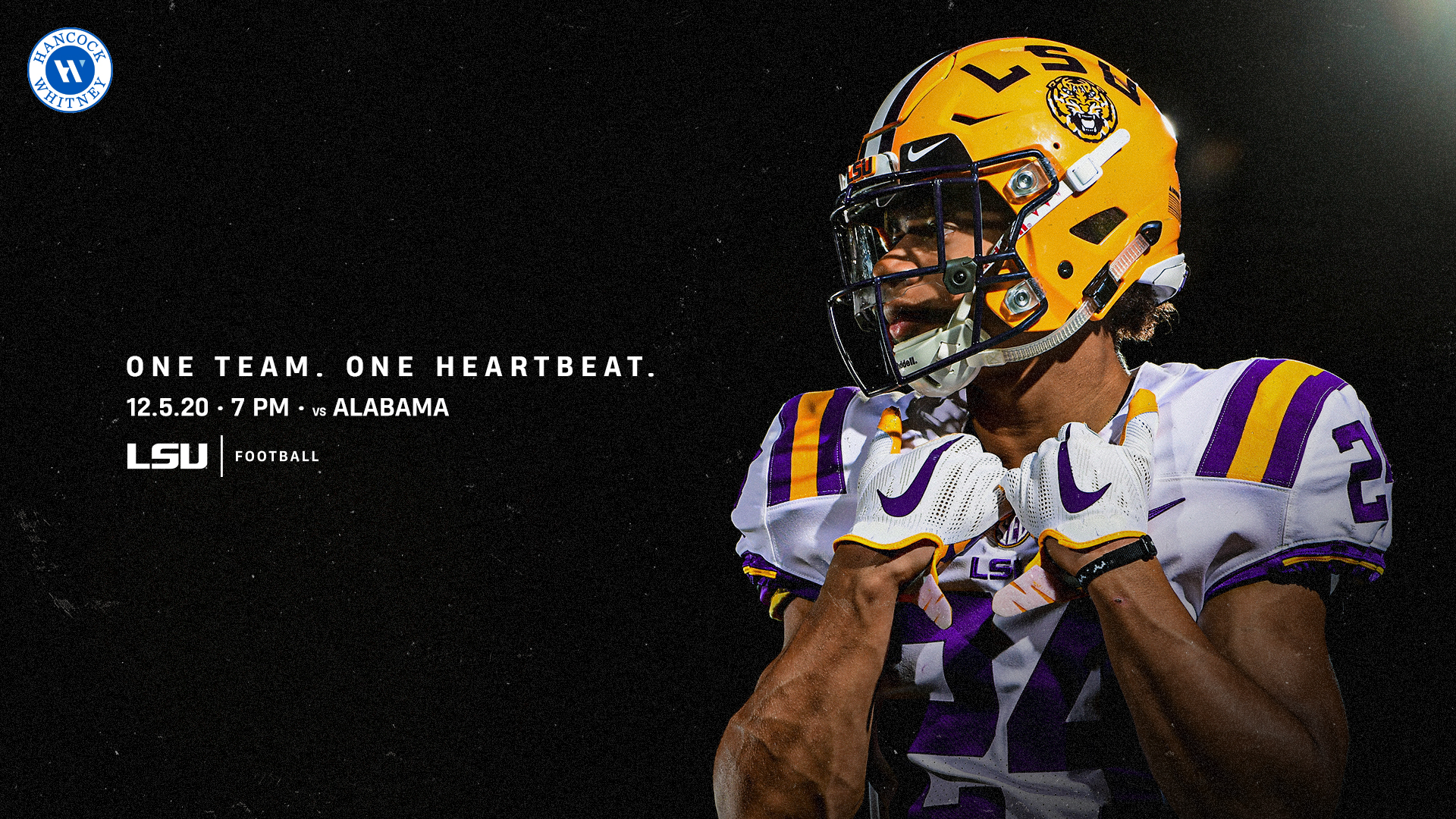 It’s a primetime showdown in Death Valley between LSU and Alabama on Saturday night.

In 2019, LSU knocked off Alabama, 46-41 in Tuscaloosa, en route to the program’s fourth-ever national championship. The 2020 matchup is LSU’s third in Tiger Stadium, its first since Oct. 24, and has been rescheduled from Nov. 7, following adherence to COVID-19 protocols.

Fight For Each Other

One Team. One Heartbeat. pic.twitter.com/OnviduotHT

LSU will look to improve to 14-0 after a loss under Ed Orgeron, following last week’s 20-7 defeat at Texas A&M. The Tigers have not lost consecutive games since 2015.

“This is LSU and Alabama,” Orgeron said. “It’s about us. We can control what we can control. Let’s go in there, play our best game we possibly can play.”

In last week’s loss, the Tiger defense played one of its best games yet, holding the Aggies to 105 passing yards and just 3.1 yards per attempt. Sophomore defensive back Cordale Flott registered eight tackles, one for loss, and broke up two passes, while fellow second-year corner and 2019 Consensus All-American Derek Stingley Jr. did not allow a single reception, breaking up three passes thrown his way.

At the heart of the defense, junior linebacker Micah Baskerville continued his consistent play, tallying a team-high 12 tackles, one for loss, and forcing a fumble. Behind him, the Tiger defense will also welcome back safety Maurice Hampton Jr., who has missed consecutive games.

“I think the biggest thing that came out of the game was no explosive passes,” said Orgeron.T”hat was a big improvement for us. We had some explosive runs, but didn’t have mistakes where guys were running free down there scoring touchdowns. I thought our man-to-man coverage was great. I thought our plan was great. I thought our defensive line played very well against a very good offensive line. We tackled well. Our linebackers got to the football. We missed a couple of fits on the counter plays, on the big plays. But to hold them for 13 points, 267 yards was a great output by our defense.”

Offensively, the Tigers will turn again to true freshman quarterback TJ Finley, who is set to make his fifth-straight start in the absence of injured junior Myles Brennan. Finley has thrown for 797 yards and four touchdowns, completing 59 percent of his passes. LSU will also likely utilize true freshman quarterback Max Johnson, who has thrown for 285 yards and two scores over three appearances, completing 63 percent of his passes.

Both quarterbacks faced plenty of pressure against the Aggies a week ago, but Orgeron is hopeful the Tigers have fixed their protections for this weekend.

“What happened in this game wasn’t the amount of people that were blocking, it was how we were blocking,” Orgeron said. “They were overloading one side. We turned away from it and those guys came. That’s just scheme. It’s something that we can fix. It wasn’t about bringing extra people into the protection. We like to get as many people as we can out.”

“I’d like to get Arik Gilbert the ball more,” Orgeron said. “I think he is an outstanding player. We can move him out to receiver position. Jontre Kirklin is sitting in the wings. Hopefully we can get Trey Palmer back. We have two great young receivers in Kayshon Boutte and Koy Moore.

We have a lot of guys that are hungry to catch the ball. I think the next man up is going to prove they’re very good receivers.”

It will be the first regular season game in December for the Tigers at home since 2001, when LSU beat Auburn on Dec. 1 to clinch a spot in the SEC Championship Game. With three games left in the season, the Tigers are fighting for the present and for the future, to win now and to build a foundation for later.

“I think you need to build grit within a football team,” Orgeron said. “I think you need to build toughness. The young guys need to learn how to go out there and play and win. But we need to coach them better. I think it’s a combination. Nobody wants to go through a season like this. But I do believe we’re building character and grit and it’s going to pay off for us later on.