Soccer Named BASF Team of the Month For November 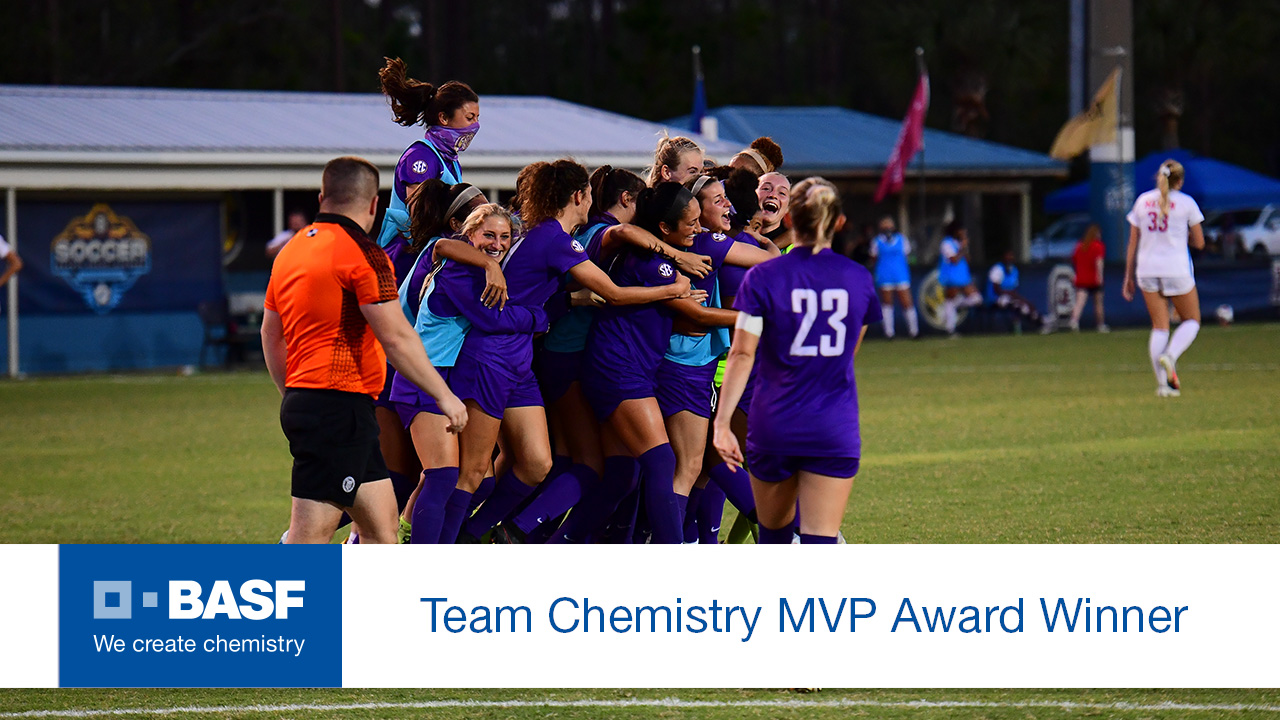 Baton Rouge, La. – The LSU soccer team has been named the BASF Team of the Month for November after two wins at the SEC Tournament advanced the Tigers to the quarterfinals.

LSU knocked off Alabama in the first round of the SEC Tournament with a 2-0 thumping of the Tide on Nov. 13. Mollee Swift made 10 saves in the match and earned her first-career shutout in an LSU jersey, and Taylor Dobles provided both goals for the Tigers with her first collegiate two-goal performance. She scored early on in the 13th minute and then added the dagger late in the match in the 88th minute.

Two days later, LSU returned to the pitch and knocked off No. 14 Ole Miss with a 2-1 win in overtime in the second round. Tinaya Alexander scored both goals for the Tigers, marking the third time in her collegiate career she has scored two goals in a game. The first one came in the later part of the first half when Alexander intercepted a ball from Ole Miss’ backline and finished the play off with a clinical goal from 12 yards out in the 32nd minute. Ole Miss equalized shortly before the half and it remained tied until the last minute of the first overtime period.

Meghan Johnson penetrated the right side of the Rebels’ 18 before playing a ground cross in to Alexander who finished off the win from inside the six with 12 seconds remaining on the clock in the first overtime session. Swift came up with a number of huge saves in the match and totaled eight on the day.

LSU’s run at the SEC Tournament came to a close on Nov. 17 against No. 8 Texas A&M in the quarterfinals by a final score of 1-0.