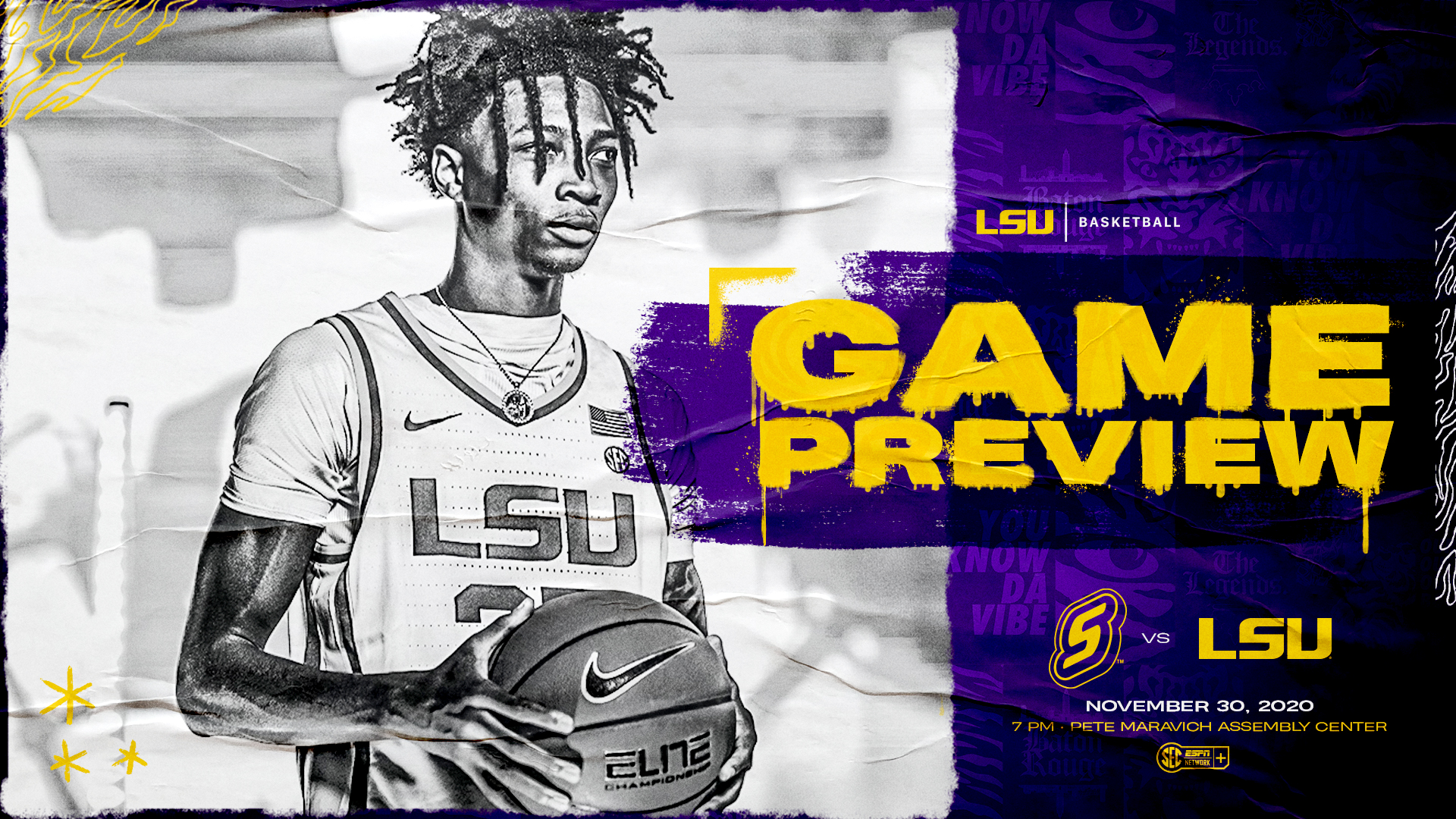 BATON ROUGE – It is quickly back to work for the 1-1 LSU basketball team as the Tigers will host Southeastern in a 7 p.m. Monday tilt at the Pete Maravich Assembly Center.

After games of Thursday and Saturday and a return flight back to Baton Rouge late Saturday evening, the Tigers practiced on Sunday in preparation for the contest that will be broadcast on the LSU Sports Radio Network and steamed on the SEC Network +.

Chris Blair and former LSU basketball coach John Brady will be courtside for the game while Lyn Rollins and Victor Howell will call the streaming telecast from the LSU Television Network studios.

Tickets have been selected for the game by season ticket holders in the past 10 days as capacity will be limited to 25 percent in the Maravich Centers.

Freshman Cameron Thomas led LSU with 27 points against SIUE and 25 versus Saint Louis, hitting 10 field goals and four three-pointers in each game. He is 20-of-39 from the field and 8-of-19 from the arc.

Darius Days had a career night of 24 points against SIUE, while Trendon Watford had 24, just two off his career high, against Saint Louis.

Both the Tigers and Saint Louis shot over 61 percent in the second half Saturday as LSU tried to come back from a 10-point halftime deficit.  The Billikens used a 13-2 first-half run to get control of the game. LSU fought back and had a three-pointer in the air to tie the game under five minutes and had the game to one point in the final minute.

Southeastern is 0-2 coming into the game after an overtime loss at Purdue Fort Wayne and at UAB last week. Nick Caldwell leads the team in scoring at 11.5 points per game for the Lions with Joe Kasperzyk at 8.5 and Elijah Ifejeh at 8.0. The Lions have struggled from the field, shooting 34.3 percent (46-134) and 5-of-49 from the arc.

This is the first of two straight home games for the Tigers with LSU hosting Louisiana Tech on Sunday at 5 p.m. in a game televised on the SEC Network. The Tigers and Bulldogs were supposed to meet in Bossier City last month but that game was moved to the 2020-21 season and the teams arranged for this game for this season.