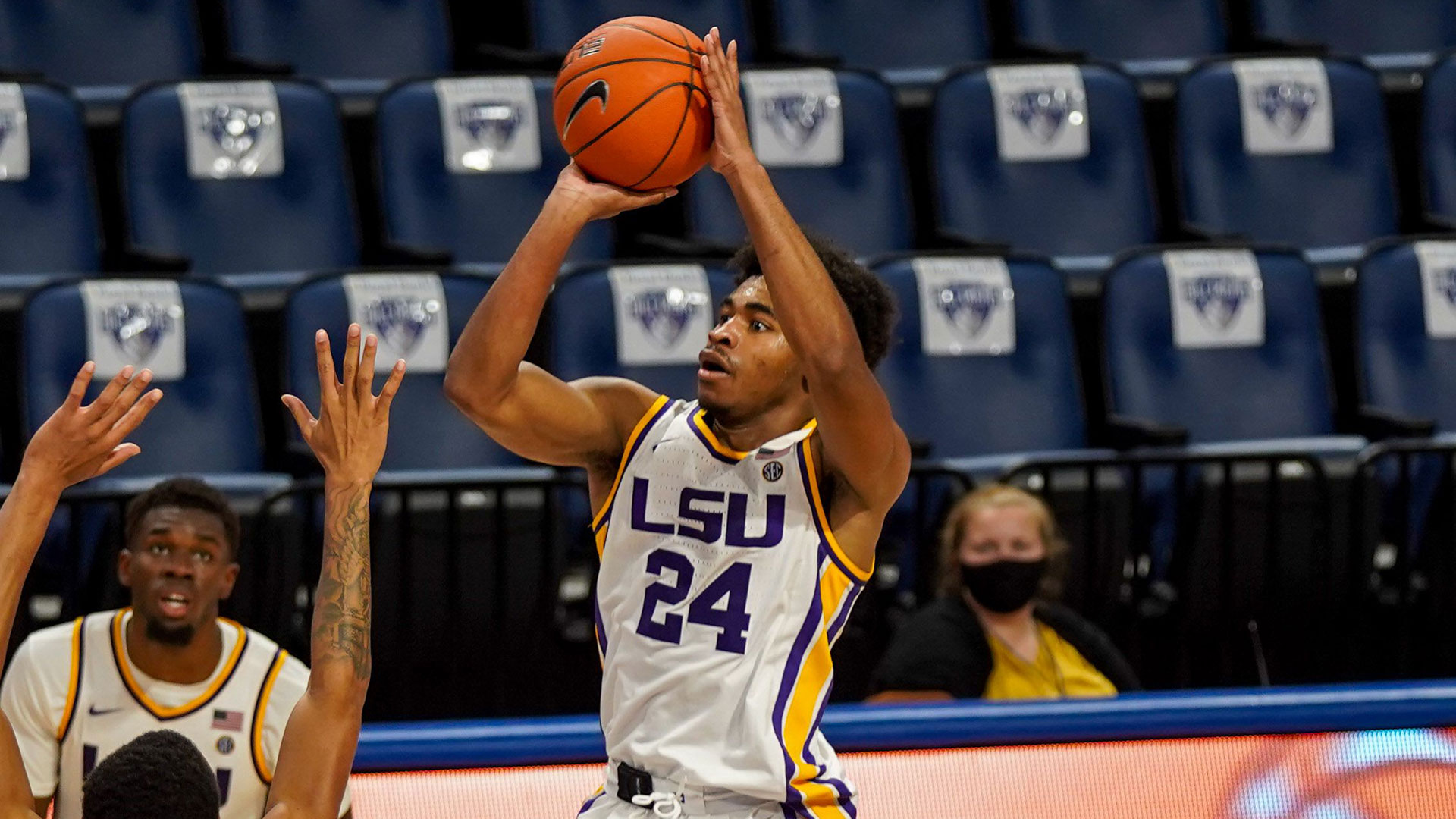 ST. LOUIS, Missouri – The Saint Louis Billikens used a 13-2 over a four-minute period in the first half and made that advantage hold up to score an 85-81 win over LSU Saturday afternoon in The Billiken Classic at Chaifetz Arena.

The Tigers fought back in the second half, rallying to have a three-pointer to tie in the final five minutes and later closed the game to one point inside the final minute.

LSU (1-1) will play its home opener on Monday night at 7 p.m. against Southeastern in the Pete Maravich Assembly Center. The game will be broadcast on the LSU Sports Radio Network and streamed on SECN+

Cameron Thomas again hit 10 field goals and four treys in leading LSU with 25 points, while Trendon Watford was two points off his career high with 24 points. For the second straight game, the sophomore led LSU in assists with six, giving him 15 in two games. Javonte Smart also hit four treys and had 18 points.

Javonte Perkins had a big night for Saint Louis (2-0) with 32 points and five assists, including four treys and 8-of-8 at the free throw line. Gibson Jimerson added 16 points while Demarius Jacobs had 13 and Jordan Goodwin 11.