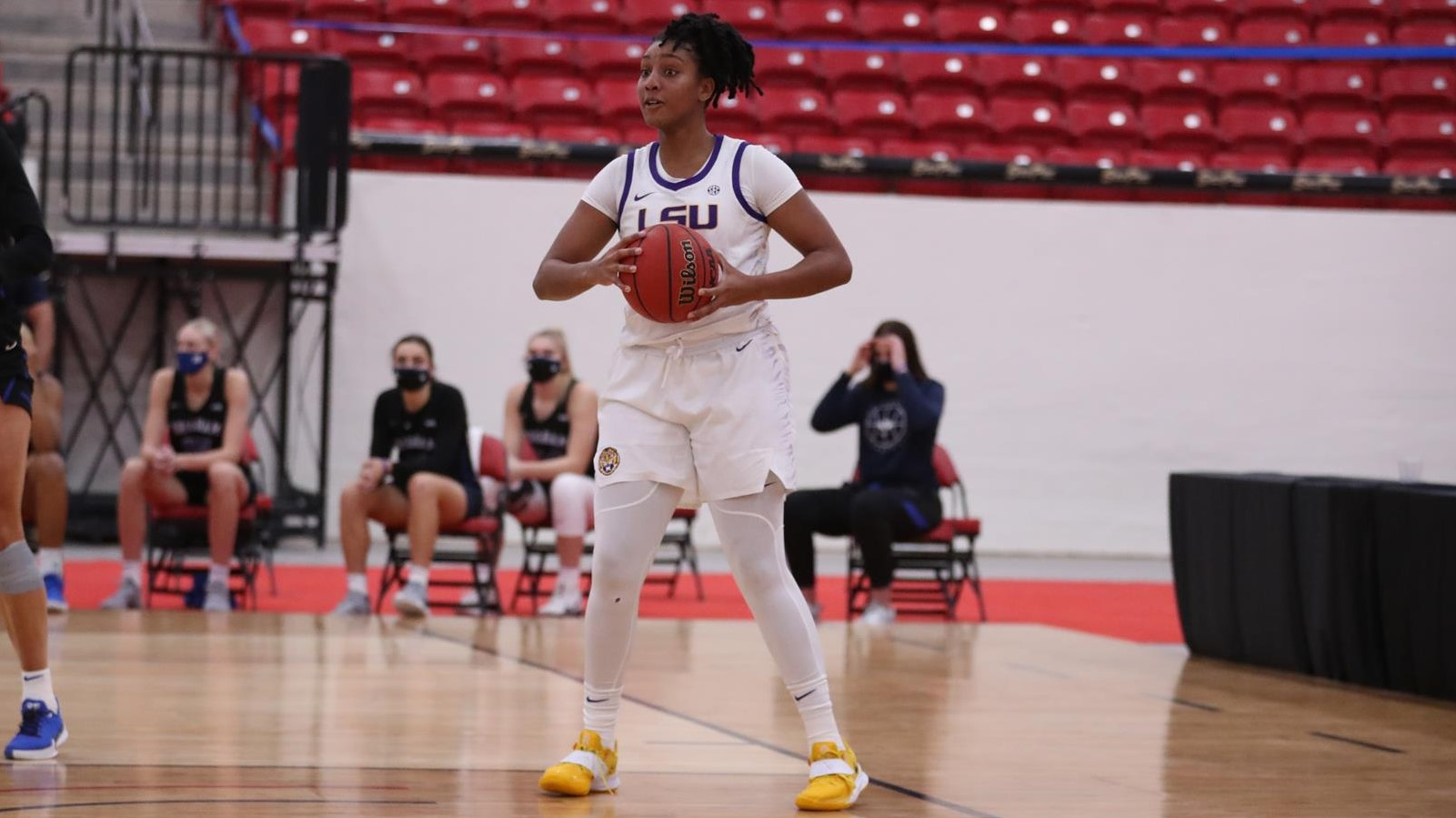 Senior Awa Trasi led the Tigers with 15 points, while senior Karli Seay recorded a career-high 12 points. Redshirt senior Faustine Aifuwa earned her first double-double of the season and the 10th of her career with 12 points and 10 rebounds. Aifuwa made the first three-pointer of her LSU career with 2:42 left in the second quarter.

LSU will be back in South Point Arena for the second game of the South Point Thanksgiving Shootout tournament against West Virginia. The game is at 5:45 p.m. CT and will be broadcast on South Point live stream linked to the LSU Sport Radio Network call. Live stats will be available.

“I thought we did a good job in coming back in the first quarter. We dug ourselves a hole in the beginning. We didn’t get off to the start I thought we would, but a lot of credit to BYU. I thought (Shaylee) Gonzales did a really good job of picking us apart. I felt like our offense was dictating how we played defensively, and you can’t allow that to happen, especially on the road. We didn’t shoot the ball extremely well in the second quarter and that’s when they separated themselves. From that point on, we played even. You can’t have a quarter where they’re +10. That’s the game right there. We weren’t getting the stops we needed, and they were scoring. We’ve got to turn around now and play a very good West Virginia team that understands scoring and transitions. This was not one of our better performances, but again we’re still early, first game of the season, and we’ve got to turn this around immediately and get ready to go tomorrow.”

“We had an opportunity there to establish ourselves. When a team is doubling on calls, we have got to have perimeter players that are ready to knock down shots. We weren’t able to do that. We weren’t able to get any scoring off of our bench plays and our starters didn’t shoot a great percentage either. That’s an area of concern for us right now; to be able to turn a team over 24 times and not be able to convert off of those turnovers. I thought there was an opportunity there, especially in the third quarter, that our defense was picking up and we got it to a single digit lead, and then we would turn the ball over. And then we would get it to a single digit lead and give up a three. Those plays are what you call backbreakers, and that happened several times. This is a 40-minute game and we tell our kids all the time that they have to be ready and locked in from the tip to the sound of the buzzer. That’s an area, when you’re looking at the veterans, that I’m going to challenge them to be better leaders on the floor and make sure defensively that we’re more locked in to guarding people.