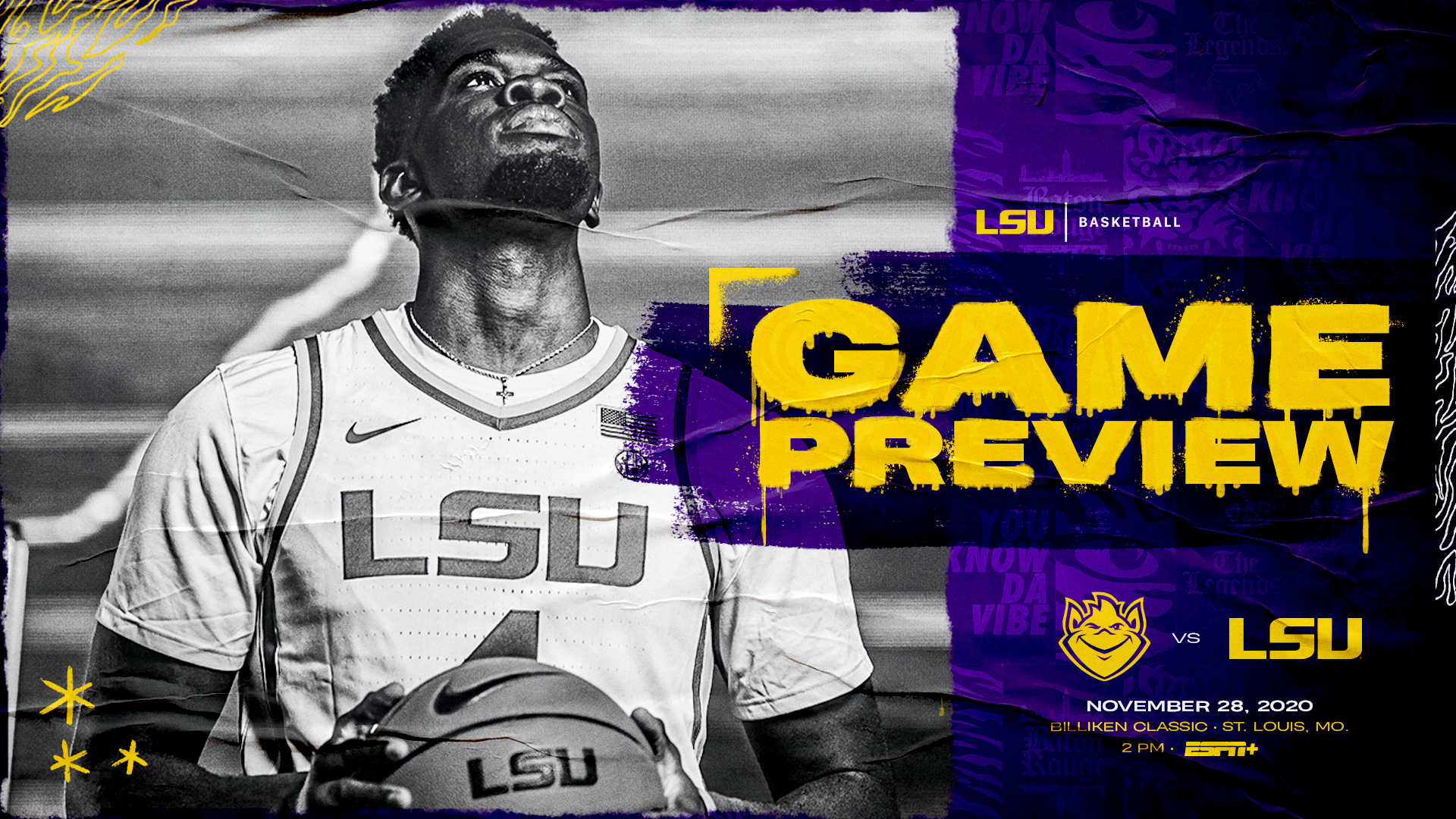 ST. LOUIS – The LSU Tigers, off a season opening win in Thursday’s contest in the Billiken Classic, will play the host Saint Louis team Saturday at 2 p.m. at Chaifetz Arena.

The Tigers defeated SIU Edwardsville on Thursday night, 94-81, while Saint Louis defeated SIUE on Wednesday by a score of 89-52.

The game will be broadcast in the Baton Rouge area on the LSU Sports Radio Network and 100.7 FM The Tiger with Patrick Wright and former LSU Head Coach John Brady on the call. The game will be streamed on subscription service ESPN+.

Saint Louis (1-0) returns all five starters from last year’s team that finished 23-8 overall. Javonte Perkins, who was last year’s A-10 Sixth Man of the Year for head coach Travis Ford, started in SLU’s opener and scored 15 of the Billikens’ first 23 points to help SLU get rolling in their win. Five players were in double figures led by Perkins, who finished with 22.

LSU got big production from four players led by Darius Days with a career high and Cam Thomas, who became one of 13 players at LSU since 1976-77 to score 21 points or more in their first varsity game.

Days hit back-to-back-to-back threes and then got a tipoff to spark his own 11-0 run early in the first half Thursday night as LSU got out to a 26-4 lead. But SIUE began to find their offensive rhythm and began draining consecutive threes. The Cougars would cut the game to two points eight minutes deep into the second half, but LSU never surrendered the lead and was able to win on opening night for the seventh straight season.

“We were glad to be able to get the rust off,” said LSU Coach Will Wade. “We had 19 assists on 30 made buckets which I loved. It was a little bit rusty; we hadn’t played in a while. We got a big lead and I think we relaxed a little bit, but give SIU Edwardsville a lot of credit. They played extremely hard and now we’ve got to turn it around and go on Saturday.”

Thomas made 10-of-21 field goal attempts and four treys in a 27-point output for the five-star freshman from Chesapeake, Virginia. Thomas had some clutch buckets for LSU down the stretch and played 33 minutes in his debut.

In all, 10 players saw action for the Tigers and newcomers Shareef O’Neal, Mwani Wilkinson, Eric Gaines, Jalen Cook and Bryan Penn-Johnson all joined Thomas in the scoring column for LSU.

It was ironically the second straight game for LSU to post 94 points as the Tigers scored 94 in their last game in early March to close the season against Georgia.

The Tigers will have a quick turn around again as they will host Southeastern in a 7 p.m. tilt at the Maravich Center on Monday night. The game will be broadcast on the LSU Sports Radio Network and streamed on SEC Network+.