Preview: Tigers Hit the Road for Showdown with No. 5 Texas A&M 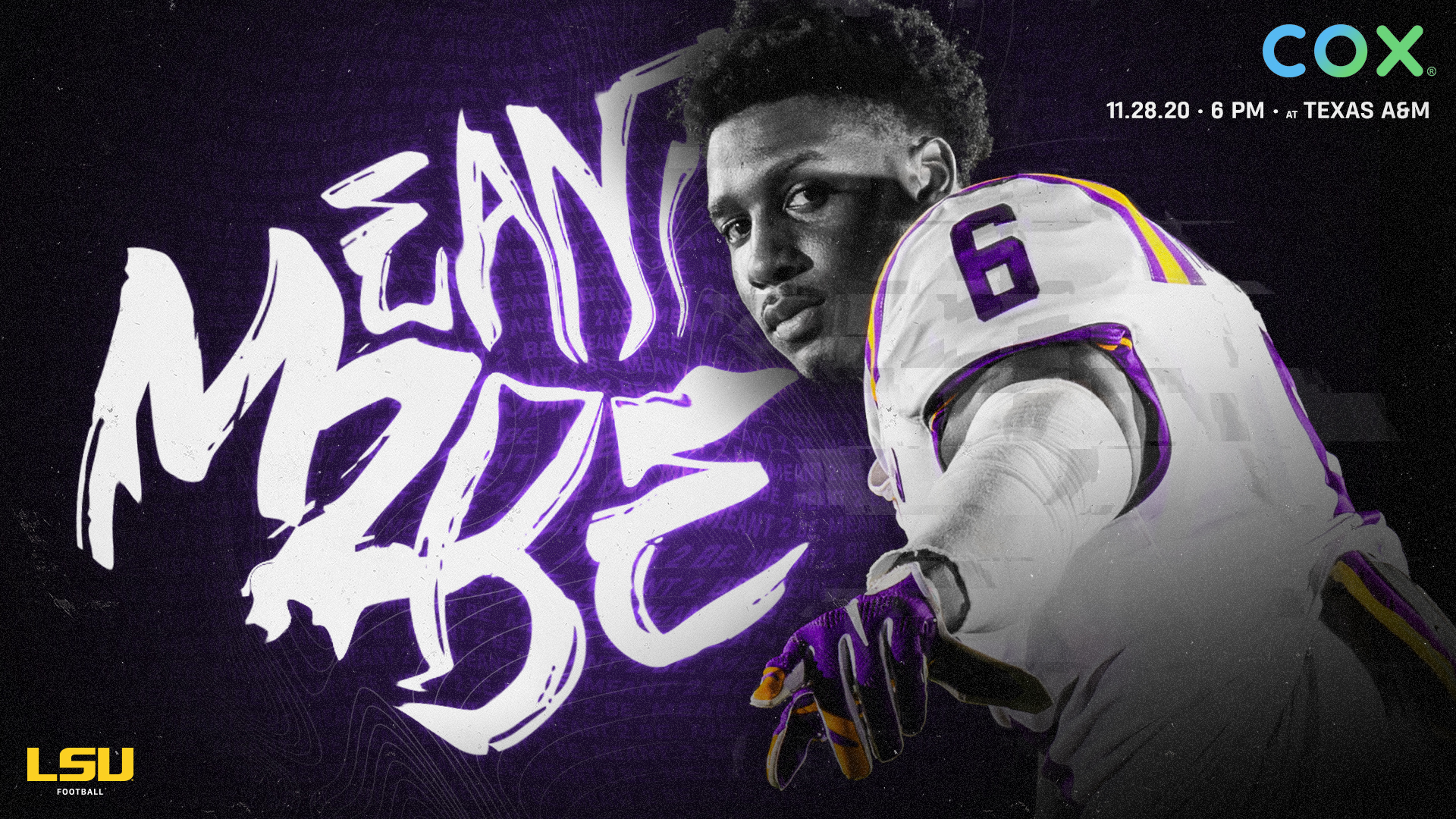 After a bounce back win in Fayetteville, LSU (3-3) travels to College Station on Saturday night to face No. 5 Texas A&M (5-1), looking to put together consecutive victories for the first time this season.

Kickoff at Kyle Field is set for 6 p.m. on ESPN and the LSU Sports Radio Network.

The Tigers enter another SEC West showdown coming off a gritty win in a rivalry game last Saturday against Arkansas. With the game on the line, freshman quarterback TJ Finley came through in the clutch with a game-winning 13-yard touchdown pass to Jaray Jenkins. A field goal block by sophomore cornerback Jay Ward sealed the deal in bringing the Golden Boot back to Baton Rouge.

LSU’s young talent continues to grow up and mature with each game. In fact, head coach Ed Orgeron felt like the Tigers were playing like a more experienced football team against the Razorbacks. He felt it on the sidelines, and he felt it during their three-week layoff in practice.

“It felt like it,” Orgeron said on LSU’s young team growing up. “It not only felt like it during the game, it felt like it in those three weeks of practice. We were embarrassed by our performance at Auburn. We gotta have better leadership. We gotta coach better. And we were not playing like LSU should play. Hopefully making the last play of the game gave our guys some belief and some confidence to fight through it and they can win.”

“We’ve got to keep growing up,” added LSU center Liam Shanahan, who spoke with reporters on Tuesday. “A lot of young guys are stepping up, playing well and making plays. It wasn’t the prettiest win (at Arkansas), but we fought through adversity. It’s a game we easily could have lost.”

Finley, and sophomore running back Ty Davis-Price, led the way on offense last week. Finley has completed 57-of-87 passes for 679 yards and 4 TDs, coming off his best outing with career-highs for completions (27), attempts (42) and yards (271) along with 2 TDs in the win over Arkansas. Davis-Price is coming off a 104-yard game with one touchdown.

“It took everything we had to beat Arkansas,” said Orgeron. “Hopefully it’s a springboard for us to have a great end to the season starting with Texas A&M.”

On offense, it’s clear the coaching staff wants to get Arik Gilbert more involved in the passing attack. The talented freshman tight end caught five balls for 55 yards last Saturday, but when Orgeron passed by Finley in the hall on Monday, he told him “when all else fails, throw to No. 2.”

Feeding No. 2 the ball seems like a smart plan.

After leaving last Saturday’s game with an injury in the third quarter, Derek Stingley should return to the field after practicing all week in a gold, non-contact jersey, Orgeron said. The head coach also listed receiver Racey McMath as “very doubtful” to play during Monday’s press briefing.

LSU’s defense showed promising improvements against the run and in rushing the passer, but Orgeron still wasn’t pleased with the amount of explosive plays (9) and deep balls that Arkansas’ offense were able to convert. Senior edge rusher Andre Anthony did earn SEC Defensive Lineman of the Week on Monday after recording four tackles and two sacks.

After a career day in Arkansas, @JenkinsJaray goes Inside the Huddle with @emilyvdixon

The Aggies are led by a veteran quarterback in Kellen Mond, who’s tallied 1,468 yards through the air with 16 touchdowns and two interceptions in his senior campaign. On the ground, sophomore Isaiah Spiller has 643 total rushing yards on 103 carries with five touchdowns.

A&M also boasts the top defense in the SEC heading into Week 13, allowing 25.0 points and 338 yards per game.

“Their run game is a lot better,” said Orgeron. “Mond is playing better; they’re protecting him, only two sacks. They have the number one defense in the SEC. That’s very impressive. They’re tough against the run. The defensive line is playing very well. I just think they’re playing overall good football and they’ve improved in almost every area since last year.”

After posting a convincing 50-7 win over Texas A&M a year ago, the Tigers will get on the plane with an underdog mindset this time around.

“No one expects us to win,” said senior linebacker Jabril Cox. “We’re the underdog. Going in there and trying to ruin their day is something we want to do.”