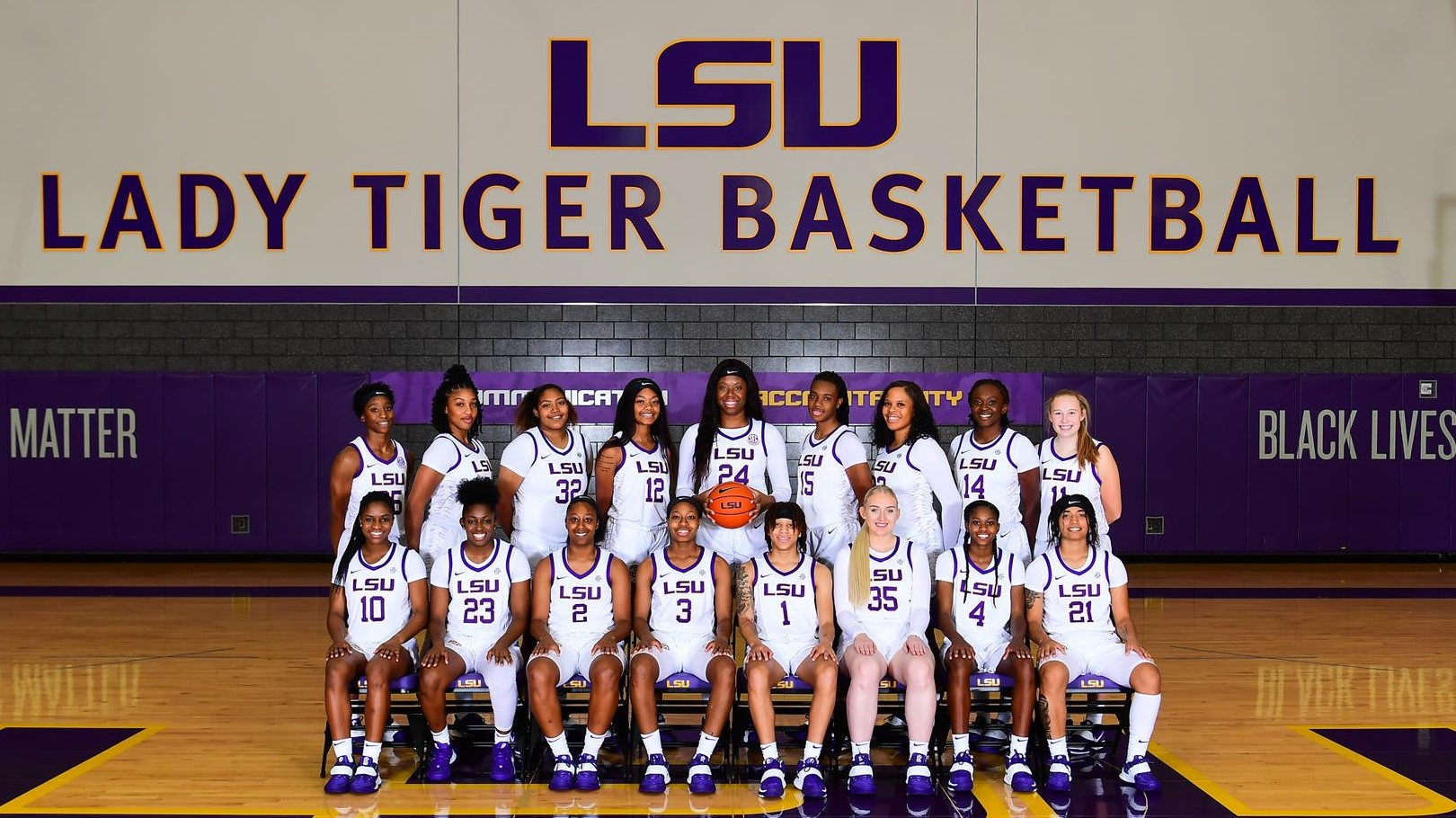 LAS VEGAS – The LSU women’s basketball team is making its second appearance in four seasons in the South Point Thanksgiving Shootout to start the 2020-21 season. The Tigers will face BYU on Friday, November 27 at 8:30 p.m. CT and West Virginia on Saturday, November 28 at 5:45 p.m. CT at the South Point Arena in Las Vegas.

Both games will be live streamed through the South Point’s in-house network. There is a $10.00 fee to watch each game. The games will also be broadcast on the LSU Sports Radio Network and locally in Baton Rouge on 107.3 FM. Garrett Walvoord will be calling the action for the network, while Voice of the Lady Tigers Patrick Wright covers the men’s team in St. Louis over the weekend. Links to the streams, audio broadcasts and live stats are available at LSUsports.net.

LSU is currently receiving votes in the USA Today Coaches poll as the Tigers tip off the 2020-21 season. The Tigers finished the COVID-shortened 2019-20 season with a 20-10 overall record. It was the fifth 20-win season for LSU under the leadership of head coach Nikki Fargas. 2020-21 will be season number 10 for Fargas in the Purple and Gold. She carries a 168-116 record over the past nine seasons with the Tigers, standing second o the LSU all-time wins list. The SEC coaches and media ranked LSU seventh in the league in their annual predicted order of finish polls.

Pointer finished her junior year ranked 10th in the SEC in scoring with 14.8 points per game. A mainstay at the point for LSU for three seasons, Pointer was third in the league in assists per game (4.7), fifth in steals per game (2.1) and seventh in assist/turnover ratio (1.7). She was also the team’s best free throw shooter at 71.6 percent which ranked 10th in the SEC. Pointer was an ironwoman on the court, averaging 32.7 minutes per game. The 5-7 guard from Marietta, Georgia, had a stretch during the 2019-20 season where she played three consecutive, 40-minutes games – February 2 vs. No. 15 Texas A&M, February 10 vs. Missouri and February 13 vs. No. 23 Tennessee. All three games were victories at home in the Pete Maravich Assembly Center. Over that three-game stretch she averaged 18 points, 5.3 rebounds, 4.7 assists and 2.1 steals per game.

Pointer is on pace to become the 34th Tiger women’s basketball player to score 1,000 career points for the Purple and Gold as she starts the season with 934 points. She currently ranks 14th on the LSU career assists list with 341 and needs 60 steals to crack the LSU Top-10 career list.

Aifuwa continues to dominate in the paint for LSU. The 6-5 center from Dacula, Georgia, finished the season ranked 30th in the nation with 63 blocked shots on the season and 35th in blocks per game with a 2.1 average. Both marks ranked third in the SEC. She finished the season ranked sixth in rebounds per game with a 7.9 average on her way to earning 2020 SEC All-Defensive Team accolades. Against Auburn on February 16, she scored the first 20-point game of her career to go along with 10 rebounds. She finished with seven games of double-digit rebounds, including a career-high 16 boards in a win against No. 15 Texas A&M on February 2. In the regular season finale at Arkansas on March 1, she blocked a career-tying seven shots.

Cherry and Trasi locked down their places in the starting lineup late in the season. Trasi finished the season fourth on the team in scoring with 6.5 points per game, while Cherry was fifth with 5.8 points per game. Trasi brought added strength to the team’s post play while being able to hit long range from the perimeter with a team-leading 27 three-point baskets made. Cherry brought depth to LSU’s guard capabilities and was second on the team with 35 steals.

The Opponents – BYU and West Virginia

This will be the first meeting between LSU and the Cougars from BYU. A member of the West Coast Conference, BYU finished tied for second in the league with an overall record of 18-11 and 13-5 in conference play. Head coach Jeff Judkins is in his 20th season with the Cougars. Judkins’ squad is led by two-time WCC Defensive Player of the Year Sara Hamson who returns for her senior season at center after leading the nation in blocked shots and blocked shots per game last season.

This will be the sixth meeting between the Tigers and the West Virginia Mountaineers. LSU is 5-0 versus WVU, including two NCAA Tournament Second Round wins in 2007 and 2014. The teams faced each other twice during the 2006-07 season. LSU Director of Player Development Ashley Johnson was a member of that team.

The Mountaineers are led by head coach Mike Carey who is entering his 20th season in Morgantown. WVU was 17-12 overall and 7-11 in the Big 12 last season. Redshirt senior guard Kysre Gondrezick is the top returning player for the Mountaineers. She was the team’s leading scorer averaging 15.3 points per game and was named All-Big 12 honorable mention.