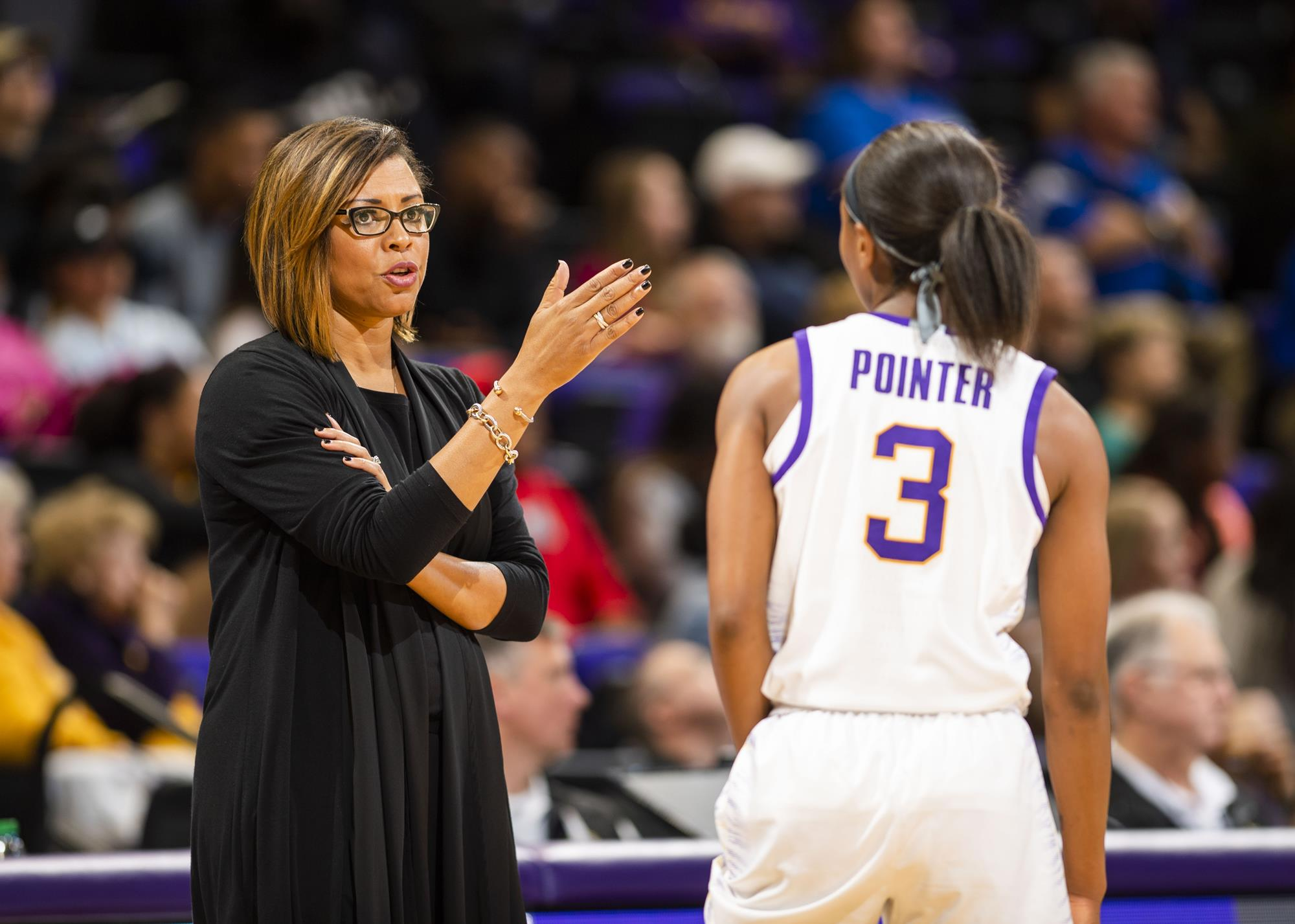 If you go back 115 months to then Nikki Caldwell’s introductory press conference, you’ll find a coach with the same energy and charisma that she comes to work with today.

Her enthusiasm for the game, and for LSU, hasn’t wavered one bit.

The only thing that’s changed is her last name — from Caldwell to Fargas — and the birth of her now 8-year-old daughter Justice Simone. Yes, those are some considerable changes, but on the floor, the optimistic outlook she had for the program in April of 2011 still remains firm in November of 2020.

A decade of service to anything is an important and unique milestone. It shows both consistency and achievement. For Fargas, many parallels can be drawn from the team she inherited almost 10 years ago to the team she leads onto the court in 2020. It all starts with leadership and experience.

“A lot has happened in this past decade,” Fargas said. “When you reflect back to the first day that I stepped onto this campus, I can recall having a veteran group of seniors. I can recall LaSondra Barrett, Courtney Jones. We had a nucleus that was ready to go, and they were experienced.”

Our leader. Our mentor. Our role model.

A decade at LSU for @lsunikkifargas

Fargas feels this year’s group will have a nucleus that will be ready to go, too. They have the tools. They have the experience. They have the youth and they have the depth. The goal is always to finish top four in the conference to get a bye in the SEC Tournament, but Fargas wants to reach for more than just that.

A mentor and role model to countless young ladies, Fargas has done a lot of teaching in her 10 years in Baton Rouge. That goes without saying. But she’s also learned a few things along the way. Her biggest takeaway? The brand of LSU is an international one, something she realized instantly when she hit the recruiting trail.

That’s what LSU’s done under Fargas’ leadership. Entering the 2020-21 season with an all-time record of 168-116 during her tenure, Fargas’ 168 victories rank her as the second-winningest women’s basketball coach in school history in terms of total wins, behind legendary coach Sue Gunter.

“I just remember playing against Sue Gunter and how good (LSU) was, and I know that she did it the right way,” Fargas said to reporters after her introductory press conference in 2011. “There’s a generation of us that played in the early 1990s that are now coaching, and we’re able to coach at places where there were iconic coaches that made a difference in the game when it wasn’t popular.”

Her teams have secured six NCAA Tournament appearances, with back-to-back trips to the NCAA Sweet 16, and 29 victories over ranked opponents. And if last season wasn’t cut short due to the COVID-19 pandemic, that would’ve marked a seventh appearance in the Big Dance. It’s safe to say they’ve got unfinished business.

The Tigers have also been model student-athletes in the classroom. Under Fargas, LSU’s women’s basketball team has recorded a perfect score of 100 in graduation success during three seasons. In her nine seasons at LSU, the Tigers have earned 28 SEC Academic Honor Roll accolades.

Not only is she a Division I coach, she’s also a proud mom. Being a parent, among all other things, has given her a unique perspective in the gym. It’s taught her to always be on time, to always have patience, and to treat her student-athletes as if they were her own daughters.

Did someone say National Daughter Day?! My one and only, Justice???? pic.twitter.com/aKeU8uGKaN

“Being a mom has made me a better coach,” Fargas said. “I feel like my patience is better. I’ve always said that when you’re going into a home to recruit, you’re asking them to trust you to help raise their daughter. To have one of my own, I look at who I recruit, the character of who we’re bringing into our family.”

Who better to personify LSU’s head coach than senior leader and Fargas’ niece Khayla Pointer, who’s just 66 points away from becoming the 34th player in program history to score 1,000 career points. For Pointer, it’s so much more than the X’s and O’s that make her appreciate her aunt. It’s her wisdom, her guidance and the values she’s ingrained in her players over the years.

“It’s been great,” Pointer said. “I definitely don’t regret my decision to come here. It’s never anything negative (with Fargas), always being positive. It’s just the type of person that she is. She has a great confidence about herself. It’s the way she carries herself, and she tries to instill that in us so we can be great women that are prepared for the outside world when we leave here.”

So just like that, a decade has come and gone, but now another one begins.

Most of the questions Fargas answered in respect to her 10-year stint at LSU were in some way or another circled back to this year’s team. That’s how you know she’s focused. Most of all, that’s how you know the time for reflection is over.

As she tips-off her 10th season on Friday night, the ultimate goal remains the same as when she first arrived: to cut down nets. She likes the team she returns, she’s confident about the work that’s been put in, and a deep run into March is the target in sight.

“This is going to be an exciting time for our team,” Fargas said.