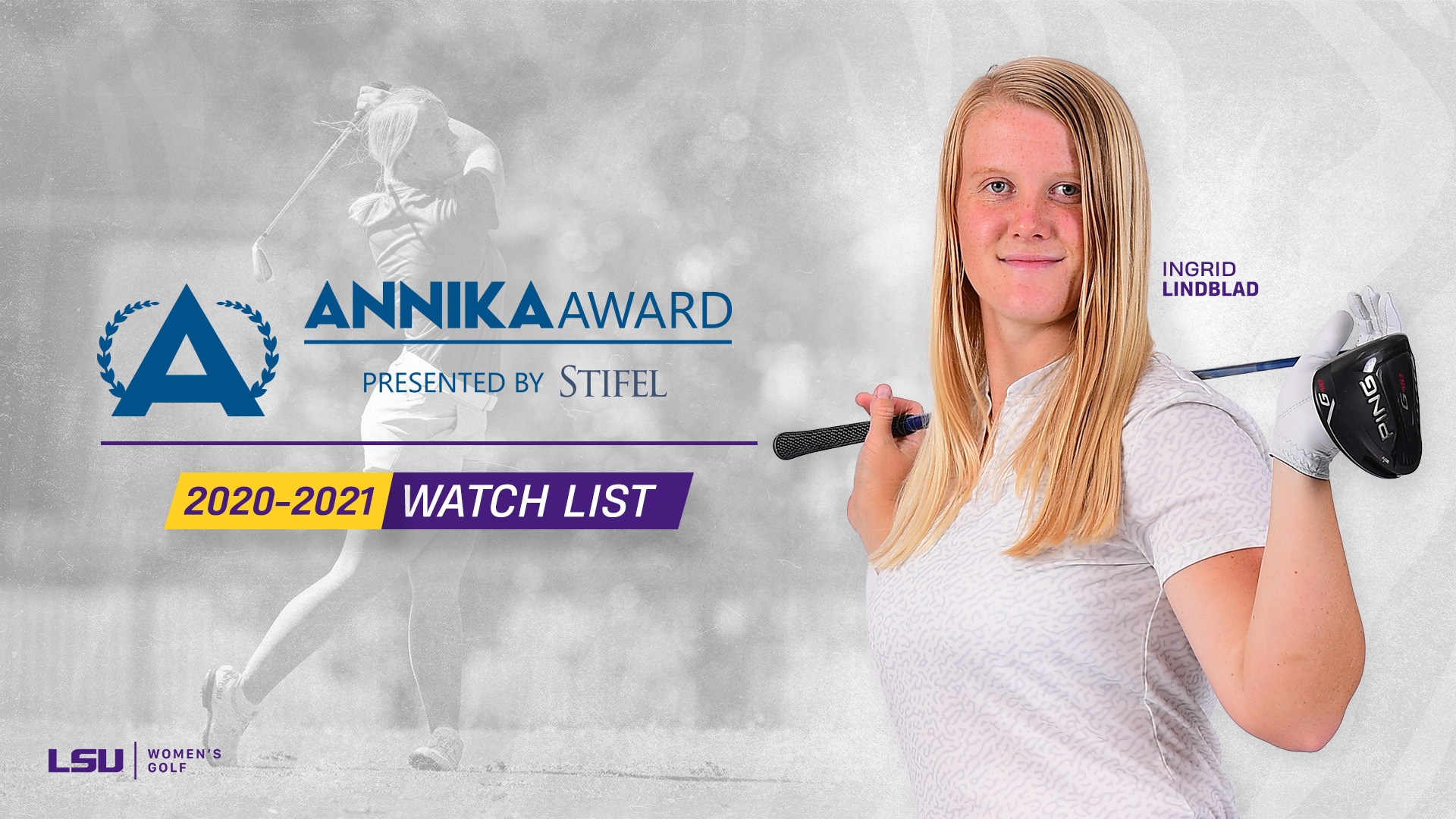 BATON ROUGE, La. – LSU sophomore Ingrid Lindblad continues to be a member of the 2020-21 ANNIKA Award Watch List following the completion of the Fall 2020 season. Lindblad is one of 20 players on the list.

Lindblad recorded three Top-10 finishes during the 2020 Fall season, placing second at the Blessings Collegiate Invitational, in a tie for third at The Ally and tied for seventh at the Liz Murphey Fall Collegiate Classic. She is shooting a 70.78 average and is ranked No. 3 by Golfstat and No. 2 by Golfweek among NCAA players. Six of her nine rounds this Fall were par or better, including two rounds in each tournament.

Lindblad, a native of Halmstad, Sweden, was a 2019-20 Top-3 finalist for the ANNIKA Award following a record-setting rookie season in the purple and gold. She became the second Tiger to be named a finalist in the seven previous seasons of the award program, joining fellow Swede Madelene Sagstrom, who was LSU’s first finalist in 2015. Lindblad also received an invitation to the 2020 Augusta National Women’s Amateur, which has been deferred to 2021, and was selected to the International Team for the 2020 Arnold Palmer Cup, scheduled for December 21-23 at Arnold Palmer’s Bay Hill Club & Lodge in Orlando, Florida.

Last season Lindblad was named to the Golfweek All-America Teams, All-SEC Teams and the SEC All-Freshman Team. She also received WGCA All-America honors and was the first LSU player to be named SEC Golfer of the Year and Freshman of the Year.

Lindblad posted the lowest single-season average in LSU history with a 70.33. She finished the season ranked No. 2 by Golfweek and No. 9 by Golfstat. She shot 14 of 21 rounds of par or under over seven tournaments. She recorded five Top-5 finishes with two wins at the Magnolia Invitational (October 14-16, 2019) and the Florida State Match-Up (February 29-March 1, 2020). Lindblad shot a career single-round low of 6-under 66 to start the Spring season in the first round of the IJGA Collegiate Invitational on February 16, 2020.

LSU ended the Fall portion of the 2020-21 season ranked No. 3 by Golfstat and No. 4 by Golfweek. The Tigers are expected resume competition in February 2021.