Victories and Top-Times Highlight the Night in Texas 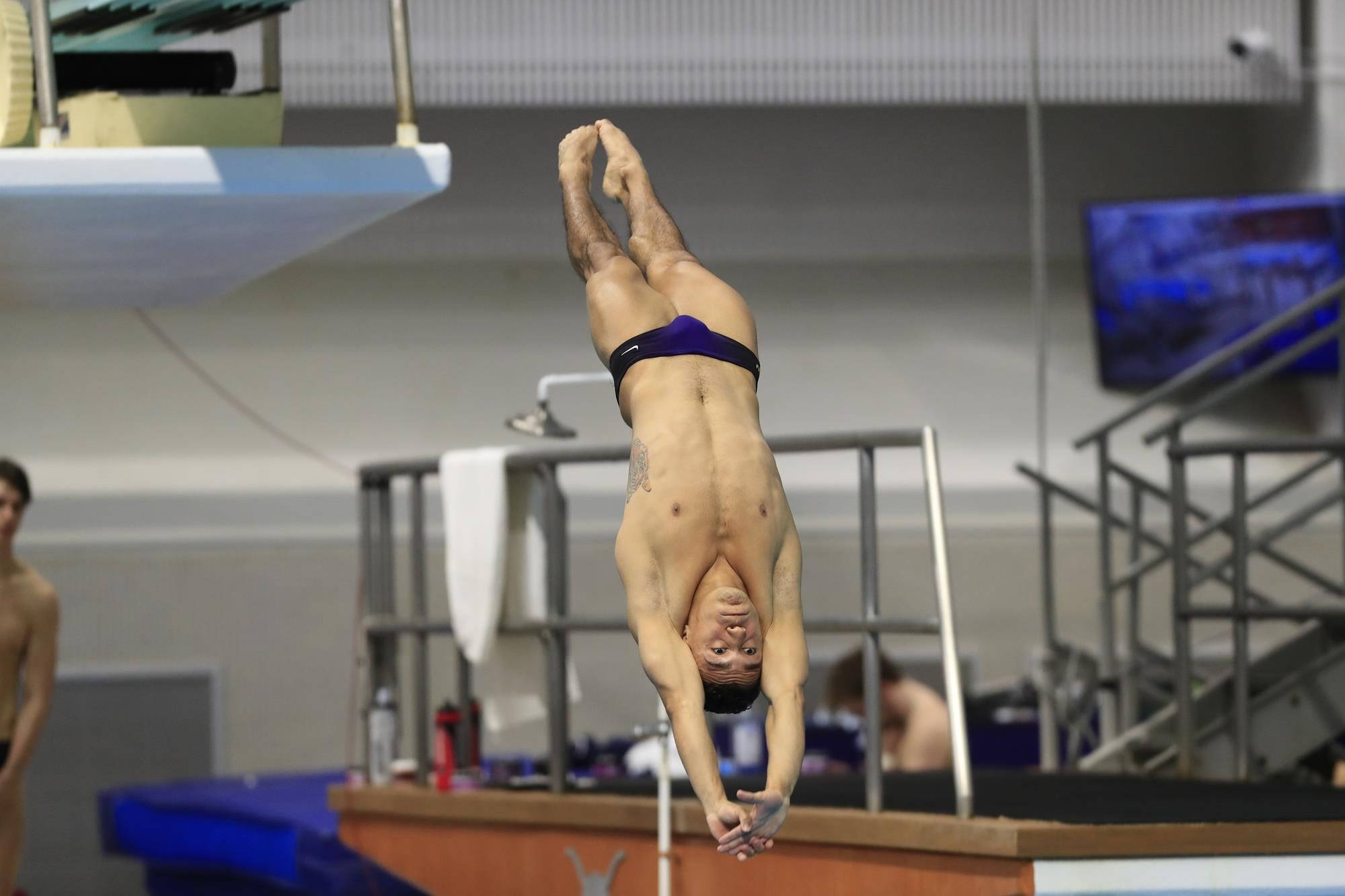 TEXAS – LSU’s Emilie Boll and Juan Celaya-Hernandez both brought home victories for the Tigers on Thursday night in Texas. Boll won the 100-Yard Breaststroke at the Art Adamson Invitational and Celaya Hernandez won the One-Meter Springboard at the Texas Diving Invitational. Friday’s prelims for both invitationals will begin at 10 a.m. CT in College Station and Austin, Texas.

“We are definitely making some great adjustments as a whole as we continue to race this week,” said LSU head swim coach Dave Geyer. “By the end of tomorrow we are going to have some athletes race more times in three days then they did the first 11 months of the year.”

The men’s team of Miguel Velasquez, Luca Pfyffer, Emil Hassling, and Brooks Curry finished in third place with a time of 1:28.03. The team of Michael Foley, Mitch Mason, James Henderson, and Jack Jannasch touched the wall in 1:31.00 to finish in sixth place.

The 400-Yard IM kicked off the individual events for the night. For the women, Jessica Pryne swam the eighth best time in LSU history, a 4:16.68, to finish in third place. Jolee Liles finished in eighth place with a time of 4:26.58.

For the men, Hassling and Henderson finished in seventh and eighth place with times of 49.94 and 50.83.

In the Women’s 200-Yard Freestyle, Milutinovich and Stanfield finished second and third with times of 1:47.47 and 1:47.52. Stanfield’s time propels her to ninth all-time in school history. Bellina finished next in fourth place after touching the wall in 1:49.30. Kit Hanley, Alyssa Helak, and Reagan Osborne finished in fifth, sixth, and seventh, rounding out the six Tigers in the ‘A’ Final. In the ‘B’ Final, Kylie Bennett and Jolee Liles finished in ninth and 15th place with times of 1:52.07 and 1:57.71.

“We saw some exciting things from our newcomers today,” said Coach Geyer. “It is always a good sign when they start to make marks on the top-ten times list.”

In the last individual event of the day, the 100-Yard Backstroke, Milutinovich, Brittany Thompson, and Helak finished in fourth, fifth, and sixth place with times of 54.48, 55.30, and 55.61. Kalisz, Roycraft, Sarah Grace Thompson, and Johannah Cangelosi finished in ninth, tenth, 12th, and 14th place in the ‘B’ Final.

To wrap up the night in the 800-Yard Freestyle Relay, the team of Hanley, Pryne, Liles, and Sarah Grace Thompson finished in third place with a time of 7:30.18.

The men’s team of Vikstrom, Hassling, Nyboer, and Boylan also finished in third place with a time of 6:41.84.

“Tomorrow is going to be a challenge,” continued Geyer. “I know there is some fatigue right now and we will see where we really are tomorrow and who can mentally work their way through the sessions.”

“Special congratulations to Juan,” said LSU head diving coach Doug Shaffer. “He has not competed on one-meter since the 2019 NCAA Championships so it was exciting to see him compete out there once again.”

“Overall I am pleased with the performance of the Tigers at the Texas Diving Invitational,” said Coach Shaffer. “Honestly, it is just rewarding to be on the road and competing at a competition period. This is the highest level of diving competition we will face all year so to stand up and be competitive is optimistic looking forward.”

You can watch all the action from the Art Adamson Invitational on the ESPN App.

Check out the Texas Diving Invitational on the ESPN App and the Longhorn Network.