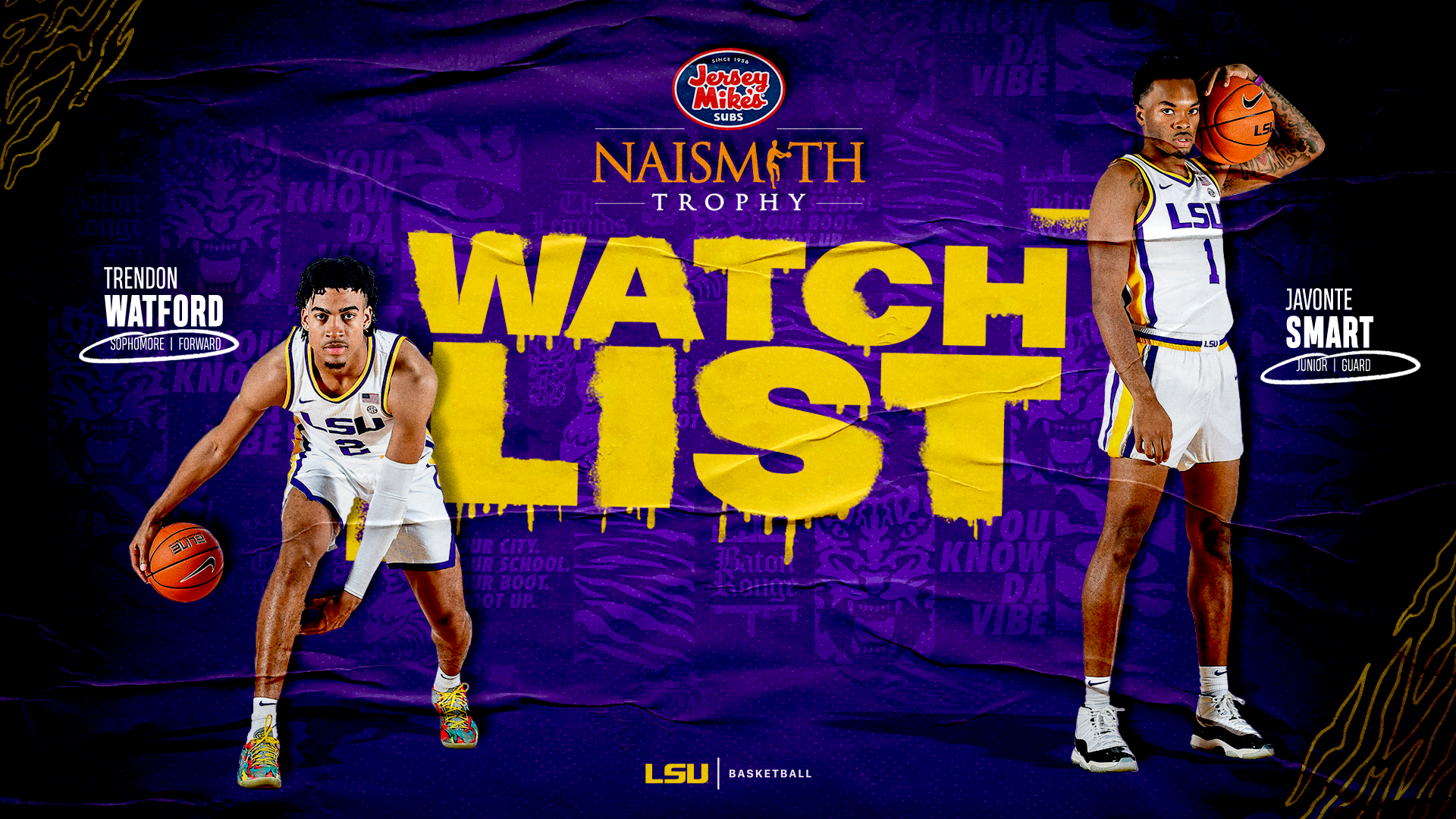 Gonzaga leads the 50-player watch list with four players included on the list, followed by Duke with three. Seven schools have two players, including LSU. Overall, the ACC and Big Ten top the list, each with eight players represented, while the Big 12, Pac-12 and SEC are close runners-up with six candidates on the watch list.

“The beginning of the season is filled with excitement, optimism and anticipation as each team and every player is undefeated, making the race for the Jersey Mike’s Naismith Trophy wide open. While these 50 candidates are those to keep an eye on, there will be plenty of others who will enter the competition throughout the season,” said Eric Oberman, executive director of the Atlanta Tipoff Club. “This year will be especially exciting as players who were unable to finish their seasons last year have even more to prove.”

A list of the midseason 30 team will be released in early February, followed by the 10 national semifinalists and four finalists on March 4, 2021, and March 16, 2021, respectively. Players who do not make the watch list are still eligible to be selected for the midseason 30 team. The 2021 Jersey Mike’s Naismith Trophy will be awarded during the Final Four at the Naismith Awards Brunch on April 4, 2021.

Smart, Watford and the LSU Tigers open the 2020-21 season on Wednesday (Nov. 25) at the Golden Window Classic in Lincoln, Nebraska against San Francisco.

ABOUT THE ATLANTA TIPOFF CLUB
Founded during the 1956-57 season, the Atlanta Tipoff Club is committed to promoting the game of basketball and recognizing the outstanding accomplishments of those who make the game so exciting. The Atlanta Tipoff Club administers the Naismith Awards, the most prestigious national honors in all of college and high school basketball. Named in honor of Dr. James Naismith, inventor of the game of basketball, the family of Naismith Awards annually recognizes the most outstanding men’s and women’s college and high school basketball players and coaches. Other Naismith Awards are presented to the men’s and women’s college basketball defensive players of the year, as well as lifetime achievement awards to basketball officials and outstanding contributors to the game. UCLA’s Lew Alcindor received the first Jersey Mike’s Naismith Trophy in 1969, while the late Anne Donovan (Old Dominion) was the inaugural women’s recipient in 1983. Corporate partners of the Naismith Awards include Jersey Mike’s and Werner Ladder.