LSU's Skylar Mays Selected In Second Round Of NBA Draft 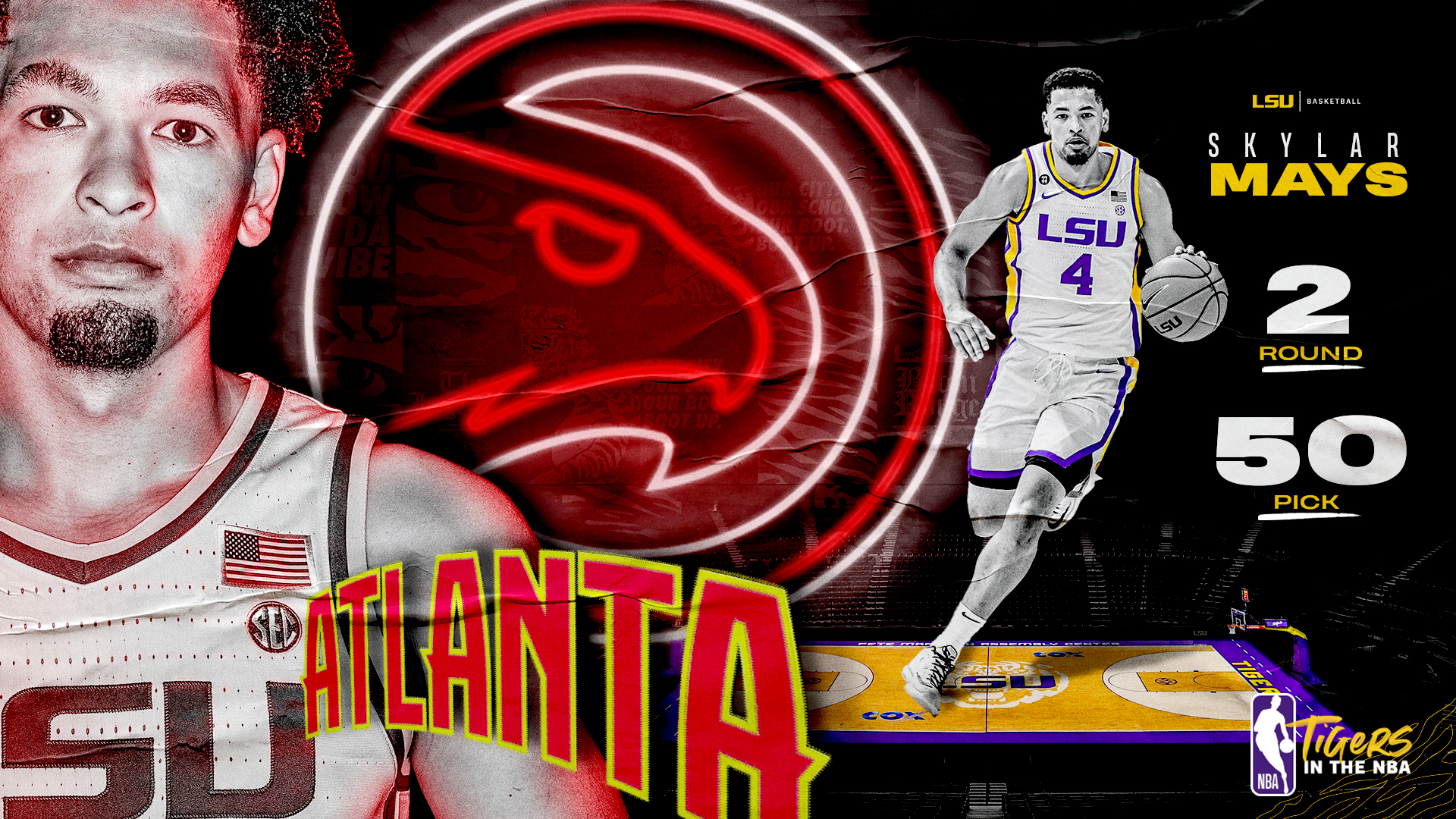 BATON ROUGE – For the second straight year an LSU player was selected in the second round of the NBA draft as Skylar Mays, after an award winning four-years at LSU, was selected  with the 50th pick by the Atlanta Hawks on Wednesday night.

Mays watched the draft at his family’s home in Baton Rouge with some 20 family and friends who have watched Mays take the journey through the ranks of winning state championships at University High School to a year at Findlay Prep in Henderson, Nevada.

He returned to Baton Rouge to attend LSU and helped the Tigers establish a winning culture that won the Southeastern Conference title and reach the NCAA Sweet 16 in 2019 and complete his college play with 21 wins and a second place SEC finish in 2020 before the season was abruptly ended.

The Baton Rouge native and LSU graduate received two of the top honors in college basketball when he was named the 2019-20 Academic All-America of the Year for Division I men’s basketball and the winner of the Southeastern Conference’s H. Boyd McWhorter award as the top student-athlete in the league during his senior season.

Mays was a top 10 finalist for the Jerry West Ward as one of the nation’s top shooting guards and the final 10 for the NCAA Senior CLASS Award.

He averaged 16.7 points per game and was second on the team in assists, averaging 3.2 per game. Mays is the only player in LSU history to accumulate 1,600 career points, 400 rebounds, 300 assists and 200 steals. Mays was a first-team All-SEC member.

Mays finished his career in the top 10 in nine LSU career statistical categories and was just the fifth LSU player since 1967-68 to average at least 16.7 points, 5.0 rebounds and 3.2 assists in a single season joining Ben Simmons, Ricky Blanton, John Williams, Glenn Hansen and Pete Maravich.

After the selection, ESPN analyst Jay Bilas called him, “Ridiculously smart … He’s a complete guard. Just the fact that he is mature, he knows how to play and will play on both ends of the floor. A really impressive young man.”

Mays is the 57th player selected from LSU for the draft and becomes the second Will Wade coached LSU player drafted to the NBA.