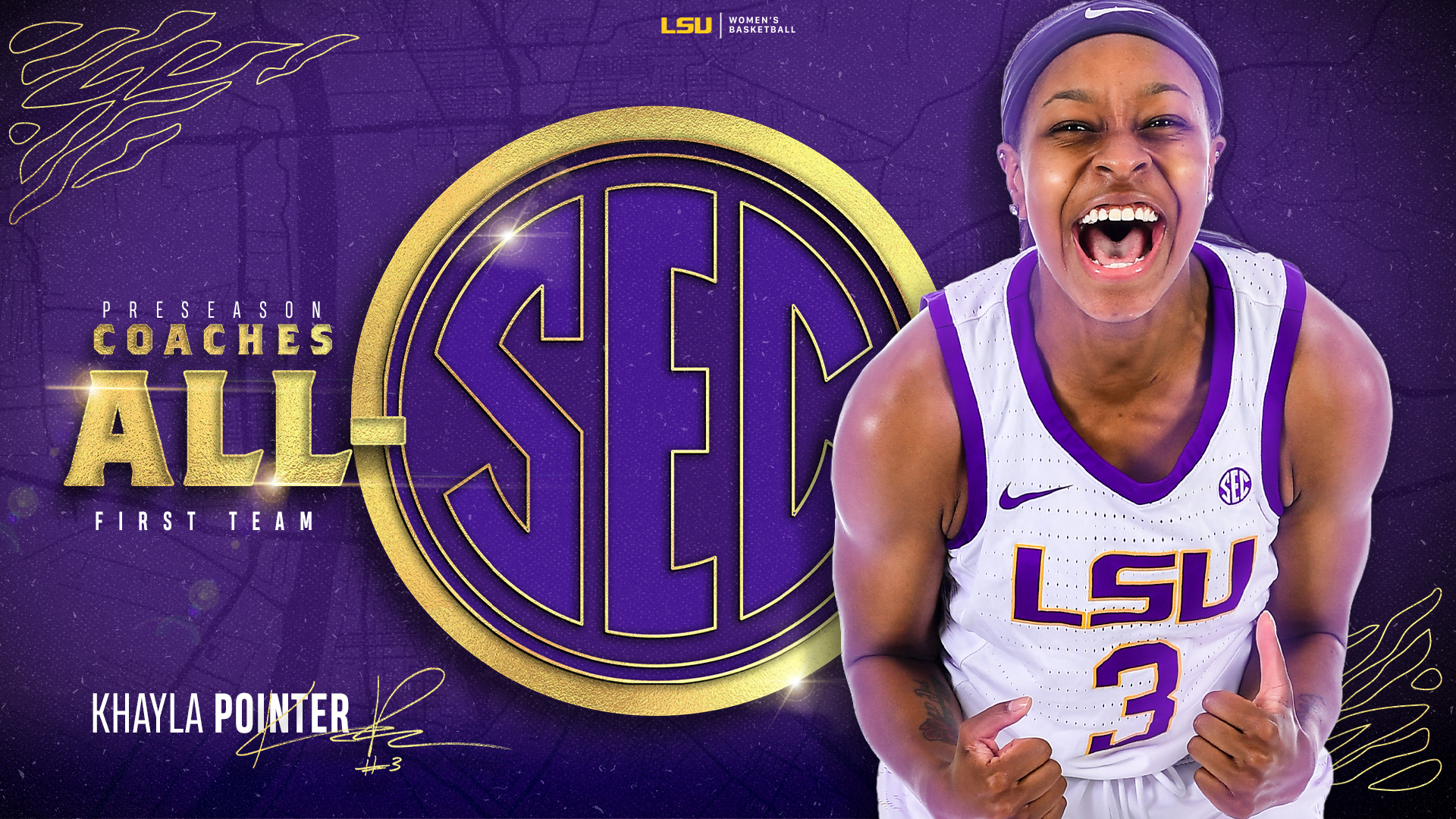 The 5-7 Marietta, Georgia, native finished her junior year ranked 10th in the SEC in scoring with 14.8 points per game. A mainstay at the point for LSU for three seasons, Pointer was third in the league in assists per game (4.7), fifth in steals per game (2.1) and seventh in assist/turnover ratio (1.7). She was also the team’s best free throw shooter at 71.6 percent which ranked 10th in the SEC. Pointer was an ironwoman on the court, averaging 32.7 minutes per game. She had a stretch during the 2019-20 season where she played three consecutive, 40-minutes games – February 2 vs. No. 15 Texas A&M, February 10 vs. Missouri and February 13 vs. No. 23 Tennessee. All three games were victories at home in the Pete Maravich Assembly Center. Over that three-game stretch she averaged 18 points, 5.3 rebounds, 4.7 assists and 2.1 steals per game.

Pointer is on pace to become the 34th Tiger women’s basketball player to score 1,000 career points for the Purple & Gold as she starts the season with 934 points. She currently ranks 14th on the LSU career assists list with 341 and needs 60 steals to crack the LSU Top-10 career list.

The coaches also selected a predicted order of finish for 2020-21 and ranked LSU seventh in the league. On Nov. 20, women’s basketball media members from aroud the SEC also pick the Tigers to finish seventh. LSU finished the COVID-shortened 2019-20 season at 20-10 overall and 9-7 in SEC action. The Tigers return four starters, including Pointer, redshirt senior Faustine Aifuwa, seniors Jailin Cherry and Awa Trasi. It was the fifth 20-win season in head coach Nikki Fargas‘ nine seasons at the helm.

Aifuwa continues to dominate in the paint for LSU. The 6-5 center from Dacula, Georgia, finished the season ranked 30th in the nation with 63 blocked shots on the season and 35th in blocks per game with a 2.1 average. Both marks ranked third in the SEC. She finished the season ranked sixth in rebounds per game with a 7.9 average. Against Auburn on February 16, she scored the first 20-point game of her career to go along with 10 rebounds. She finished with seven games of double-digit rebounds, including a career-high 16 boards in a win against No. 15 Texas A&M on February 2. In the regular season finale at Arkansas on March 1, she blocked a career-tying seven shots.

Cherry and Trasi locked down their places in the starting lineup late in the season. Trasi finished the season fourth on the team in scoring with 6.5 points per game, while Cherry was fifth with 5.8 points per game. Trasi brought added strength to the team’s post play while being able to hit long range from the perimeter with a team-leading 27 three-point baskets made. Cherry brought depth to LSU’s guard capabilities and was second on the team with 35 steals.

LSU is scheduled to begin the 2020-21 season on Friday, November 27 against BYU in the first round of the South Point Thanksgiving Shootout in Las Vegas. The Tigers will face West Virginia on Saturday, November 28 to close out the tournament. For a complete schedule, go to LSUsports.net.