Tigers Fall 1-0 to No. 8 Texas A&M in SEC Quarterfinals 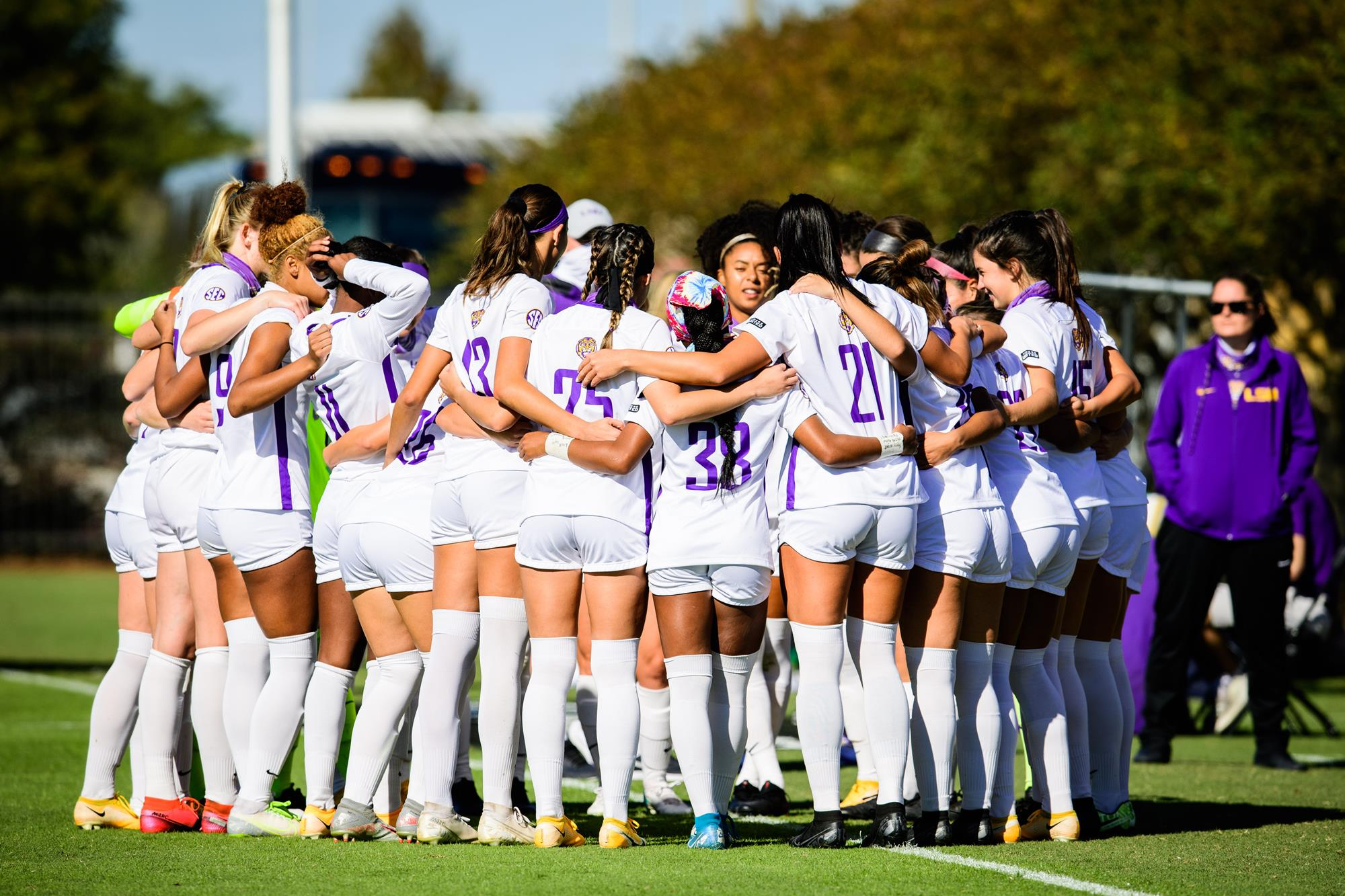 Orange Beach, Ala. – The LSU soccer team’s run in the SEC Tournament ended in the quarterfinals when they fell to No. 8 Texas A&M by a score of 1-0 on Tuesday afternoon at the Orange Beach Sportsplex. Texas A&M scored the lone goal of the afternoon in the 41st minute after Jimena Lopez’s freekick from 30 yards out found its way into the back of the net. With the defeat, LSU closes the fall portion of the season with a record of 2-7-2.

“I told our girls to keep their heads held high,” head coach Sian Hudson said. “I’m so proud of our effort. We dominated possession in that second half, but we just couldn’t get any of our chances in the back of the net.

“The strides we made this season as a program were instrumental in what we are trying to accomplish here. I can’t thank this team enough for coming together and bringing a positive attitude to each and every training session and game we played. We will be back and are looking forward to the Spring portion of our season.”

Texas A&M scored the lone goal of the afternoon in the 41st minute. Lopez hit the ball with power and into heavy winds and was able to beat Swift to end up in the back of the net and give her team a 1-0 lead.

LSU had a chance in the 44th minute, with junior Reese Moffatt’s freekick from 28 yards out requiring a save from Aggie goalkeeper Kenna Caldwell.

The Tigers applied pressure in the second half chasing for an equalizer while also defending well to deny clear chances for the Aggies. In the 61st minute, junior Shannon Cooke sent an effort from outside the box that Caldwell was able to save. Junior Tinaya Alexander had an opportunity in the 73rd minute when she received the ball near the top of the box and cut inside to beat her defender, but her left footed shot was saved by the goalkeeper. Cooke was active once again minutes later, sending a ball in from outside the box that required the intervention of Caldwell once again.

LSU’s final two chances of the match fell to sophomore Maddie Moreau. In the 83rd minute, Moreau found herself on the end of a cross from fellow sophomore Rammie Noel, but couldn’t direct her header from eight yards out on target. The final chance came three minutes later as Moreau ripped a shot from just outside the box that narrowly curled off target. Despite the strong play and chances in the second half, the Tigers were not able to equalize and Texas A&M was able to squeeze out the 1-0 win.