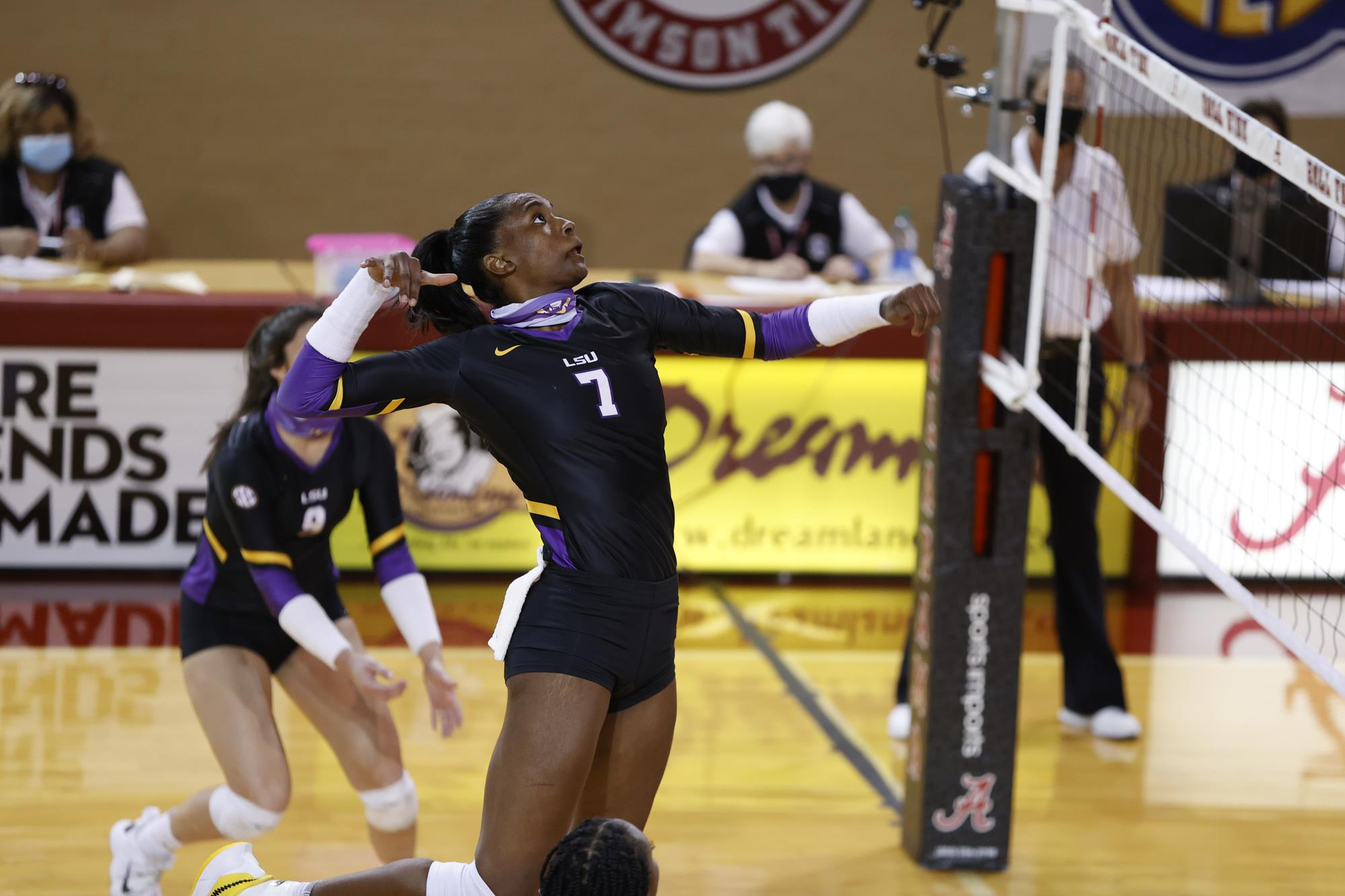 The Tigers advanced to 3-3 on the season while Alabama fell to 2-6.

“We were a whole lot more disciplined today,” said head coach Fran Flory. “I think Jill Bohnet came in and did a great job in the libero jersey. I thought Karli (Rose) set well – we were efficient offensive. Dyaln (Maberry) hasn’t really had a chance yet this year and she got her chance today and she took advantage of it.”

In Bohnet’s first career start at Libero she had 14 digs and had zero hitting errors allowing sophomore setter Karli Rose to dish the ball for 25 total assists to a number of different Tigers.

“We were assertive behind the serving line. We needed to control the serve and pass battle. We did a really poor job of that yesterday and we did a much better job today.”

LSU was dominant serving the ball, tallying 13 aces compared to Alabama’s three. The Tigers did a really good jo of controlling the ball with a .932 reception percentage. Taylor Bannister had five aces, Rose had four and Emmaline had two, the first time since 2018 that three Tigers finished with multiple aces.

The senior Bannister led LSU with 11 kills and also had 10 digs for her fourth double-double of the season. She also led LSU with 5 total service aces.With her fourth kill of the match, Bannister moved past Kelly Thompson into the No. 10 spot on LSU’s all-time kills leaderboard.

“Taylor is a point scorer,” said Flory. “She is the person who gets the ball in clutch situations and scores points.”