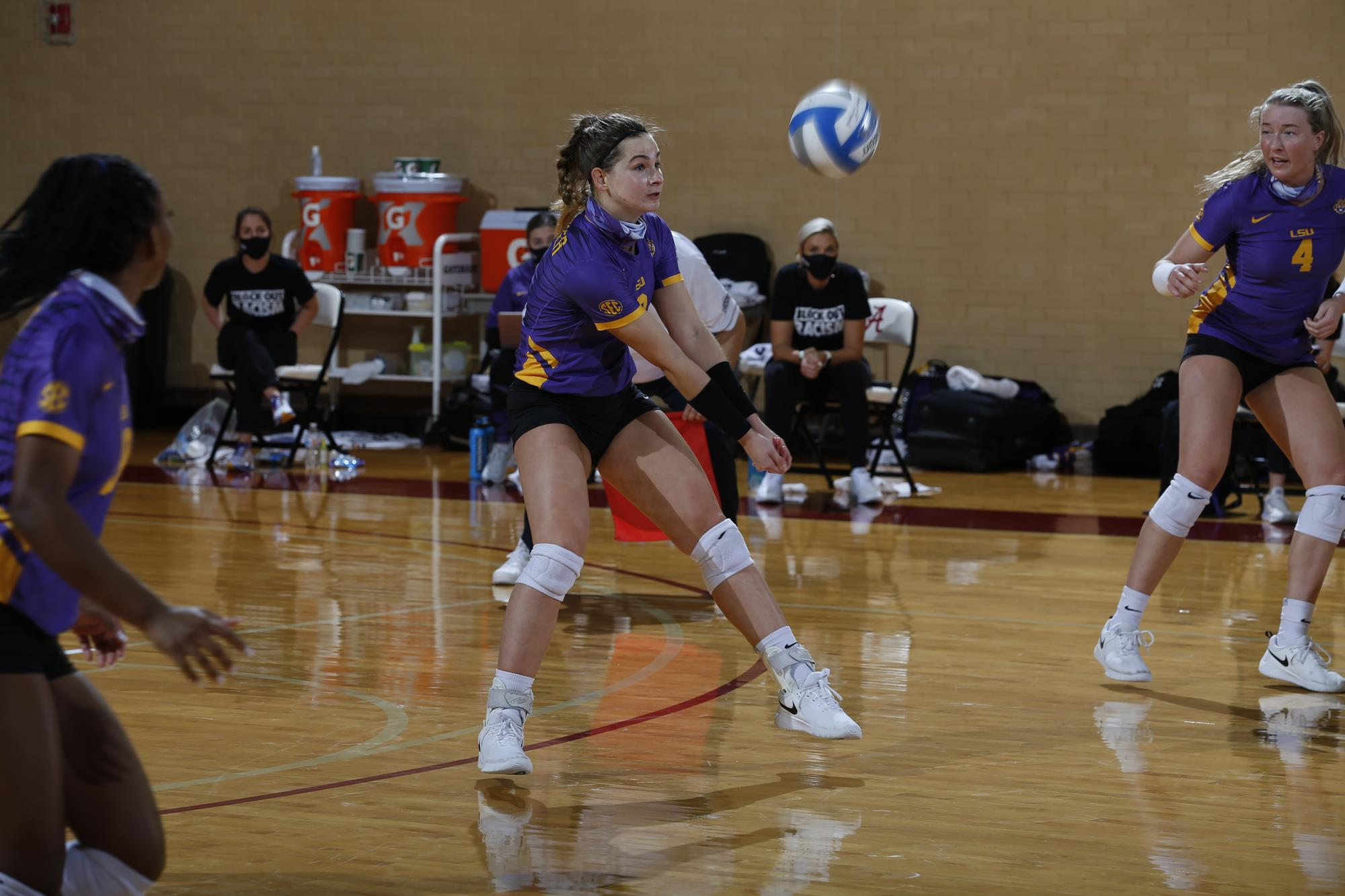 LSU is set to take on the Alabama again on Monday afternoon for the Tigers’ final road match of the Fall. First serve is slated for 1 p.m. CT and the match will stream on the SEC Network+. LSU will wrap up its Fall schedule at home against Ole Miss November 24-25.

After not having competed since October 22, LSU came out of the gates strong, hitting .600 in the first set with zero hitting errors as the Tigers took an early lead. The offensive productivity proved to be unsustainable though as LSU was ultimately outhit by Alabama .310-.272 throughout the entirety of the four sets. After claiming the first set, LSU dropped the next three sets as Alabama got their second win of the Fall on its senior day.

Freshman Paige Flickinger recorded a double-double for the second consecutive match with 10 kills and a team-high 16 digs. Senior Taylor Bannister had a team-high 15 kills and needs only three more join the Top-10 of LSU career kills list. Freshmen Alia Williams had eight kills, the most yet in her young career. The sophomore setter Karli Rose added three kills as well to go with her 40 assists. Sophomore Anita Anwusi played with force at the net tallying three solo blocks and another block assist. She also added 10 kills of her own.

Alabama’s Kennedy Muckelroy and Alyiah Wells each had 17 kills and four Alabama players had 10 or more digs. Alabama had 12 seven total service aces, led by Muckelroy who had four on her own.