Volleyball Returns to Action at Alabama 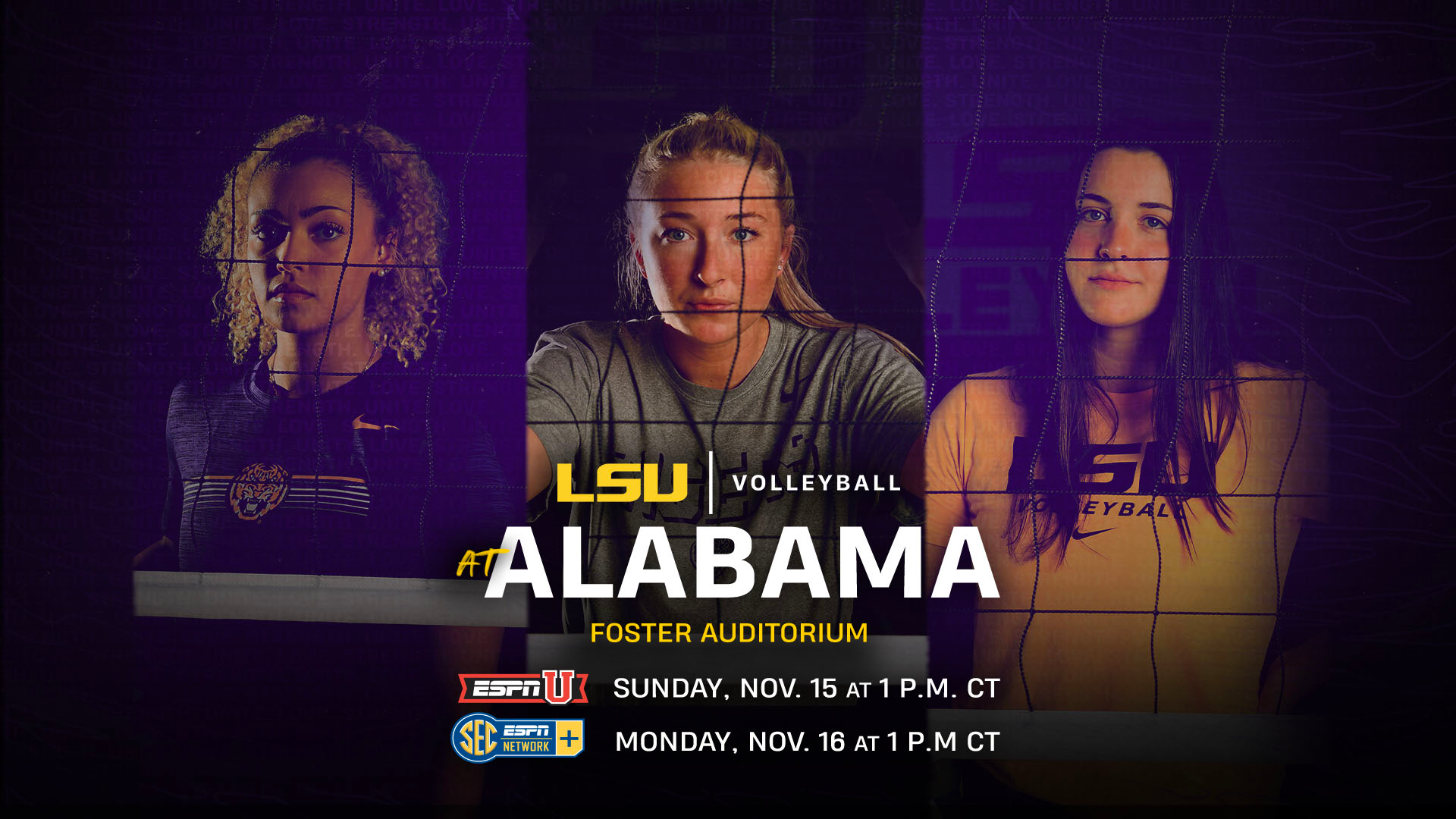 TUSCALOOSA, Ala. – The LSU Volleyball team (2-2) will return to action Sunday, November 15 and Monday, November 16 at Alabama (1-5) when the Tigers square off against the Crimson Tide in Foster Auditorium. First serve will be at 1 p.m. CT both days.

Sunday’s match is set to air on ESPNU and the match on Monday will stream on the SEC Network +.

“Our team has been patient and they have grown and improved over the past few weeks,” said head coach Fran Flory. “Getting to compete, you could see watching them in practice this week, it’s match week. The anti is up a little bit. The competitiveness in practice is higher and they’re focused. They’re ready to go and compete.”

The Tigers will return to action for the first time since October 22 when they beat Mississippi State for the second consecutive night. LSU’s matches originally scheduled for last week against Ole Miss were postponed to November 24-25 in Baton Rouge

“The key will be how we jump into competition,” said Flory. “Alabama has played (recently) and we have not. We have to be patient to start the match. Either we’re going to start at a super high level and then we just have to maintain and understand we’re going to come down to the middle at some point, or we’re going start and not quite be ready and be patient to allow ourselves to work into it.

Alabama started the season 0-4, but picked up its first victory of the season last weekend when it won the first of two matches at Georgia before dropping the second match.

LSU has excelled on the defensive side and controlling the ball so far this season as the Tigers lead the SEC with 17.63 digs per set. Taylor Bannister, Jill Bohnet, Raigen Cianciulli, Paige Flickinger and Samarah Hill have all recorded over 40 digs this season.

Senior right side hitter Taylor Bannister has led the offensive attack for LSU as she leads the SEC with 5.13 kills per set through the season thus far. Bannister is close to cracking into the Top-10 on LSU’s all-time kills with 1,337 in her career. With another 18 kills she will join the Top-10.

Freshman outside hitter Paige Flickinger has stepped up for the Tigers and played a pivotal role in LSU’s last match against Mississippi State, earning her first career double-double with 12 digs and 11 kills.